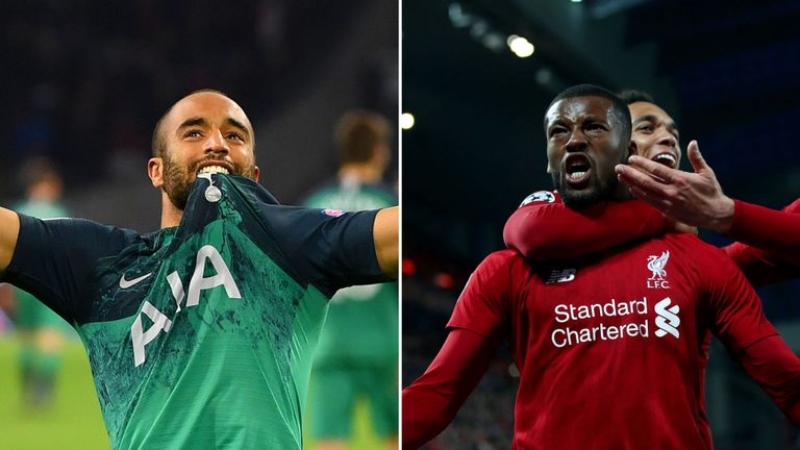 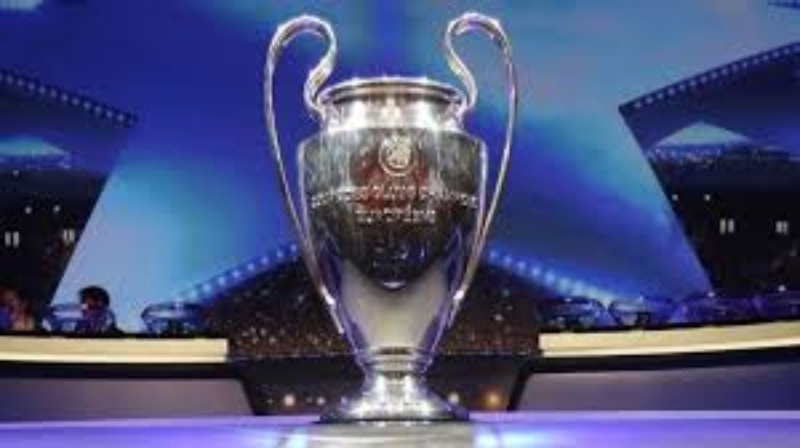 TAKE a big bow if you’re from England, widely regarded as the “Home of Football” as the English clubs have created European football history by taking all four final spots in the continent’s two major competitions.

After Liverpool’s sensational win over Barcelona and Tottenham’s come-from-behind against Ajax in the Champions League, more good news followed Thursday night in the Europe League.

Arsenal won in Valencia and Chelsea beat Eintracht Frankfurt to create an extraordinaru line-up – it is the first time all four finalists in Europe’s top two competitions have come from one nation!

There have only been two all-English finals before, with Tottenham beating Wolves in the 1971-72 Uefa Cup and Manchester United beating Chelsea in the 2007-08 Champions League.

Spain had three teams in the finals of the two competitions in 2015-16, with Real Madrid and Atletico Madrid contesting the Champions League trophy and Unai Emery’s Sevilla winning the Europa League. 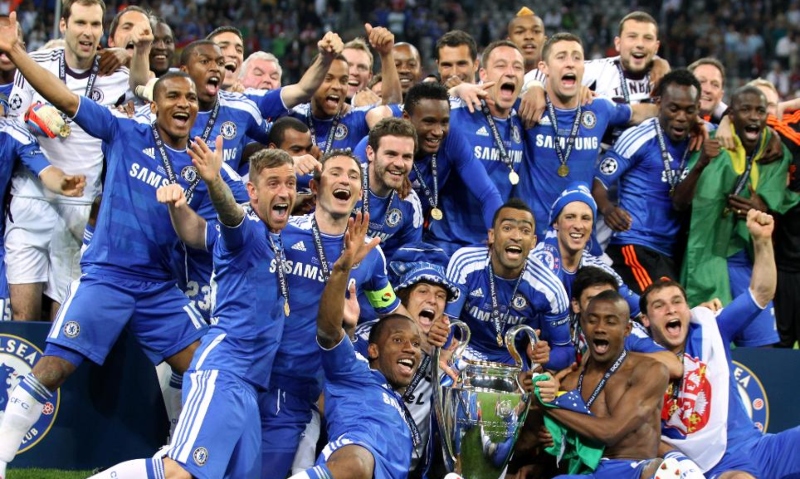 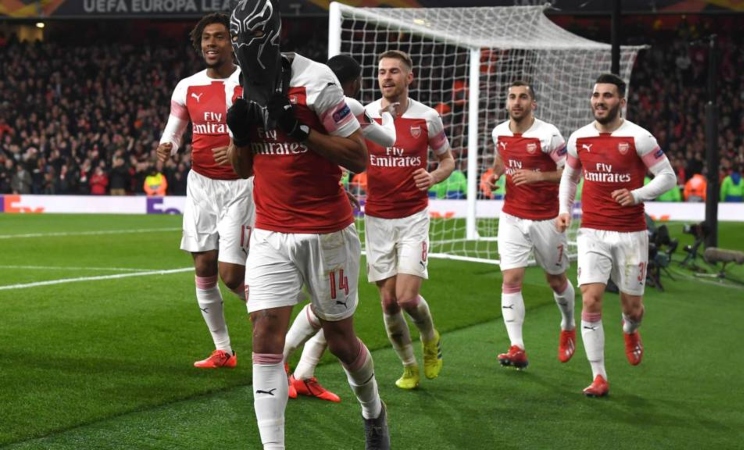 Chelsea’s Italian-born manager Maurizio Sarri says: “This confirms that in England the level is very high and the Premier League is the best championship in Europe.”

Arsenal and Chelsea will meet in Baku, Azerbaijan – 2,468 miles from London – on May 29, with a Champions League spot at stake for the Gunners, who could become the fifth English side to qualify for next season’s competition. Chelsea is already assured of their place after cementing a top-four finish in the Premier League.

But Chelsea and Arsenal fans will be gritting their teeth in frustration as they have to travel across Europe to Azerbaijan’s Baku’s Olympic Stadium, with a capacity of 68,700, but Uefa (the organisers) has allocated only 6,000 tickets to each club.

This decision Arsenal described as “disappointing”, adding that it presents them with “extreme difficulties” in how to allocate tickets”. 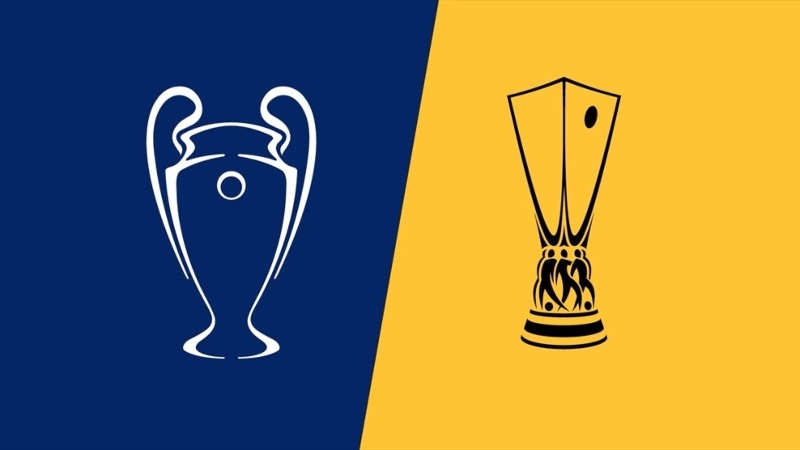 Likewise for Tottenham and Liverpool who will meet in Madrid on 1 June, with fans of those clubs limited to about 17,000 tickets only. They also face also travel issues of their own, with direct flights from the UK reaching £1,300 and some airlines being accused of “profiteering”.

But the good news is that the Premier League clubs’ achievements means there will also be, for the first time, an all-English Uefa Super Cup in August.

Travelling, yet again, may be a headache of sorts as for the victors as the Champions League winners will face the Europa League winners (either Arsenal or Chelsea) in the Uefa Super Cup in Istanbul, Turkey on Wednesday, August 14.

Hey, don’t grumble too much on cross-country travels.  if you think those trips are remarkable for two teams from the same city, they are nothing compared to the 2018 Copa Libertadores final. In December, the sceond-leg of South America’s showpiece event, originally due to be staged in Buenos Aires in Argentina  was moved more than 6,000 miles to Madrid after the Boca bus was attacked on its way to the stadium.

Who qualifies for Europe usually?: The top four teams in the Premier League qualify for the Champions League, while the FA Cup winners, the Carabao Cup winners and the fifth-placed side in the top flight go into the Europa League.

If the Cup winners finish in the top four, their places go to the teams ranked sixth and seventh. But the winners of the Champions League and Europa League – both guaranteed to be English – also qualify. So what happens here?

Arsenal is likely to finish fifth (or sixth if Manchester United overtake them on the final day). The Gunners are three points and eight goals behind Tottenham with one game left.

What if a team win either Cup and finish in the top four?: Liverpool and Chelsea are guaranteed top-four spots, with Tottenham likely to book theirs on Sunday.

If any of those teams win their tournament, their Champions League spot does not transfer down to the next Premier League side. So Arsenal cannot finish fifth, lose their Europa League final and qualify for the Champions League.

So Chelsea can deny Arsenal a place? : Yes, effectively Chelsea can stop Arsenal qualifying for the Champions League twice – through both the Premier League and Europa League (again presuming Arsenal doesn’t finish in the top four).

Maurizio Sarri’s side’s group spot for next season is booked through the league, which means all they are playing for in the Europa League final is the prestige of winning the trophy.

Arsenal  guaranteed at least a Europa League group spot?: Wrong. The teams who finish fifth (unless they win one of the tournaments) and sixth will qualify for the Europa League – along with the FA Cup winners.

That will probably be Arsenal and Manchester United in either order. If Manchester City win the FA Cup, then seventh place in the Premier League will go into the Europa League second qualifying round on 25 July.

But if Watford win the FA Cup, then the Hornets will go straight into the group stages – and sixth place in the Premier League goes into the qualifiers instead. That would mean Arsenal or United’s first leg would clash with their pre-season plans abroad.

But whatever the possibilities or probabilities, for the moment, just start celebrating as a proud English fan.

England has shown why it is widely regarded as the “Home of Football” by taking all four final spots in the continent’s two major competitions. – By SURESH NAIR