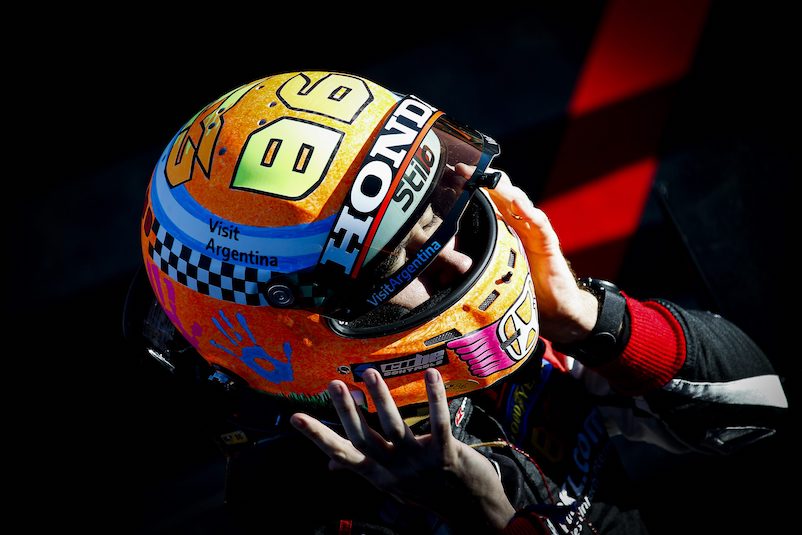 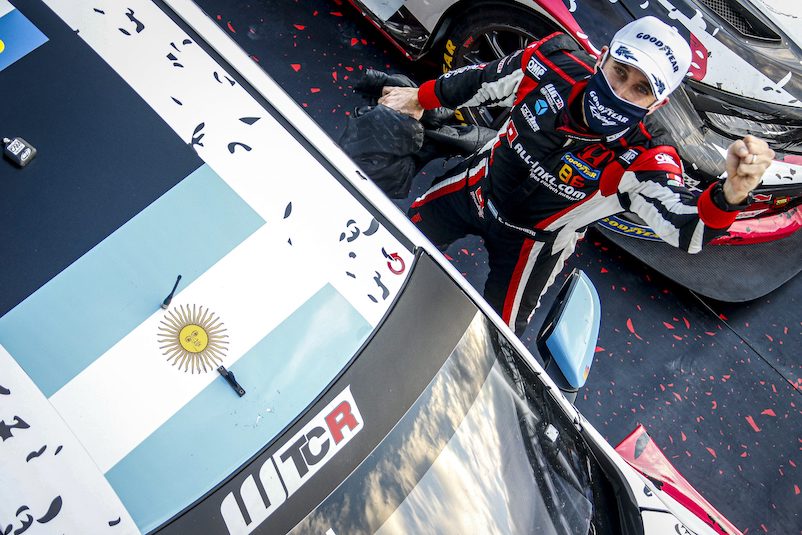 Esteban Guerrieri has won more WTCR − FIA World Touring Car Cup races than any of his rivals with 10 triumphs to his name. But, to date, the coveted title has eluded him at each of the three season finales held so far.

Equipped with a Honda Civic Type R TCR on Goodyear tyres, the 36-year-old from Argentina heads into the new campaign with high hopes, particularly at the Nürburgring Nordschleife, where he was a winner for ALL-INKL.COM Münnich Motorsport last September.

WTCR 2021 is set to start on the world’s toughest track, the legendary Nürburgring Nordschleife. But it’s a track where you’ve delivered some of your best performances. Does that make you confident you can hit the ground running when the new season begins?
“It will be very, very challenging for all the drivers to start on the Nordschleife. Having not raced for seven months we’re going to be thrown into battle in the Green Hell and that’s something we have to cope with. It’s a lot of intensity to go straightaway for a first race in this kind of circuit where you can never have enough preparation. It will be a lot about how to progress during the practice and qualifying and try to deliver a good lap time.”

Because you’ve won at this track, including last season, does it help you not to be so concerned?
“To be honest I don’t try to think like that. When you get confident with this track it can get you. It’s not about what I’ve achieved here but about being very focused and knowing that the challenge is ahead of me and all of us. Then you’ve got to go and do it because it’s a matter of doing it and to see what comes.”

What are you expecting from this season?
“I’m expecting tough competition again. Last year we were beaten fair and square, definitely. We were always playing catch-up and never in a position we would have liked, like I was in 2019. I’m expecting strong competition but I’m expecting from our side a lot of more ‘into details’ and trying to improve in the areas where we know we were not so strong last season, because we have looked at our weak areas. Then we have to deliver lap after lap, race after race and I’m expecting it to be another tough season like all WTCR seasons.”

You mentioned you’d been playing catch-up last season. Was that because of the DNF in the first race at Zolder or was it a case of lacking performance?
“I think both. From one side, when you start the season with the wrong foot it’s always a bit of playing catch-up and you always need to go for a little bit more risk in the next race because you know you are behind. From the other side, the package from Lynk & Co in more areas they were better than us and they proved this on track. We had a lot of wins and podiums but they were more consistent and always had something in the pocket. In the end they had that extra we didn’t have.”

What areas of the car require improvement?
“I don’t want to get too much into details but it’s a package. The speed you don’t find only on braking or acceleration or in cornering. You have to find the package that works and gives confidence for the driver, a package that is quick for qualifying but also quick for racing. We will probably have to think outside the box a little bit.”

Is the WTCR a title you must win?
“I want it really badly. I really want to one day win a world title because it’s one of my dreams.”

Aside from the Nürburgring Nordschleife, what are your thoughts on the other venues on the 2021 calendar?
“To be honest I love the WTCR calendar. It’s a mix of everything, of big challenges like the Nordschleife, big challenges like the street courses. I like all the traditional circuits like Ningbo, Hungaroring, Aragón. We have good tracks but now will be the addition of Adria and Inje. We don’t know those tracks but it’s nice to mix it up a little bit, it’s cool and I’m happy with that.”

The Honda Racing driver line-up is unchanged for this year, how much of a benefit is that?
“When you know the group of people, you not only respect them but you become like a family, like friends. You have more empathy and relations with each of them. We keep in touch during the winter, we ask each other how we are doing. It’s a very nice group of guys we have become and hopefully it makes us stronger in the communication.”

Do you feel more prepared now heading into the start of a new season than you have ever been?
“I feel fresh, happy with a lot of energy. I feel energised, not only by doing motorsport, which is what I love, but about my personal life as well. I feel very happy with a good balance. To be honest I thank God for these moments. And this feeling together with the responsibilities I have with this job and the everyday life I feel it’s a nice combination. One thing is to be happy and relaxed but on the beach for 360 days is not the point. The point is to be happy and enjoy the responsibilities.”

How have you kept busy since the 2020 season finale at Aragón last November?
“I was in Argentina with my family and friends. I love doing sports so I have done a lot of sports and the training side has been part of the good balance of my life so I’m flat out training again.”

In terms of winning the title, how ready are you?
“I’m ready to deliver as much as I can. This hopefully is enough to win the title.”

MORE ON ESTEBAN GUERRIERI: REVISIT WTCR FAST TALK, THE LITTLE KID WITH THE BIG DREAM WHO MADE IT
“I was just a kid with this big dream and that’s what I say to all the kids to never stop dreaming and follow that fire that’s inside you. Keep believing and something will happen. When I was in second grade, I heard Ayrton Senna in an interview saying to become a Formula One driver you had to understand computers and telemetry and of course to speak English. I asked my mother to go to bilingual school to learn English. They changed me to a bilingual school and I learned English because I had in my mind to come to race in Europe. Actually, in the mornings when I didn’t want to wake up for school, I said to my mother ‘when I have the chance to go to race in Europe you will let me go, right?’ She would say ‘yeah Esteban, but now it’s time to go to school so wake up’.”