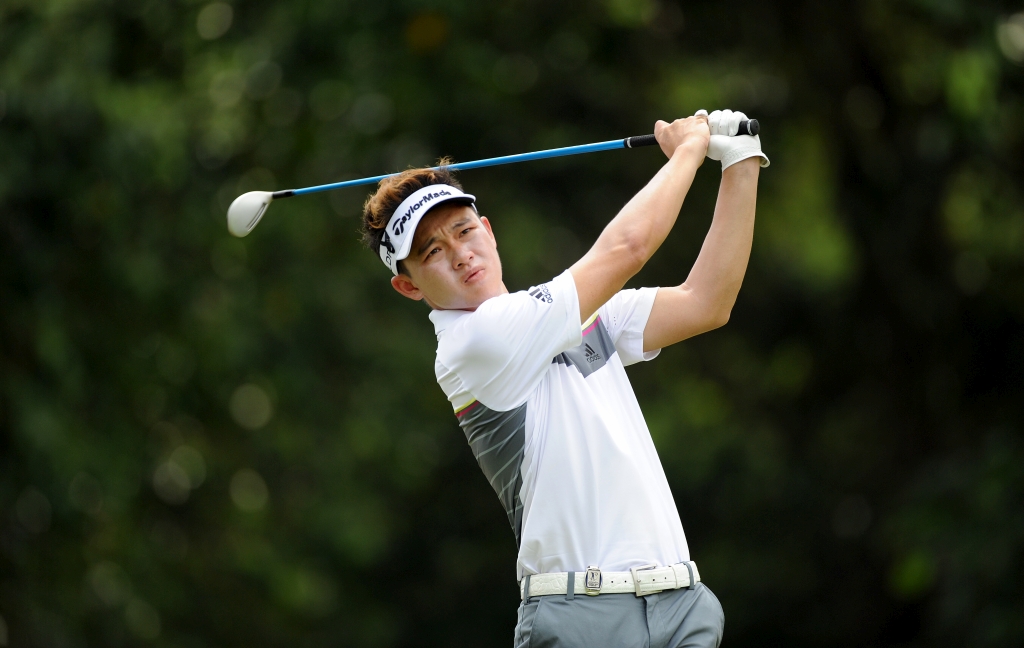 Maybank announced today that it will be holding its inaugural Maybank Championship Malaysia (MCM) Golf tournament in February, 2016.

The event, sanctioned by the European and Asian Tours, builds upon Maybank’s very successful relationships with these two Tours over the last ten years through involvement in the Maybank Malaysian Open (MMO). Through the largest involvement of Malaysian golfer in the field, MMO had helped raise the standards of amateurs and professional golfers in the country.

Maybank’s intention is to continue to have the largest number of appropriately qualified Malaysian golfers participate in its forthcoming tournament. With a prize money of USD3 million, the Maybank Championship Malaysia is the richest tournament among the European and Asian Tours in the region.

“Next year will also be a milestone year for golf as it will be featured as an event at the 2016 Olympics for the first time, and we want this tournament to be an important staging point for our professional golfers who can represent the country in Rio,” said Tan Sri Dato Megat Zaharuddin, Chairman of Maybank.

He added, “Our considerations to have Maybank’s own Championship are to ensure that our objectives in projecting our brand to our stakeholders worldwide and to support our community aspirations can be sustained in the best possible way.”

Tan Sri Megat said that Maybank was honoured to have played a significant role in raising the visibility and profile of the MMO over the last 10 years. “We believe that now is an opportune time for Maybank to introduce our flagship Championship profiling our significant role in ASEAN community building. Hence, with this championship, we will also be nurturing budding ASEAN golfing talents by providing a fixed number of spots to other ASEAN golfing talents.”

“For this next championship, we want the venue to best provide the challenge expected by the top-class field, yet fulfill our other aspirations to promote Kuala Lumpur and Malaysia, not just as a golf destination but also its rich heritage and diversity,” said Tan Sri Megat.

Asian Tour CEO Mike Kerr said “We are delighted to continue our partnership with Maybank to develop professional golf in Asia through the staging of the inaugural Maybank Championship Malaysia next year.

Maybank has been one of the longest serving supporters and sponsors in Asia and Tan Sri Megat’s vision in creating its own tournament is a strong endorsement for the game in Malaysia and South East Asia in general.

We also look forward to working closely again with our partners, The European Tour, to ensure the successful launch of the Maybank Championship Malaysia.”

Keith Waters, Chief Operating Officer of The European Tour said, “It is great news for the country, and indeed the entire South East Asian region, that Maybank has included in its own Championship by extending its sponsorship portfolio”.

“Maybank’s support of golf over the past decade has been superb, and we look forward to growing our relationship with them and developing the Maybank Championship Malaysia over the coming years. With golf returning to the Olympics next year, this tournament gives Asian players the perfect platform to gain some valuable World Ranking points and stake a claim for a place in Rio.”

Tan Sri Razali Rahman, Chairman of the tournament promoter GlobalOne, said, “We are excited to extend our decade long relationship with Maybank and to have assigned our preferred dates with our partners, The European and Asian Tours. The tournament should attract global stars competing against the best in Asia, and will help Maybank further expand its reach.”