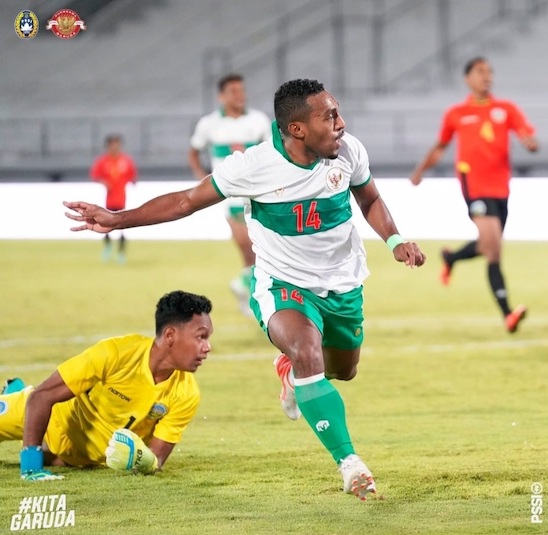 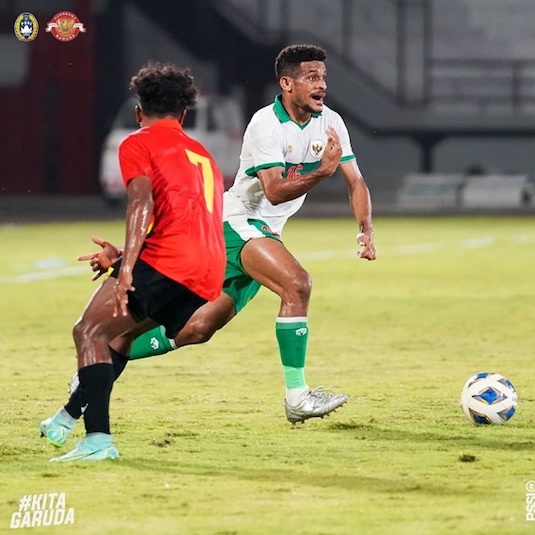 The Indonesian Under-23 national team will start centralised training in two days as they gear up for their title defence at this month’s AFF U23 Championship 2022 in Cambodia.

This follows Indonesia’s positive outing recently where the team scored back-to-back wins over Timor Leste – a 4-1 and 3-0 victory in Bali during the recent FIFA Match Day.

Indonesian head coach Shin Tae-yong had called up a total of 13 U23 players to the senior Indonesia national team for the two games against Timor Leste.

“Until 3 February, the players will join their respective clubs. After that, they will return to the Indonesian national team,” said Tae-yong.

Among those players whom Tae-yong will be relying upon to spearhead their challenge in Cambodia are Alfeandra Dewangga, Pratama Arhan and Ramai Rumakiek.

At the same time too, the South Korean tactician had also called up two U18 players – Marselino Ferdinand and Ronaldo Kwateh – to the squad.

For the AFF U23 Championship 2022, Indonesia are in Group B against Malaysia, Laos and Myanmar.

Group A are Cambodia, Timor Leste, the Philippines and Brunei DS while Group C are Thailand, Vietnam and Singapore.