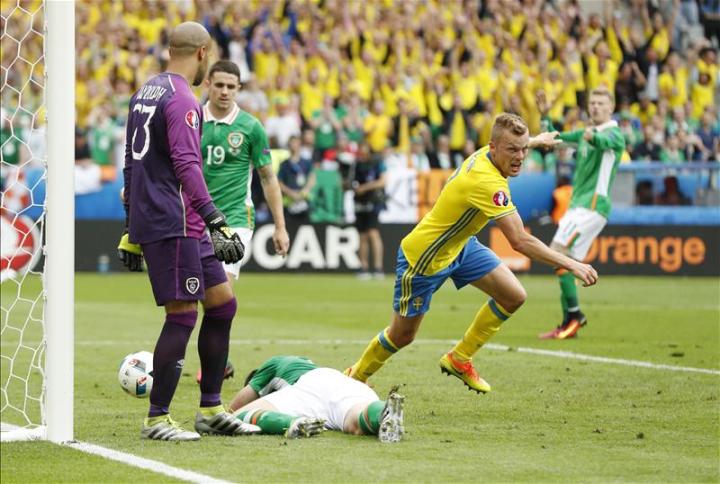 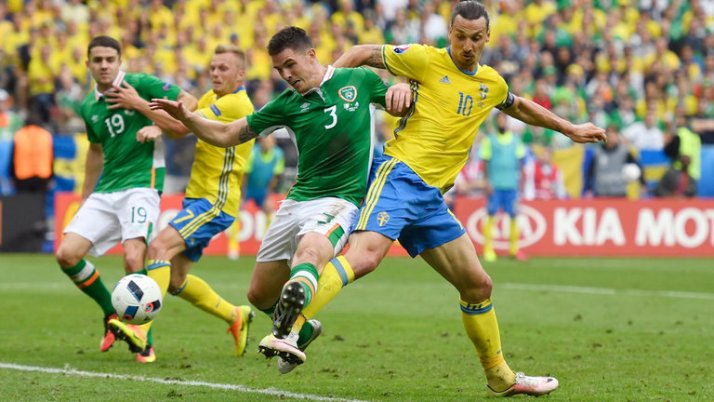 Martin O’Neill remained upbeat about Republic of Ireland’s chances of reaching the Euro 2016 knockout stages after their rousing 1-1 with Sweden.

Ireland’s first game at the finals will be best remembered for Wes Hoolahan’s brilliant strike that put them in front early in the second half at the Stade de France.

Ciaran Clark’s 71st-minute own goal meant they had to settle for a point in the Group E clash — although that is one more than they managed in their three games during their ill-fated Euro 2012 campaign.

“I am immensely proud of the team, but I am naturally disappointed that instead of having three points on the board we only have one,” said manager O’Neill, who raved about the way Hoolahan took his goal, meeting a Seamus Coleman cross with a sublime first-time finish.

“It was a great goal, a really great goal. Seamus Coleman did brilliantly. Wes, almost off balance, hits the ball in with his wrong foot, if there is such a thing.

“I was right behind it and it was in from the moment it hit his foot.”

It was an unforgettable moment for Hoolahan, the 34-year-old Norwich City playmaker nicknamed ‘Wessi’, who wheeled away to celebrate in front of a sea of green in the stands in Saint-Denis.

“With the draw in the end we are a bit disappointed but we should be proud of our performance,” he said.

“I just seen Seamus picking it up and he drove inside and he clipped it to the back stick and it just came on the half volley and I caught it nicely. I was just over the moon, delighted, buzzing.”

Although Ireland eventually conceded in unfortunate circumstances, they kept Swedish superstar Zlatan Ibrahimovic quiet and Erik Hamren’s men failed to muster a single shot on target of their own in the 90 minutes.

“The players played him (Ibrahimovic) exceptionally well today. I thought we were dominant in that aspect of it,” O’Neill said.

“We forced him away from our goal as much as we could today. The players have to take great credit for that.

Of Clark he added: “I think that he should look at the overall performance, his own, and be particularly pleased with it.

“It’s really unfortunate because the sort of pressure we were withstanding in the second half, I thought we were coping with it pretty well. Then we concede the goal and the impetus changes.”

Ireland’s next game is against Belgium in Bordeaux on Saturday, and O’Neill admitted that Jon Walters may struggle to feature.

The Stoke City forward started against Sweden having been a doubt with an achilles problem. The injury flared again early on at the Stade de France.

“Jon is not great. I would be concerned about it yeah. He said he felt his achilles really early on in the match. We’ll check him in the morning.

“We have games coming up against two sides who are pretty classy. But if I can take anything from today, I thought the players looked accomplished to go with their never-say-die attitude and their spirit.”

Sweden face Italy next in Toulouse and Hamren may consider starting John Guidetti rather than Marcus Berg as a partner up front to Ibrahimovic.

Guidetti was involved in the build-up to the equalising goal as Sweden finished strongly to salvage a draw.

“It is positive that we did not lose but we didn’t play at our best. There is no problem with our attitude though. Sometimes it’s difficult to click right away,” said Hamren, who saw Ibrahimovic fall short in his bid to become the first player to score in four European Championships.

“I thought nevertheless that Ibra played an important role in the goal we scored. But they defended very well against him.” – Agence France-Presse