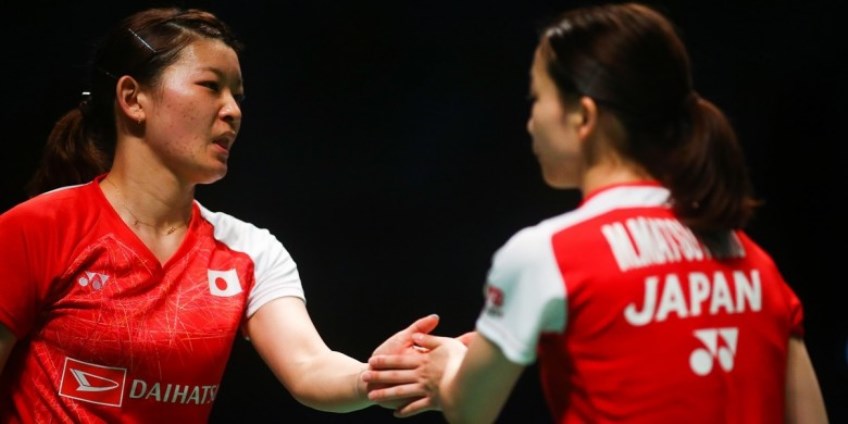 It was a tale of two cities for China’s He Bingjiao – a winner at the last Asian team championships in the Indian city of Hyderabad in 2016  while here in the Malaysian city of Alor Setar in Kedah, the end result was quite the opposite.

In Hyderabad Bingjiao, was the toast of the team and clinched the winner in a thrilling final that went down the wire after both teams were tied at 2-2.

Bingjiao clinched the winning point in China’s 3-2 win in the 2016 final when she defeated Yui Hashimoto 21-18, 21-12 in the third and deciding singles after Japan had grabbed a 2-0 lead.

The stage was a repeat of the 2016 final in Alor Setar but the turnout was the opposite for Bingjiao this time round.

The Chinese was at the receiving end and her 21-19, 16-21, 10-21 defeat to Nozomo Okuhara in the second singles handed Japan the title with an unassailable 3-0 lead.

And with that, Japan, a rising women’s badminton power in the world, were crowned Asia’s new women’s team champions in the final of the E-Plus Badminton Asia Team Championships at the Sultan Abdul Halim Stadium on Sunday.

It was sweet revenge for Okuhara and company. The Japanese came into the Asian meet as the top seeds and looked comfortable in all their matches.

Japan won the first singles, first doubles and the second singles – unlike in Hyderabad when Japan surrendered a 2-0 lead to let the title slip from their grasp in a heartbreaking third singles.

However, in Alor Setar on Sunday, it was Bingjiao who was at the receiving end as Nozomi Okuhara gave Japan the winner with a 19-21, 21-16, 21-10 win in 66 minutes to wrest the title from the Chinese.

It was 2-0 up for Japan with Rio Olympics champions Misaki Matsutomo-Ayaka Takahashi easy 21-13, 21-16 winners against Du Yue-Li Yinhui in the first doubles.

Beaten semi-finalists South Korea and Indonesia were awarded the bronze medal. The two together with Japan and China qualified on merit for the Uber Cup Finals. – BADMINTON ASIA