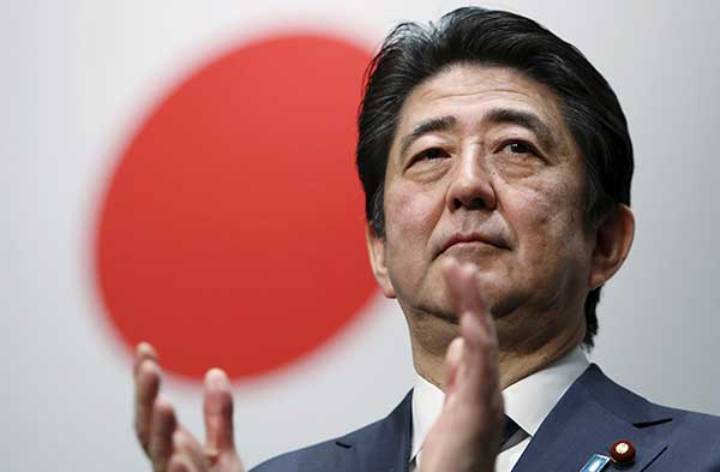 “I have instructed the education and sports minister to fully cooperate in the investigation,” Abe told lawmakers in parliament, Jiji Press reported.

“Education and sports minister Hiroshi Hase told the Japanese Olympic Committee and the former bid committee to cooperate in the investigation,” Abe was quoted as saying.

French prosecutors on Thursday said they were investigating $2 million in payments, suspecting they were aimed at winning support for Tokyo’s successful bid to host the 2020 Games.

On Friday, Japan’s Olympic chief insisted that the payments were “legitimate” and were for consulting work.

The payments to a bank account in Singapore were first revealed by Britain’s Guardian newspaper.

Diack was an International Olympic Committee member in 2013 when Tokyo beat Istanbul and Madrid in the race to host the 2020 Games. Diack and his son already face corruption charges in France.

But Tsunekazu Takeda, the Japanese Olympic Committee president who led Tokyo’s bid, said the money was for “professional services” for consultation work, adding, “the amounts paid were in our opinion proper and adequate for the services provided and gave no cause for suspicion at the time”.

The latest controversy follows earlier ones surrounding the Tokyo Olympics, which had to scrap its original main stadium design due to its eye-watering price tag, and had to weather plagiarism accusations over the Games logo.

Two payments were made in 2013 to Black Tidings, a Singapore-based company linked to Diack’s son Papa Massata Diack, who was employed by the International Association of Athletics Federations (IAAF) as a consultant, French prosecutors said.

The alleged payments were discovered as part of an inquiry into allegations that the Diacks organised bribes to cover up failed dope tests by Russian athletes, French prosecutors said. France became involved as the money may have been laundered in Paris.

Prosecutors said the money was “labelled as ‘Tokyo 2020 Olympic Games Bid’, coming from an account opened at a Japanese bank, for the profit of the ‘Black Tidings’ company in Singapore”.

Separately, Papa Massata Diack denied in an interview over the weekend that he received money to help Tokyo win the race to host the 2020 Games.

“I haven’t got any money,” he told Kyodo News in Dakar, the capital of his native Senegal.

“Let them investigate…I have nothing to hide,” he said. – Agence France-Presse