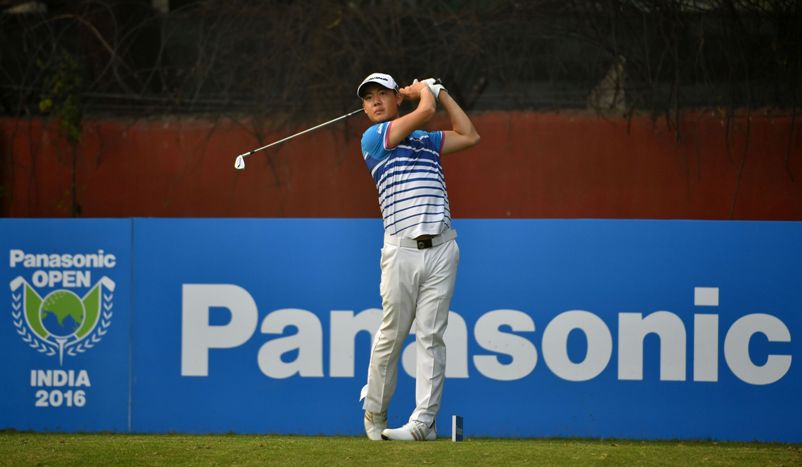 Young Thai Jazz Janewattananond leads on seven-under-par through 14 holes in the second round of the Panasonic Open India, which has been reduced to 54 holes following fog disruptions on Friday.

Inclement weather has caused seven hours of play to be lost in two days at the Delhi Golf Club. With fog delays expected in the next two days, the tournament committee has decided to reduce the tournament to three rounds.

Asian Tour Tournament Director Fritz Katzengruber said: “The tournament has been affected by lengthy delays due to persistent fog throughout the week.

“As a result of the disruptions, we have decided to reduce the tournament to 54 holes. The decision was made in the best interest of the tournament and our Asian Tour members.”

A total of 112 players will return at 9am local time on Saturday morning to complete their rounds. The third and final round of the US$400,000 Asian Tour event will be played on Sunday.

Jazz, who returned to sign for an opening 69 on Friday, tamed the weather elements to put himself in prime position for a breakthrough win on the region’s premier Tour. He is currently four-under for the round with four holes to play.

“It was really confusing out there. We were trying to finish as much as we can. I just tried to play my best on every hole. I wasn’t thinking much. I am happy with where I stand now. I am just going to get some good rest as I have been waking up very early these few days,” said the 21-year-old Thai.

“I just got back to playing full time on the Asian Tour recently. I took a few months’ break earlier. It’s good to be back on Tour. It’s good to be playing tournaments again. I am not going to think so far ahead. I just want to focus shot by shot. We will see how it goes,” Jazz added.

Mithun Perera of Sri Lanka continued his love affair with the Delhi Golf Club after firing one eagle and two birdies against a bogey to trail Jazz by two shots with six holes to play.

“I played decent golf out there. It’s been good so far. I left a few putts out there but other than that, everything was good. I was able to hit fairways and my second shots are good. I gave myself very good chances out there. I had four chip-ins today on the seventh, ninth, 13th and 18th holes.

“I chipped in from front edge of the green for eagle on 18. It was a great boost of confidence for me out there. I am aiming for a win this week so I am happy to put myself in a good position right now,” said the 29-year-old Perera, who has enjoyed top-five finishes in the last two editions of the Panasonic Open India.

Placed 112th on the latest Asian Tour Order of Merit, Perera needs a victory this week to secure his full playing rights for the 2017 season before heading into the season finale in Hong Kong next week.