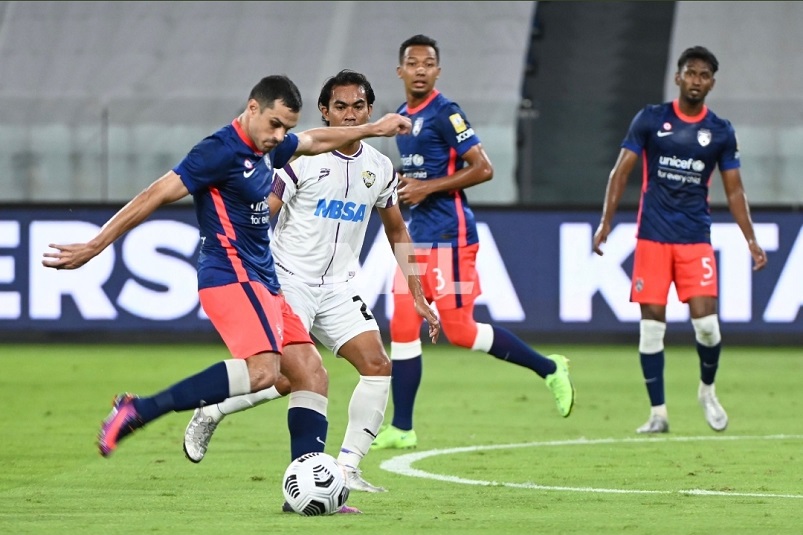 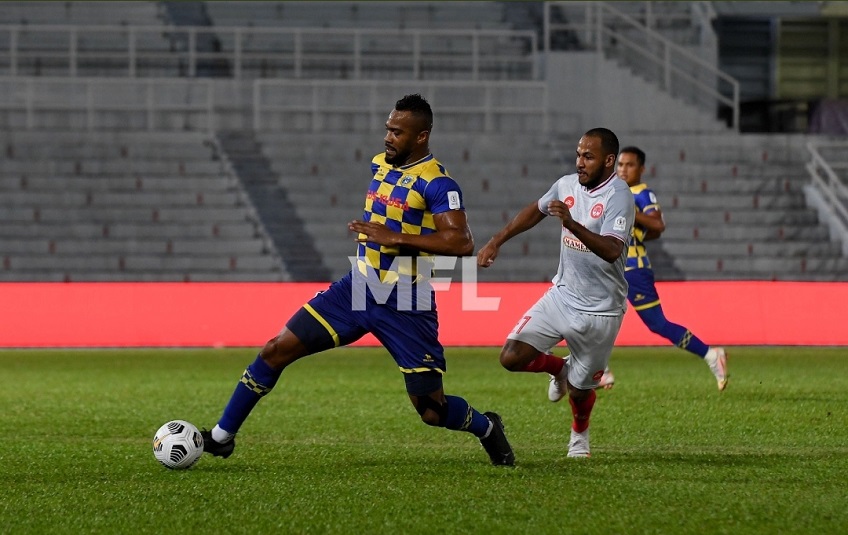 Johor Darul Ta’zim had to come back from a goal down before they were able to beat UiTM FC 3-1 in a 2021 Malaysian Super League (MSL) tie that was played at the Sultan Ibrahim Stadium last night.

An opportunistic strike from Joel Vinicius Silva Dos Anjos in the 43rd minute gave UiTM the advantage going into the break before Gonzalo Cabrera drew level for JDT just five minutes after the restart.

The Southern Tigers then upped the pace soon after for Safawi Rasid (73rd minute) and Bergson Da Silva (88th) to wrap up the full three points for the home team.

The win saw JDT picking up 33 points from 14 matches played – three points ahead of second-placed Terengganu FC, who had blanked Perak FC 5-0 a day earlier.

In the meantime, in the only other match played tonight, Sri Pahang FC failed to hold on to their lead when they were held to a 1-1 draw by Melaka United FC.

It took Manuel Hidalgo less than a minute into the game to give Sri Pahang FC the lead as Melaka United then fought back with a late strike from Wan Zaharulnizam deep in injury time for both teams to share the spoils. 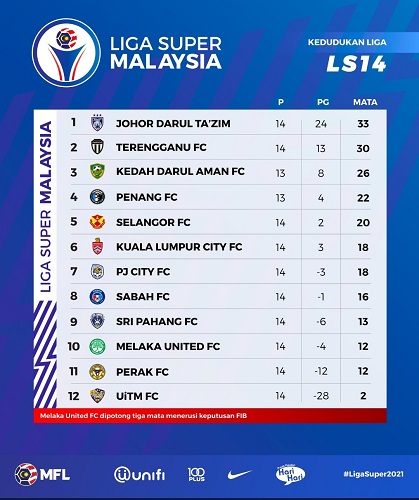