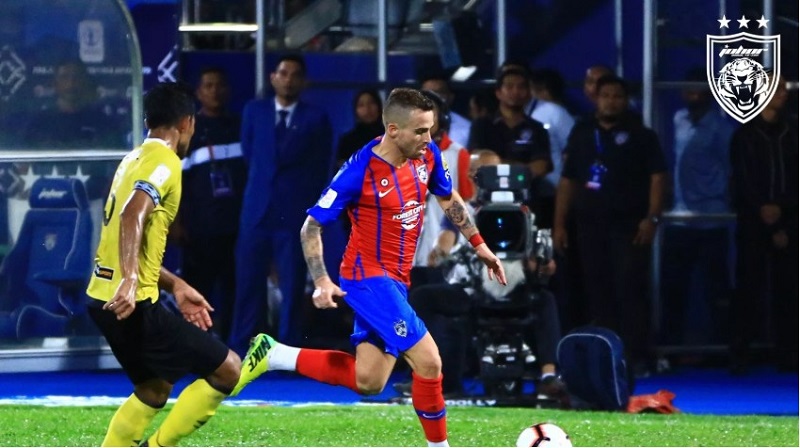 He was hailed as a big signing for the new season but five-time Malaysian Super League champions Johor Darul Takzim have parted ways after only three matches into the season.

The 29-year-old Spaniard winger has been released by the Southern Tigers according to a posting on its Facebook by team manager Luciano Figueroa.

The former Spain Under-19 international came with much fanfare having played for some of the big clubs in Europe and was signed up by the Johor outfit with a five-year contract.

He played in all three matches JDT have played in the Super League so far – including the 1-0 win over Perak in the Charity Shield match at the Larkin Stadium which also doubled up as a league match.

He also featured in the 4-1 win over Kuala Lumpur also at home before JDT played to a 2-2 draw against Terengganu at the Sultan Ismail Nasiruddin Shah Stadium in Kuala Terengganu.

“I would like to thank Aaron Niguez for being part of the JDT squad that successfully lifted the Charity Shield.

“That said, I feel that the Southern Tigers need to make some tactical changes to further strengthen the squad.

“This is based on observations made during training and competitive matches.

“Hence, the club and I would like to wish Aaron the best of luck for his career in the future. Thank You for your contribution.”

JDT play Melaka United at the Larkin Stadium this Saturday.

The Southern Tigers are also Malaysia’s sole representative in the AFC Champions League and open their campaign with an away match against defending champions Kashima Antlers at Kashima Soccer Stadium on March 5 before facing Korea’s Gyeongnam FC at Larkin on March 12. RIZAL ABDULLAH