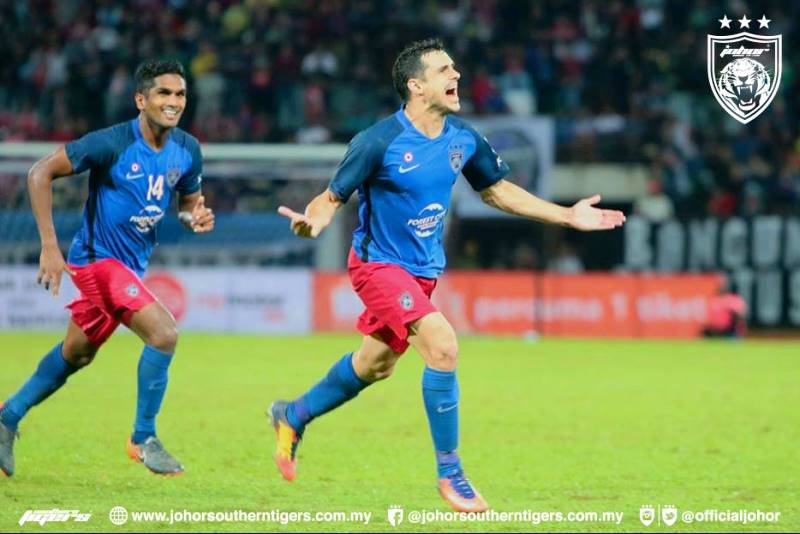 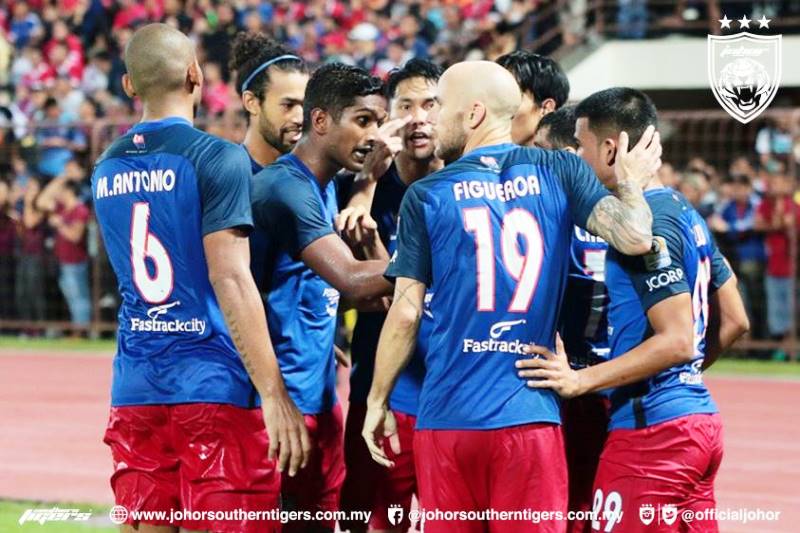 # Night of the foreigners as big names in FA Cup win

Johor Darul Takzim needed extra-time to snatch a 2-1 win over second-tier outfit Sabah at the Likas Stadium in Kota Kinabalu in a second round FA Cup match to advance to the third round.

It was JDT’s Argentine firepower that pulled the Southern Tigers out of deep waters with Luciano Figueroa netting the equalizer in the 52nd minute before Gonzalo Cabrera got the winner in the 94th minute to deny Sabah an upset win.

Sabah had taken the lead through their Korean hitman Lee Gil-hoon after 21 minutes and gave the visitors a tough time in front of their 21,000 supporters.

At the TLDM Stadium in Limut it was also the show of the foreigners as Perak came from a goal down to beat Premier League’s Sarawak 3-1 – thanks to their Brazilians with Gilmar Filho netting a brace in the 39th and 84th minutes after Wander Luiz equalized in the 15th minute to wipe out Mateo Roskam’s seventh minute strike for Sarawak.

Kuala Lumpur shrugged off their recent poor form in the league to advance to the third round with a 4-0 rout of Kuching FA at the Cheras Stadium. A hattrick by Brazilian Guilherme de Paula (21, 64, 90) and one by countryman Paulo Josue completed the rout.

Terengganu, under the wily Irfan Bakti, also gave a four-star performance to run through an easy 4-0 win over PJ Rangers at the MBPJ Stadium in Kelana Jaya.

However, the Turtles had to wait until 37 minutes in the afternoon match before Lee Tuck opened the floodgates. It was smooth sailing for Terengganu after this with Igor Zonjic (59th), Mohd Shahrul Aizad (76th) and Kipre Tchetche (85th) doing the damage.

At the Temerloh Mini Stadium, it was another foreigner who stole the limelight with Korean Yeon Gi-sung’s striking a brace in the 38th and 60th minutes to take Perak State Economic Development Corporation (PKNP) to a 2-1 win over Shahzan Muda. Faizal Rani scored the consolation goal for Shahzan Muda.

On Friday, skipper Baddrol Baktiar was the toast for defending FA Cup champions Kedah in their 1-0 win over Negri Sembilan at the Darulaman Stadium in Alor Setar.

The international struck in the dying minutes of extra-time to the delight of the home fans as the Red Eagles scored their first home win this season.

At the Sultan Mohd IV Stadium in Kota Bahru, Kelantan were made to sweat by Terengganu City in their 2-0 win. – BY RIZAL ABDULLAH