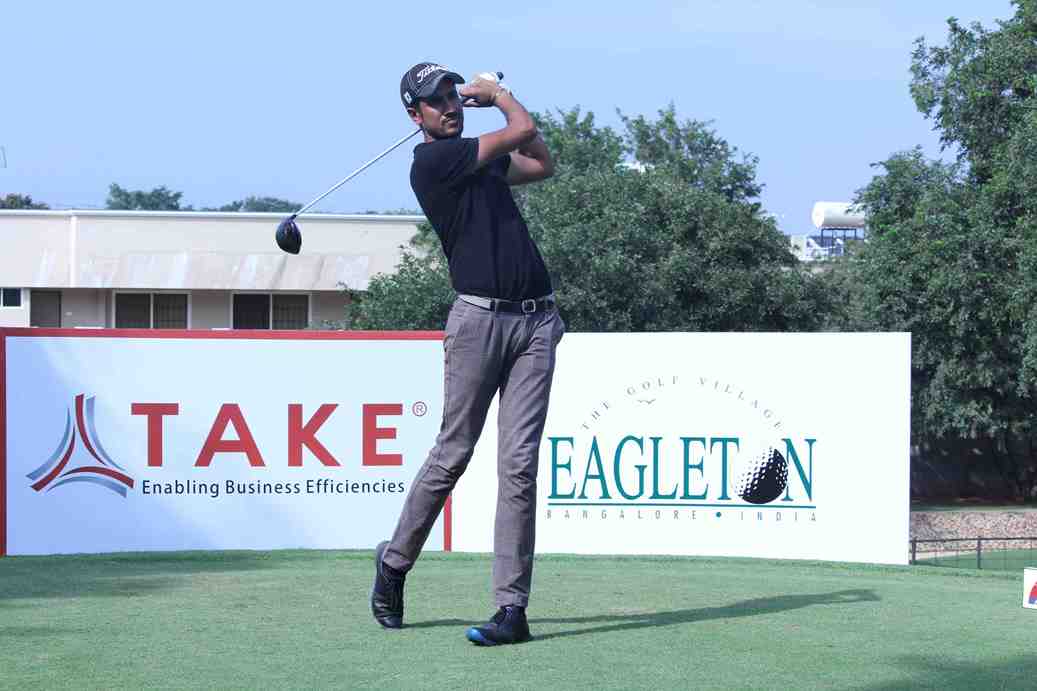 India’s Abhishek Jha continued his good form at the inaugural TAKE Solutions India Masters by matching his opening day’s effort with another six-under-par 66 to take the second round lead on Thursday.

Sweden’s Nils Floren also set the stage alight by powering his way to the summit with a sensational 62 to trail Jha by one shot at the halfway stage of the first Asian Development Tour (ADT) event to be launched in India.

Overnight leader S. Chikka of India lurked closely behind the Swede by posting for a 70 to secure third place at the US$70,000 ADT event held at the Eagleton Golf Resort in Bengaluru.

Starting the day in third place, Jha quickly used his intimate knowledge of his home course to move two spots up to lead the chasing pack with his two-day total of 12-under-par 132.

An opening birdie on the par-four first followed by another birdie on four and an eagle-three on seven got Jha on his way in his opening front-nine.

The Indian then marked his card with another red number on 10 before signing off for the day with his final birdie on 17.

“There’s so much positive energy inside me now. I started with an eagle yesterday and today it was a birdie that got me going! It helps when you are playing on your home course too,” said the 27-year-old.

This will be the first time Jha is taking the lead heading into the final 36 holes and he is looking forward to tighten his grip on his position.

“It’s exciting to know that I’m going to be the leader heading into the last two rounds. I’m going to try my best,” smiled Jha.

Playing at the Eagleton Golf Resort for the first time, Floren admitted that he was lucky to have put himself into a commanding position heading into the final two rounds.

The Swede was a man on fire as he reached the turn quickly in five-under after firing three birdies and an eagle-two on the par-four six.

“This is my first time playing on this golf course and I guess I’ve been lucky. Everything went my way and my putter was really hot. I managed to sink so many good putts which is wonderful!”

Floren earned his Asian Tour card at Qualifying School in 2012 but failed to retain his playing rights for the subsequent seasons.

The Swede is however enjoying a new lease of life on the ADT where he has enjoyed five top-10s and is currently in eighth place on the ADT Order of Merit.

With only the top-five players earning their Asian Tour cards for next season, Floren knows it is going to be a tough fight to the finishing line but remains confident of playing on the main Tour judging from his performance today.

“That’s my goal (finishing top-five). I’ve been working hard all season for it and hopefully with a performance like today, I can secure it with two events remaining after this week,” said Floren.

Meanwhile Chikka, a three-time winner on the domestic circuit, is determined to put up a good showing in memory of his grandfather who passed away last week.

“It’s been an emotional time for me since I lost my grandfather last week. But my family encouraged me to focus on my game and do what he would have liked me to do.

I know he’s watching over me from above and I really want to make him proud this week,” said Chikka.

Chikka could have held on to his lead if not for a triple-bogey seven on the ninth hole where his shot got stuck in the tree, forcing him to take penalty drop.

“It was really unfortunate on the ninth hole but I guess that’s golf. I just have to look ahead and I’m going to play aggressive golf to put myself in a good position,” said Chikka.