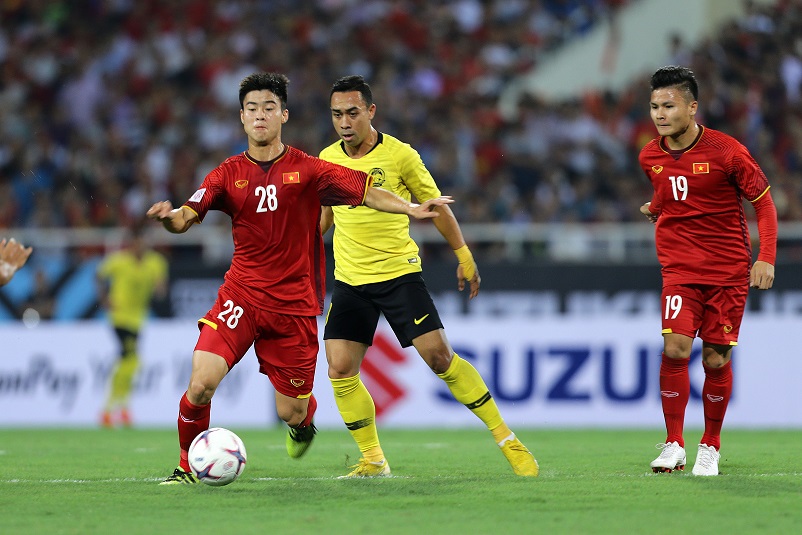 Korea’s leading soju brand JINRO has signed on to be an Official Supporter of the AFF Suzuki Cup 2020. This partnership with South East Asia’s most watched football tournament kicks off JINRO’s first-ever sponsorship of the Championship and will enable the brand to create emotional experiences for fans while strengthening its brand presence in the region. The deal was brokered by SPORTFIVE, the exclusive commercial partner of the AFF Suzuki Cup.

As an Official Supporter, JINRO will benefit from significant brand exposure and engagement opportunities with football fans across the region. In addition to being prominently displayed on official tournament collateral, the event’s digital channels, in-stadia TV commercials and on perimeter advertising boards in every stadium where a match is held, it will be able to use the AFF Suzuki Cup event mark across its marketing platforms for fan engagement and promotional activities as well as sell co-branded drinks at the tournament.

This partnership is the latest move by JINRO to step up its efforts to penetrate overseas markets, especially the South East Asian market. Recently, the brand successfully launched its popular “Strawberry Soju” in the Philippines, Thailand and Singapore and also established a corporation in Manila to tap into the Philippines market. With football being the most popular sport in the region, JINRO believes that the AFF Suzuki Cup is an ideal platform to further boost its brand awareness and sales in ASEAN.

Hwang Jung-ho, Executive Managing Director at JINRO, said, “We are very pleased to be supporting the AFF Suzuki Cup, the number one football competition in South East Asia. With our corporate philosophy to share “joy and hope” across the world, we not only look forward to creating meaningful touchpoints to showcase our popular beverages to ASEAN football fans, we hope to bring happiness to the fans as they show up in full support of ASEAN’s biggest football stars next year.”

Echo Li, Managing Director, Greater China at SPORTFIVE, said, “Over the past two decades, we have helped many brands derive significant returns by connecting with the passion points of millions of ASEAN football fans. We are delighted to welcome JINRO into the AFF Suzuki Cup family, and look forward to supporting them to raise its brand awareness and foster meaningful connections with football fans across the region.”

In addition to the AFF Suzuki Cup, JINRO has been an active supporter in sports, being the longest sponsor of the Korean Ladies Professional Golf Association (KLPGA) tour. It recently also signed a sponsorship deal with promising Korean female golfer Seo Uh Jin.

The AFF announced previously that the AFF Suzuki Cup 2020 will be held from 11 April to 8 May next year, following the postponement of the tournament this year due to the Covid-19 pandemic. The decision had been taken with a firm intention to stage the Championship in its full format – played on a home and away basis across the qualifying nations in South East Asia – provided that the conditions relating to Covid-19 allow. The AFF Suzuki Cup Task Force Committee will continue to monitor the situation closely to ensure the safety and well-being of all players, coaches, partners, fans and the public.