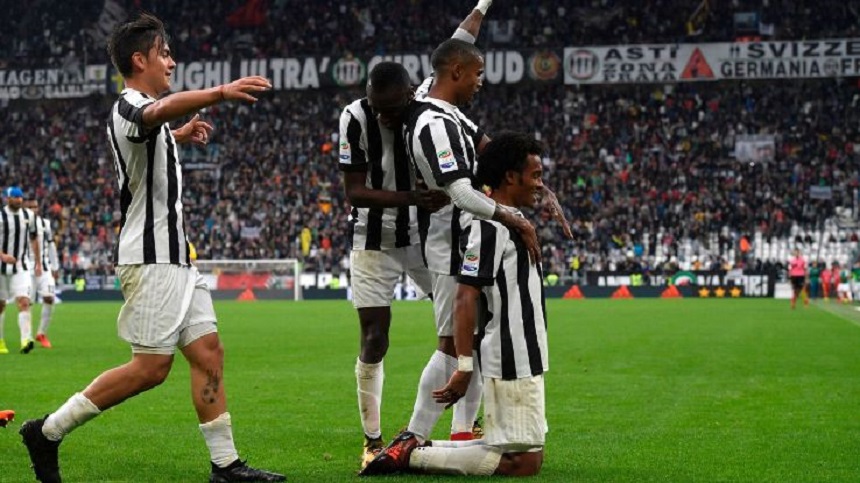 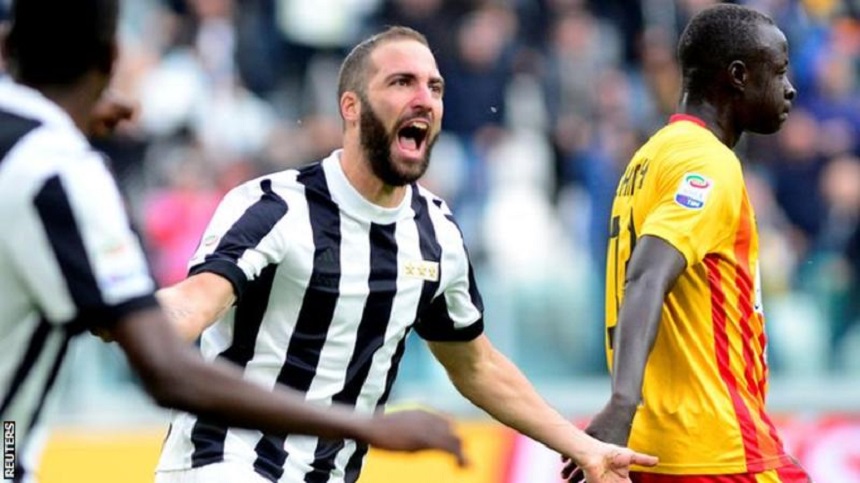 Juventus closed the gap at the top of Serie A with a 2-1 win over bottom club Benevento on Sunday as leaders Napoli were held by Chievo and Inter Milan drew 1-1 against Torino.

Napoli drew 0-0 in Verona and have 32 points from 12 games, one point ahead of Juventus who move ahead of Inter, now another point back in third.

Despite their battling performance, newcomers Benevento, nicknamed ‘Le Streghe’ (The Witches), have now lost their first 12 games of the campaign, matching the worst start to a season in any of Europe’s big five leagues set by Manchester United in 1930.

“It seemed like a cursed game, as the ball just did not want to go in, but we needed to be calm, sharp and not too hasty,” said Juventus coach Massimiliano Allegri.

Benevento looked determined to gatecrash Juve’s 120th anniversary celebrations when Ciciretti struck from a free-kick that left Wojciech Szczesny helpless — the first time this season that a team have opened the scoring against the champions.

Higuain got the equaliser after 57 minutes when he met Blaise Matuidi’s knockdown with a volley into the top corner, and Cuadrado sealed the victory with a 66th-minute header.

Napoli — after falling 4-2 to Manchester City in the Champions League in midweek — dropped two points as they struggled with the absence of injured trio Pepe Reina, Faouzi Ghoulam and Arkadiusz Milik.

“We were coming off a difficult run of games and are lacking sharpness,” said coach Maurizio Sarri of his unbeaten side’s second draw of the campaign after a goalless stalemate with Inter.

“We created the chances, but some players lacked brilliance and didn’t have the guile to finish them off. Chievo did what they had to do.”

Inter remain clear of fourth-placed Lazio, however, after the capital club had their match against Udinese in Rome called off at the Stadio Olimpico because of heavy rain.

Meanwhile, Roma — fresh despite their midweek 3-0 Champions League rout of Chelsea — stayed in touch in fifth with a game in hand after a thrilling 4-2 win over Fiorentina in Tuscany, with Brazilian Gerson scoring a first-half brace.

“I was afraid of this match, because after the win over Chelsea there was a risk that we might have become over-confident, but instead it was a good response from the players. They are still hungry,” said Roma coach Eusebio Di Francesco.

Earlier Inter fought back after Iago Falque put Torino ahead on 59 minutes, with Eder coming off the bench to snatch a point 11 minutes from time after a neat touch from captain Mauro Icardi.

But the hosts missed a golden opportunity for the winner at San Siro which would have put them joint top after a powerful Matias Vecino effort late in the match rattled the crossbar.

“The draw leaves something of a bitter taste in the mouth, we made some mistakes where we usually manage things in a different way,” said Inter coach Luciano Spalletti.

“We had an opponent on our level in front of us, a team of substance.”

Milan moved into seventh spot — 13 points adrift of Napoli — and ahead of Torino in eighth and Fiorentina ninth. Sassuolo are just two points above the relegation zone.

“It’s a delicate time for us and the coach,” said Spaniard Suso. “We’ve been working hard and the performances weren’t what we wanted. Now we can rest and prepare for the next game against Napoli.”