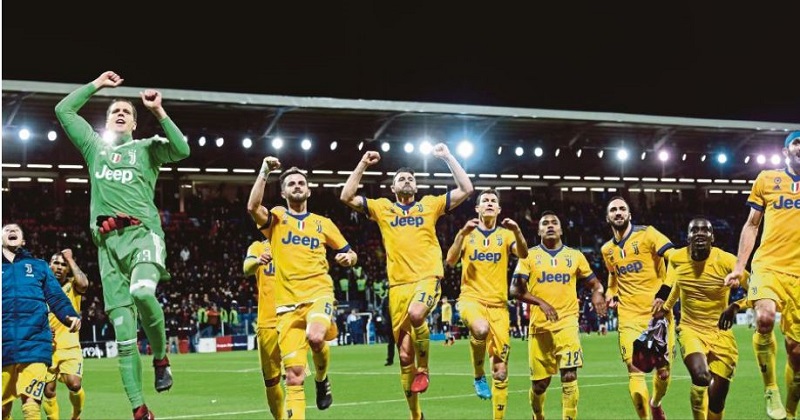 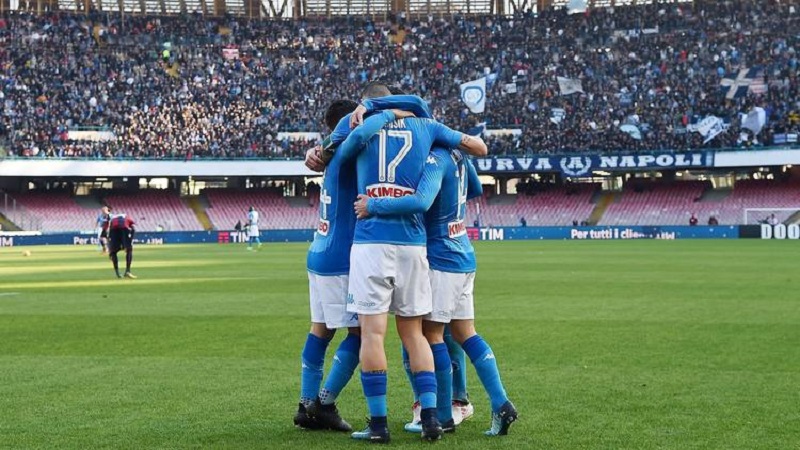 Serie A leaders Napoli face a tough test of their title hopes when they host bruised Lazio this weekend, while Juventus travel to Florence ready to pounce before they play Tottenham in the Champions League.

Lazio — 14 points behind Napoli in third place — arrive in Naples desperately in need of three points after back-to-back defeats to AC Milan and Genoa.

Failure could see Simone Inzaghi’s side slip off the podium with Inter Milan and Roma — also licking their wounds after recent struggles — on alert as they host Bologna and bottom club Benevento respectively.

Napoli are just one point ahead of Juventus but this weekend could see the six-time defending champions pull ahead.

Maurizio Sarri will be only too aware that Lazio inflicted just one of Juventus’s two defeats this season, ending the Turin giants’ two-year unbeaten home record last October.

And Inzaghi will be keen to avenge a demoralising 4-1 defeat the last time the two sides met in the Stadio Olimpico.

Juventus are gaining momentum after a seven-goal demolition of Sassuolo — capped by a Gonzalo Higuain hat-trick — before Friday’s game in Tuscany against an inconsistent Fiorentina in 11th place.

“We mustn’t be afraid of facing Juventus,” said Fiorentina’s Davide Astori, as his side look to build on last week’s win in Bologna.

“If they feel we’re worried, goodbye, we’re dead,” the Italian defender continued. “Gonzalo Higuain is the number one danger. He’s ruthless, if you allow him just 30cm of space you’re doomed.”

And what better way than an eighth straight league win, despite an injury list that includes Blaise Matuidi, Paulo Dybala, Juan Cuadrado and Benedikt Howedes.

“Right now, we have to think about the trip to Fiorentina first, and if we do well then I’m sure we will be in good shape to face Tottenham,” warned Croatian forward Mario Mandzukic.

Inter Milan and Roma are both jostling for Champions League football despite mixed fortunes in recent games.

Luciano Spalletti blamed his side’s lack of character for going 10 games in all competitions without a win — a series that has seen them collect just six points from eight league games and score only five goals.

But Inter captain Mauro Icardi should be back against Bologna after missing the draw with Crotone with a muscle injury.

Roma have been showing signs of recovery since losing to Juventus before Christmas by winning their first game of the year last weekend at Verona.

And Benevento coach Roberto De Zerbi has acknowledged his side, with just seven points from 23 games, will be up against it at the Stadio Olimpico despite new recruits including former Premier League players Sandro and Bacary Sagna.

“If we can get these sort of guys back to top condition they will be key players for us,” said De Zerbi. “In terms of team spirit and understanding it isn’t the ideal moment to take on a great side like Roma.

“We will have to be brave. But we will be ready.”

In midtable, Torino host Udinese on Sunday as a shell-shocked Sassuolo look for home comforts against Cagliari, with Chievo hosting Genoa, who eased their relegation worries against Lazio.