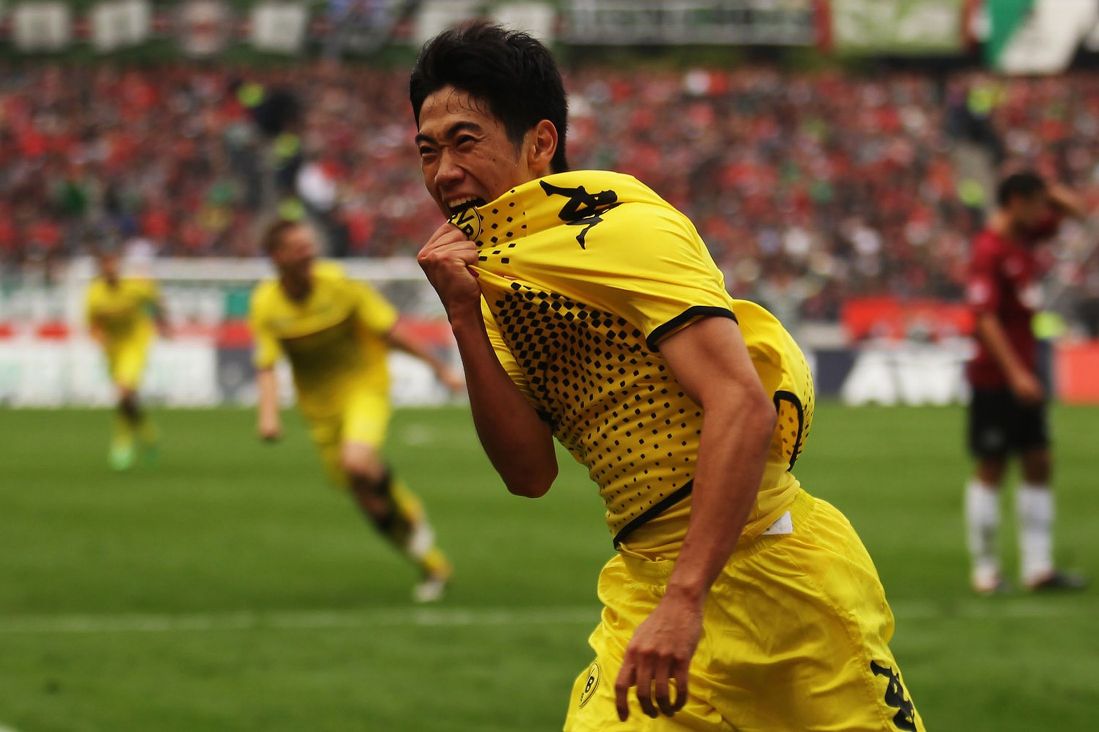 Borussia Dortmund received a big boost just ahead of the kick-off of their Champions League season at home against Arsenal with Shinji Kagawa’s return to Germany easing the injury loss of Marco Reus.

The 2013 Champions League runners-up Dortmund had bad news when Reus went down with a sprained ankle and partially torn ankle ligament on international duty last week, sidelining the German star for four weeks.

Helping compensate for his loss was the arrival of Japanese international Kagawa, who came back to Dortmund after an unsuccessful run with Manchester United.

And after just two weeks of training, the 25-year-old reminded the Dortmund faithful exactly why they loved him so much prior to his departure for England.

At the weekend, Kagawa assisted on Adrian Ramos’s goal and then scored a goal himself before coming off after 64 minutes with cramp in Dortmund’s 3-1 win over Freiburg.

“We already knew that Shinji can kick a bit and create a special atmosphere,” said Dortmund coach Juergen Klopp, who put him alongside Henrikh Mkhitaryan and Kevin Grosskreutz in the familiar 4-2-3-1 system.

“He still has a nose for goals,” said Klopp. It was Kagawa’s first competitive goal since May 2013.

Dortmund have also seen captain and World Cup winner Mats Hummels return to training — though he will not play against Arsenal.

“We want to have a good start. We want a home victory,” said Hummels about the start of the Champions League.

Arsenal come into the Group D encounter after a 2-2 draw at home against Manchester City, in which they conceded an 83rd minute goal.

“The only frustrating thing for me is that we didn’t manage to keep the lead and gave a cheap goal away,” said Arsenal coach Arsène Wenger.

“We conceded two goals and I believe we are an offensive team. We go forward a lot but at the moment that’s where we can improve.”

The match cost the services of Mathieu Debuchy as the French international defender went down with a bad ankle sprain.

Arsenal’s Jack Wilshere is expecting an entertaining game with Dortmund.

“They’re always good games when we face them,” he said. “It’s a tough game and we go there first this time, so the hardest match of the group will be the first one.

“We can put a marker down in that game to say we’re here to win this group. Even if we don’t win the game, we don’t want to lose it.”

Arsenal have collected four draws in their first six competitive matches this season while Dortmund have won three of their four matches so far.