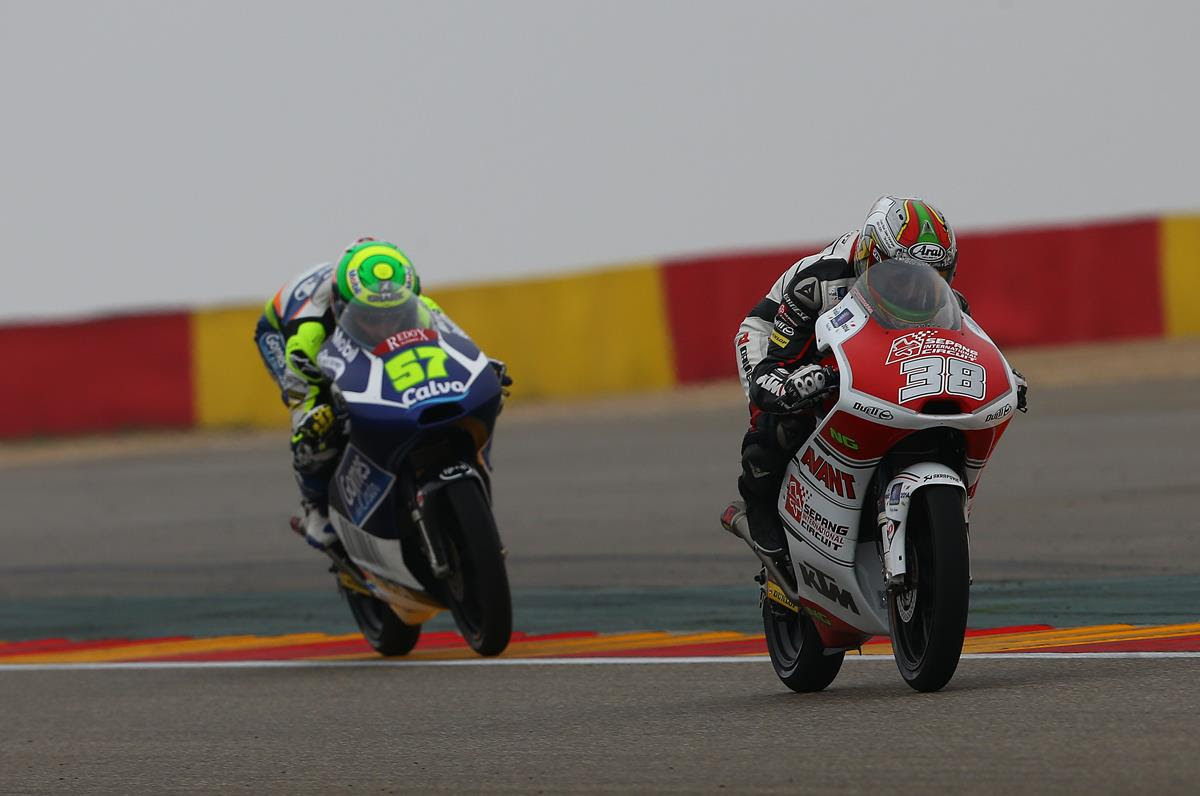 SEPANG – Team SIC-Ajo’s Hafiza Rofa, will be joined by a second wildcard contender Ramdan Rosli, when the Shell Advance Malaysian Motorcycle Grand Prix gets underway at the Sepang International Circuit from Oct 24-26.

The 18-year-old Kuala Terengganu-born Hafiza was revealed as the first wildcard earlier this month. The inclusion of Ramdan, also 18, as a wildcard will further amplify the excitement levels of local racing fans as there will now be six Malaysian riders battling for glory next month.

Ramdan, registered under Team Petronas AHM Malaysia, will be lining up on the grid in the Moto3 category alongside Hafiza, Zulfahmi Khairuddin (Ongetta Airasia) and Amirul Hafiq Azmi (Team SIC-Ajo). This is the first time there will be four Malaysians competing in Moto3.

Currently competing in the FIM CEV Repsol Championship Moto3 category, Ramdan will be attempting to deliver a sizzling performance in front of a massive, primarily local audience.

Sepang International Circuit (SIC) CEO Datuk Razlan Razali today revealed Ramdan’s inclusion as a wildcard entry. “Hafiza was revealed as our first wildcard at the official launch recently. In the latest entry list I received from IRTA of riders participating in the Malaysian GP, Ramdan has been named as another wildcard. He is young and talented and this experience will serve him well in the future,” Datuk Razlan said.

Datuk Razlan also reminded fans to quickly purchase their tickets. With six Malaysians and the world’s best riders including the sensational Marc Marquez in action, tickets are moving very fast. Hafizh’s recent outstanding performance in Silverstone, where he finished eighth, will also fire up interest amongst the local fans to attend the race.

Sales have been strong and tickets for the popular Grandstand F have already sold out. “We would like to advise fans to get their tickets early to avoid disappointment,” Datuk Razlan commented.

Another interesting piece of news for local racing fans is that they will be able to catch Malaysia’s future stars in action in the supporting race. Seven of our brightest talents will be competing against leading Southeast Asian and Asian youngsters, including several Japanese riders, in the Shell Advance Asia Talent Cup.

The seven boys will be in action when the Shell Advance Asia Talent Cup runs as a support race in this weekend’s MSS Bikes at the Sepang International Circuit. The riders will compete in Race 5 and Race 6 here in Sepang before heading to Japan for Race 7 in two weeks’ time.

Race 8 and Race 9 will then be held as support races during the weekend of the Shell Advance Malaysian Motorcycle Grand Prix from Oct 24-26.

Meanwhile, SIC, in the run-up to the race next month, has initiated a series of exciting activities in Malaysia and the region. In addition to their advertising campaign through the print, electronic and social media, several on-ground activities have also been organised. This includes the popular SIC Zoomers which has groups of bikers visiting popular spots to promote the race, a contest, bike convoys led by Datuk Razlan himself, viewing parties and several others, including special ticket prices open to those who make purchases at the venue.

In the city centre, fans will be entertained by pre-events leading up to the race. In the line-up are a planned special demo run with top MotoGP riders and a track session for biking enthusiasts. Not to be missed is also an exclusive all-female session for the lady bikers out there.

During race week, fans will get to experience the pit lane walk, autograph sessions, the ever popular shopping experience at the Mega MotoCarnival, stunt shows and plenty more.

The South East Asian Motorcycle Business Forum, which was very well received in the past, will also be held on the sidelines of the Shell Advance Malaysian Motorcycle Grand Prix once again this year.