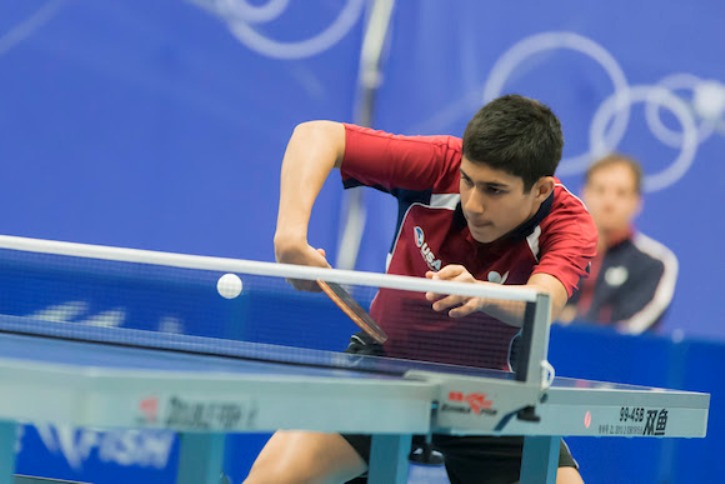 American Kanak JHA has become the youngest ever male athlete to qualify for the table tennis event at the Olympic Games.

JHA, who is now the first ever USA athlete born in the 2000’s to become an Olympian stated: “It feels unbelievable to have qualified. I thought I had lost my match in the semifinals, but was so relieved when I won. This tournament has been very stressful, but in the end, it’s all worth it, as my dream has came true, and I am very excited about going to the Olympic Games.”

Joining JHA on the plane to Rio from North America are Canada’s Eugene WANG and USA’s FENG Yijun. Despite Timothy WANG losing to JHA, he will still head to Rio as USA’s third player to play in the teams event, as USA qualified the one team spot available.

America’s Lily ZHANG, who qualified for London 2012 Olympic Games, secured her second Olympic appearance without losing a match in Toronto.

ZHANG, who will still just be 20 years old when playing at Rio 2016 stated: “I still can’t believe it! It feels like I’m in a cloud, so excited and proud to represent the US at the Olympics. I definitely do think this time around I’ll be more prepared and a little less star struck!”

The 2014 Youth Olympic Games bronze medalist ZHANG will be joined by America’s WU Yue, who secured her spot by winning last year’s Pan American Games, plus Canada’s ZHANG Mo, who will be competing in her third Olympic Games.