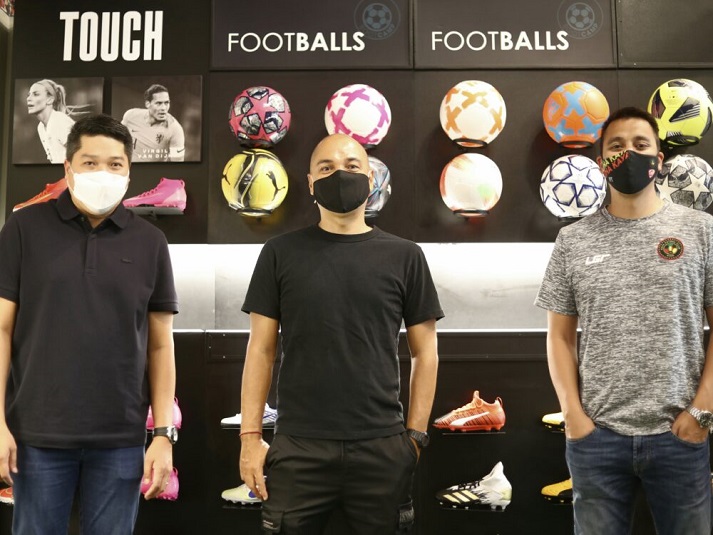 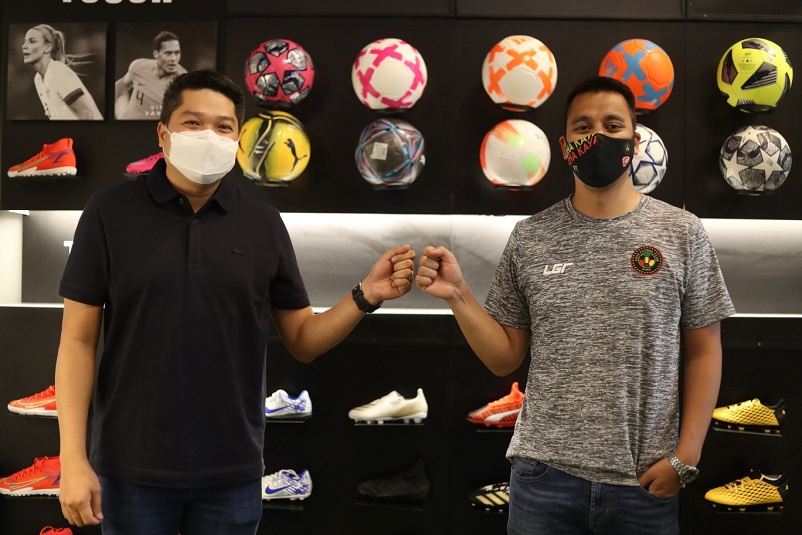 Kaya FC-Iloilo are excited to announce that Philippine sportswear brand, LGR,  will once again be the club’s official outfitter for the 2021 season. Known for their world-class quality and custom style, LGR’s full line of Kaya athletic wear will be available nationwide through the country’s premier football retailer: Bootcamp, and on their website bootcamp.com.ph.

Now more than ever, Kaya understand the importance of collaborating with local businesses that are passionate about football and excited about the sport’s growth.

“I think it’s very exciting. Obviously, it was two years away from LGR, but it’s about time that we went back to supporting local. Especially post-pandemic, it showed that we Filipinos should stick together and help each other out through the tough times,” Tolentino said.

“Through the years with our partnership with LGR, their products have been top-notch and the service we’ve always gotten from them has never been a problem,” he added.

“That’s the quality of LGR, the attention to details when it comes to our work,” said Rhayan Cruz, executive vice president of LGR. “That’s our trade secret.”

Kaya FC will be bringing LGR to the Asian stage this year, against the likes of Australian clubs and other powerhouses in the region.

To that point, Cruz conveyed his excitement stating, “Actually it feels great for LGR to reconnect with Kaya again. As we all know, Kaya are one of the best teams in the PFL (Philippines Football League). Going worldwide is much better exposure for LGR, so we want to say thank you to the team, and thank you to Paul Tolentino for getting Kaya and LGR together again.”

Kaya’s new designs will soon be available nationwide at Bootcamp stores, as well as their online storefront. Bootcamp’s head honcho Miguel Celdran expressed his excitement on the latest chapter of a storied partnership with Kaya FC–Iloilo.

Celdran also stated, “Football is the number one sport in the world, and we believe it’s a growing sport here in the Philippines. We’re focusing of course, apart from our brick and mortar stores like at The Fort, on pushing our online (store) which has been very well-received by the provincial market. In fact, almost 70% of the market are provincial customers so we look forward to carrying Kaya and serving the Kaya fans all over the country.”

Tolentino added, “We’re extremely fortunate to have Bootcamp as a partner, they’re the premier football store in the country. They’re passion is football just like ours and I think the partnership is a no-brainer.”

When training began earlier this week,  supporters got a look at Kaya’s new training jerseys for the first time. Goalkeeper Zach Banzon weighed in with his thoughts on the new threads, noting the exciting twist of the goalkeeper jersey’s design.

“I always loved the LGR jerseys since I started at Kaya. It feels very light, it feels great to wear during training and the design’s amazing.” Banzon said, adding, “I love how when I dive, it doesn’t get too dirty. It’s the most important part, and I love standing out so it works out for me.”

New match uniforms and travel kits will be released soon, as well as new designs for fan merchandise. Everyone at the club is excited to display their new style as the team prepares for another run on the continental stage. – www.kayafc.com