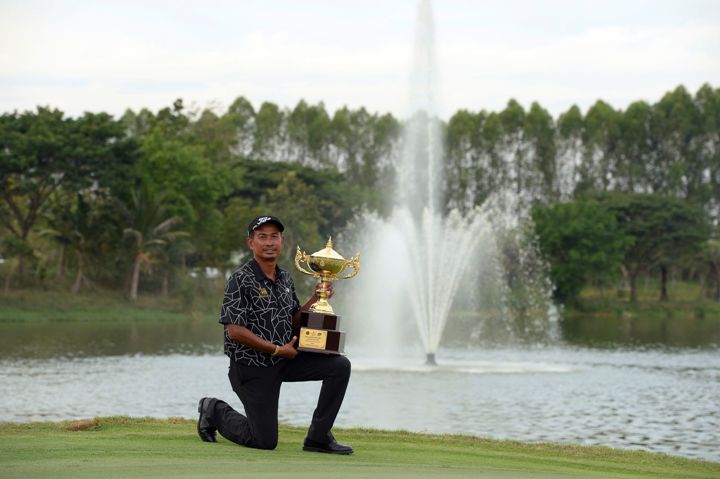 The King’s Cup will make a welcome return onto the Asian Tour Schedule from July 28 to 31, 2016with a lucrative US$750,000 prize fund on offer, organisers announced today.

For the first time in the tournament’s history, the King’s Cup will also be jointly sanctioned by The European Tour, which will receive 25 spots for its players at the Phoenix Gold Golf Club in Pattaya.

The Sports Authority of Thailand (SAT) will support the King’s Cup once again as a major sponsor.

Asian Tour Media will broadcast the tournament live on the Asian Tour’s global television platform which has a potential reach of over 180 nations and territories and 740 million homes.

The King’s Cup last featured on the Asian Tour in 2014 when Thai great Thaworn Wiratchant claimed a record 18thtitle on the region’s premier Tour.

SAT Governor Sakon Wannapong said: “We are delighted to announce the return of the King’s Cup which is truly a revered golf tournament in Thailand and Asia as it is staged in honour of our King of Thailand.

“The SAT will work closely with the event promoter Greatness Holdings, Thailand PGA, Asian Tour and European Tour to ensure the 2016 staging of the King’s Cup is successful. With live television, it will promote our nation extensively across the globe and showcase the beauty of our nation.”

Asian Tour Commissioner Kyi Hla Han said the return of the King’s Cup was a tremendous boost for the development of professional golf in the region.

“The Asian Tour and our talented players look forward to returning to Thailand for the King’s Cup. This is a fantastic development for golf as it reinforces yet again the growing strength of the game in Asia,” said Han.

“Since the beginning of this year, the Asian Tour has already welcomed back tournaments in Singapore, Myanmar and Korea and also launched a new tournament in Japan. With the King’s Cup now featuring on our 2016 Schedule, it will provide further playing opportunities for our members, especially with the Olympic Games being held a few weeks after the tournament.

“We are also delighted to co-sanction the King’s Cup with The European Tour. I believe this will strengthen what is already a highly regarded and prestigious golf tournament.”

Keith Pelley, Chief Executive of The European Tour, said: “We are delighted to be adding another tournament to the schedule, which gives those European Tour members not playing in the US PGA Championship an opportunity to compete that week.

“We had a very successful visit to Thailand in February – it’s a wonderful country with some of the most warm, welcoming people in the world, so we are very much looking forward to returning for the King’s Cup.

“We have long enjoyed a very successful relationship with the Asian Tour, and adding a new co-sanctioned event to our schedule is another positive step forward.”

The King’s Cup will be the second tournament in Thailand to be jointly sanctioned by the Asian Tour and The European Tour following the staging of the True Thailand Classic earlier this season.