Home International Lahiri Reflects on Road to the Top 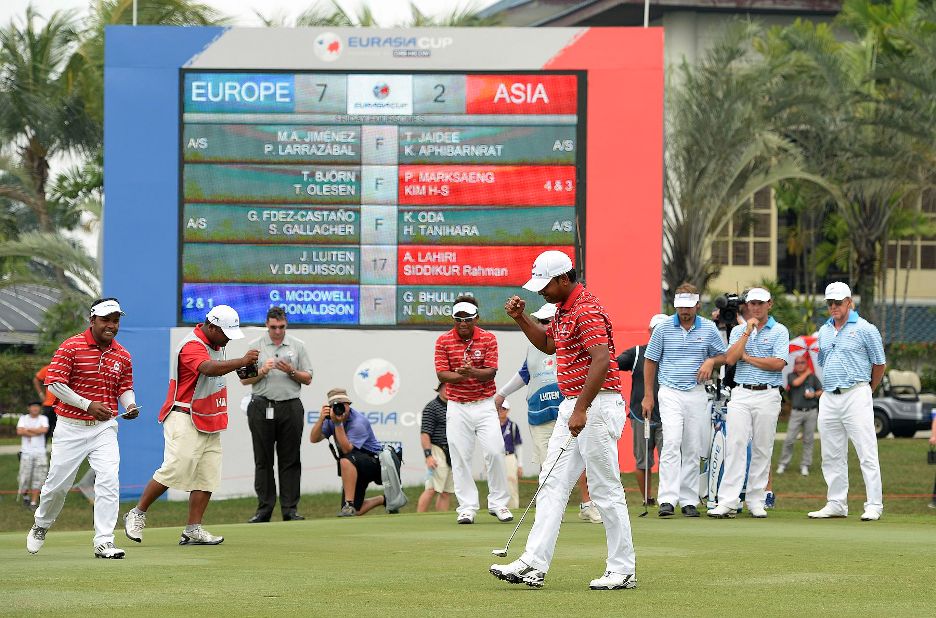 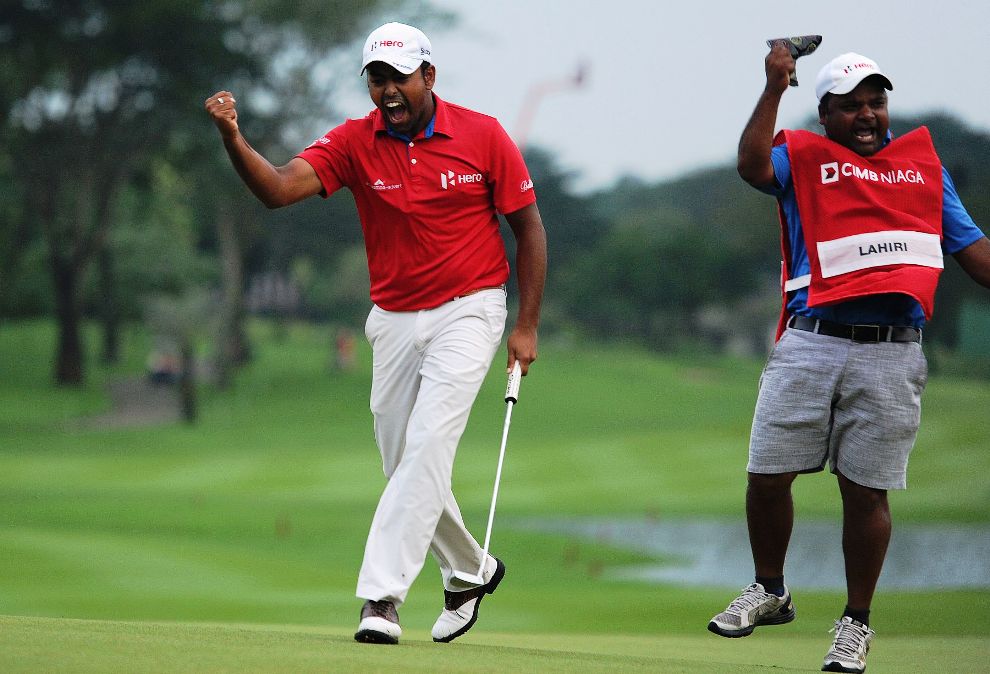 The first time Anirban Lahiri came into prominence on the Asian Tour, it wasn’t quite due to the fact he had produced wonders in a golf tournament.

Back in November of 2008, a wide-eyed Lahiri couldn’t believe his luck when he got into the Singapore Open as the first alternate following Ian Poulter’s withdrawal at the 11th hour and the young Indian stepped onto the first tee in the company of Major champion Phil Mickelson and Asia’s great Thaworn Wiratchant.

“That was my claim to fame back then,” Lahiri laughed.

It was indeed a baptism of fire which backfired as rounds of 80 and 76 saw him finish ahead of only six other golfers in the field of 150.

Fast forward to 2014 and Lahiri now sits happily at the summit of the Asian Tour’s Order of Merit following a superb start to the season where he was victorious at the CIMB Niaga Indonesian Masters, courtesy of a sensational eagle on the 72nd hole, and three other top-10s.

The 26-year-old Lahiri’s transformation from one of India’s leading amateur golfers to the country’s leading player on the Official World Golf Ranking is nothing short of hard work, dedication and pure focus.

He has taken enough trips to the hard luck saloon and suffered knocks in his fledgling years that he reckons those experiences on the Asian Tour has shaped his career. Ultimately, Lahiri believes if he can stick with the winning recipe, it will take him to a Major victory.

“I was just a fledgling, a newbie and I’ve learned so much since then,” said Lahiri of his first brush with fame in Singapore.

“It was a humbling experience, playing with Thaworn and Phil at that time. My game wasn’t rounded back then. I didn’t know what was going on around me. I was totally in awe of Phil and those 36 holes went by like a flash. I probably had something like 75 putts or more during those two days!”

He admitted he was too young back then to learn from the experience of playing alongside two greats of the game. It was only in 2009 that Lahiri’s career took a steady climb up the fairways to golfing excellence.

“It’s been a gradual climb and improvement for me. It was a lot of hard work and dedication. I’ve taken small steps. I have to give credit to the Professional Golf Tour of India as well as I started out from here,” said Lahiri, who is now a four-time Asian Tour champion.

“People expected me to win on my first year as a pro but it was only in 2009 when I started improving, after playing professionally for a year and a half. Playing week in week out, I was playing 18 events on the PGTI and 10 on the Asian Tour which was 28 weeks compared to my amateur days when I played like 11 or 12 events a year. I didn’t know how to manage my game.”

After an uneventful rookie season on the Asian Tour in 2008 bar the Singapore sling, he enjoyed better fortunes in 2009, which included a third place finish at the Hero Indian Open after a final day 64 and finished 24th on the Order of Merit.

But in 2010, he struggled and kept his card only at the penultimate tournament in Cambodia where he said he faced the most “intense pressure” of his young life.

“I was outside the top-60 with two events to go and I was out of form. In Cambodia, I had some serious pressure and I needed to make like US$10,000 to US$15,000 in those two last events. I played out of my skin and under such intense pressure as the guys on the bubble were grouped together and I managed to finish fourth that week. That was a huge mental victory for me,” he recounted.

After scrapping through, Lahiri sat down with his coach of 13 years, Vijay Divecha, and agreed they needed to make improvements to his approach towards the game. He then subscribed to Vipassna, one of India’s oldest form of meditation.

“We dodged the bullet that year and realised I won’t go far and we had to do something drastic. My coach said if I could finish fourth under such extreme pressure, I obviously had talent. Then I went for my first Vipassna course in January of 2011 … I figured I was holding myself back and needed to learn to not get in my own way.

“Then I won the Panasonic Open India for my first title on the Asian Tour. But the rest of the year was a slump. After the win, I kind of let go of my focus and attention. I think I took it easy, it was such a relief to win and I took my foot off the gas. But I learnt from that.

Lahiri’s success in the play-for-pay ranks has somewhat repaid the faith of his parents. With his father, Dr Tushar, being a medical doctor and mother, Dr Navanita, being a professor in English literature, there was pressure for the only child in the family to pursue a career away from sport.

“They allowed me to pursue my dreams. It’s a big thing. I admire and respect them for that,” said Lahiri. “My mum had her concerns, she was worried golf wasn’t a viable career. But my father was the one who said if I wanted to do it, I should do it. They have played a  big role in my life, not just golf.

“Mum has always told me to be a good human being and never try to do something for a motive. Dad always said to never short change anybody, and respect relationships. These are good advice.”

Lahiri also paid tribute to his coach Divecha, whom he said was the only coach who told him to not change his natural ability. “I saw a few coaches before going to him. The others all told me to tear down my swing but Vijay never wanted me to copy a swing. He told me to keep my natural abilities but put my fundamentals in place. He didn’t want to teach me something that I am not and he’s now become a friend and mentor,” said Lahiri, who contributed two points in Team Asia’s dramatic draw with Europe in the inaugural EurAsia Cup presented by DRB-HICOM in Malaysia in March.

At 65th in the world rankings today, Lahiri is determined to break into the top-50 soon which will give him access into the World Golf Championships and Majors.

“These things motivate me,” he said. “The Asian Tour Order of Merit is one of the few goals that I have for this season and I’ve put myself in a good position. It’s still a long season ahead,” said Lahiri, who earned US$240,900 so far this year.

“I want to push and see how far I can go. The sky is the limit. I don’t know where I want to get to, I just want to go forward. Everybody’s ultimate goal is to win a Major or more than one. I just need to get into more Majors for now and then hopefully have a chance to win. It’s a step by step process.”