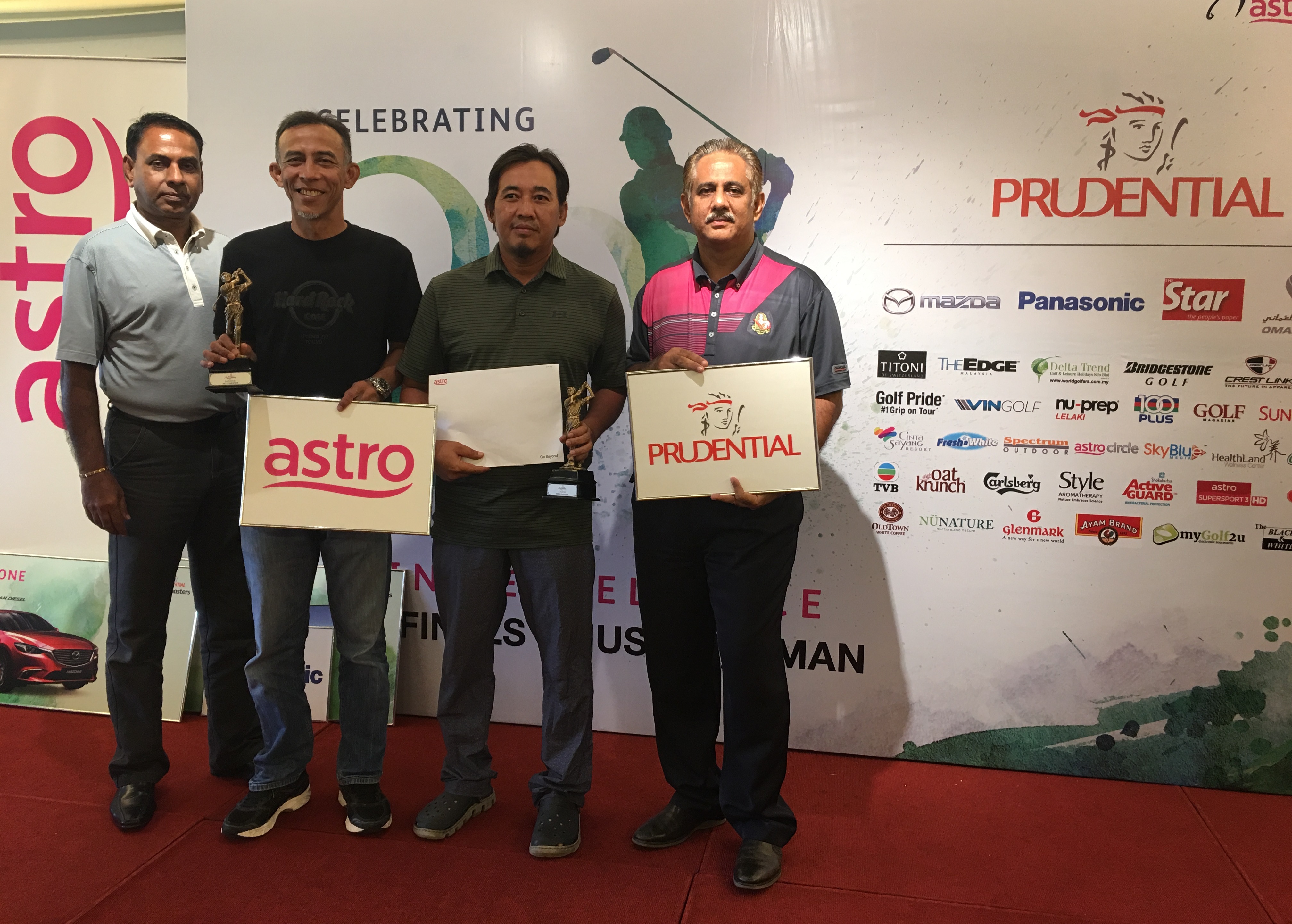 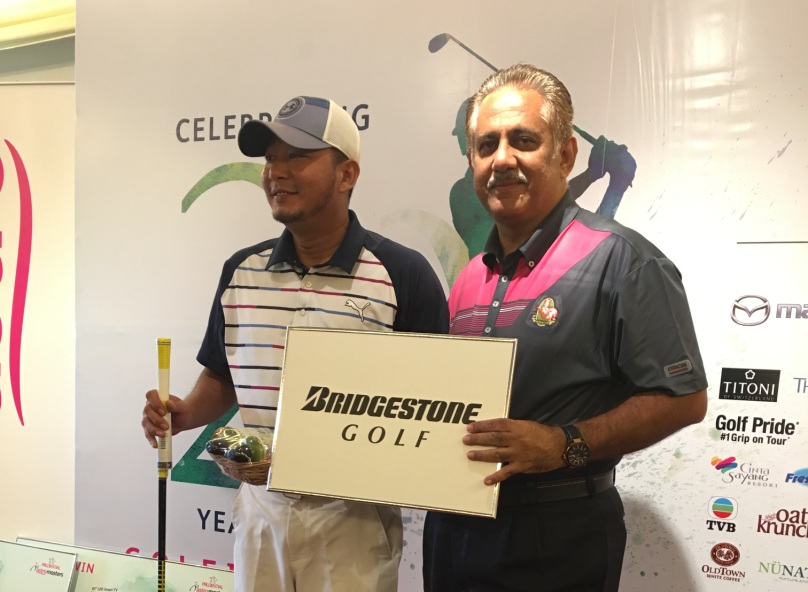 They survive tough greens and hot weather at Tropicana

The 20th anniversary of the Prudential Astro Masters got off to a blistering start when 132 golfers battled super-fast greens in hot conditions at the Tropicana Golf & Country Resort here last Thursday. The objective: to try and qualify for the grand finals in Muscat, Oman.

For the first time in a national amateur golf series, electronic ‘live’ scoring courtesy of mygolf2u was introduced and it received the thumbs-up from participants and guests alike. Hand-held devices were used for scoring, instead of the traditional scorecards, and results were generated within minutes after the final flight of golfers completed their round.

To further mark the 20th anniversary of golfing excellence, all Par Threes had a hole-in-one prize, highlighted by the coveted Mazda 6 SkyActiv-D worth RM216,000 at the designated Par 3 17th hole. At the short 13th, the prize was a special edition Titoni watch worth RM20,000 as well as return Business Class tickets for two to Muscat, courtesy of Oman Air.

A Special Edition set of Bridgestone irons was on offer at the challenging 3rdhole while on the downhill 8th hole, the 65-inch Panasonic LED Full HD television was given away to Mohamad Afrizan who was nearest the pin, as no one managed to score a hole-in-one. His tee shot ended up four feet from the pin.

Previous finals were in Thailand, China, Cambodia, Vietnam and Indonesia.

Lam Kong Foo, one of the favourites, finished with a 77 to win the gross title and earned himself a ticket to Muscat. He was at one stage involved in a neck-and-neck battle with close friend S. Sasikumar until the latter’s tee shot at the 10th finished up in the left lake for a double bogey and a bogey at the 11th ended his chances.Sasikumar lost by one stroke.

Sasikumar gained some consolation when he took home a Samsonite Spinner luggage bag for finishing third in the ‘A’ Medal, and a Panasonic Microwave and McCallan bag for winning the Longest Drive.

Aside from the Muscat package, Lam, a member at Kota Permai GCC, also won a trophy and an RM800 voucher at Healthland Spa.

Mohamad Hazlam Abdul Rahman won the other ticket to Muscat by bagging the overall net title. The 12-handicapper was the only player to finish at five-under 67. His nearest challenger was Mohamad Saffian Othman who lost by one stroke. But the latter took home a Bridgestone driver and Nunature gift set by winning the ‘A’ Medal. Second was Pakhruddin Abdul Majid from Terengganu.

The Prudential Astro Masters is sanctioned by the Malaysian Golf Association. Entries are available online at www.golfpeople.com.my with entry fees of RM350 for Astro subscribers. For non-subscribers the fee is RM450.

Apart from the Crest Link shirt and boston bag, participants also received goodies from Munchys, 100Plus and Ice Mountain mineral water from F&N and COWA coconut water drinks. The ber was sponsored by Carlsberg.