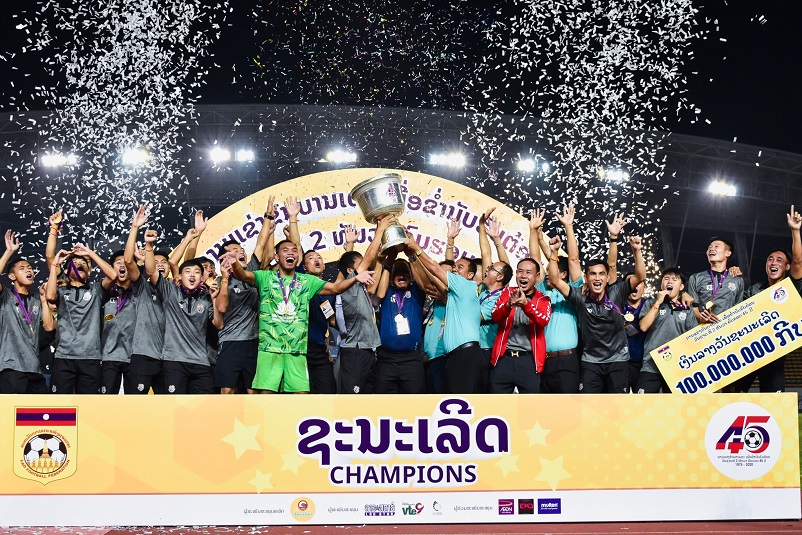 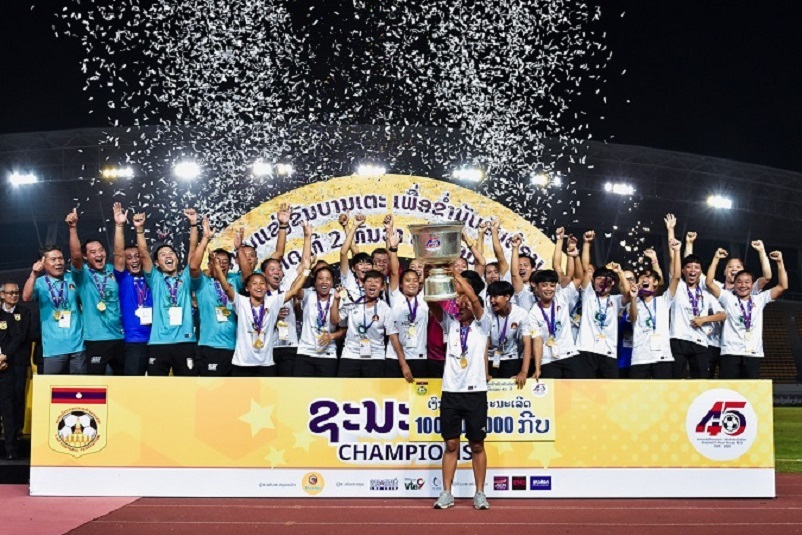 To celebrate the 45th Anniversary of the establishment of Lao PDR, the LFF invited the participation of all 18 provinces – for 18 men and 8 women’s teams.

In men’s football, 18 teams were drawn into 4 groups (2 groups of 5 teams and 2 groups of 4 teams) with the top two teams entering the quarterfinals.

In women’s football, 8 teams were drawn into 2 groups of 4 teams with the top two teams qualifying to the semi-finals.

After 16 days of competition, Champasak Province clinched the men’s trophy after beating Luangprabang Province in the dramatic penalty shootouts.

On the other hand, Vientiane Capital took the women’s crown after beating Xiengkhouang Province – also through shootouts.

Financially, the tournament was subsidized by funding from FIFA and local sponsors namely Beerlao as the Main Sponsor; Lao Star TV, Vte9 and Lao Telecom as Broadcast Partners; Aeon, Evo, Molten as Co-Sponsors.

Moreover, LFF have also subsidized board and lodgings and transportation cost for all participating teams.

Here is the tournament in numbers:

Taking all these into account, then this tournament will surely be one of the biggest sporting events ever organised in Lao sporting history.

This success reflected LFF’s hard work, professionalism, and dedication, to organise a football event in the midst of having to consider COVID-19 safety measures.

And this includes taking the temperature of everyone entering the official venues, providing hand sanitizers and encouraging the use of facial masks.