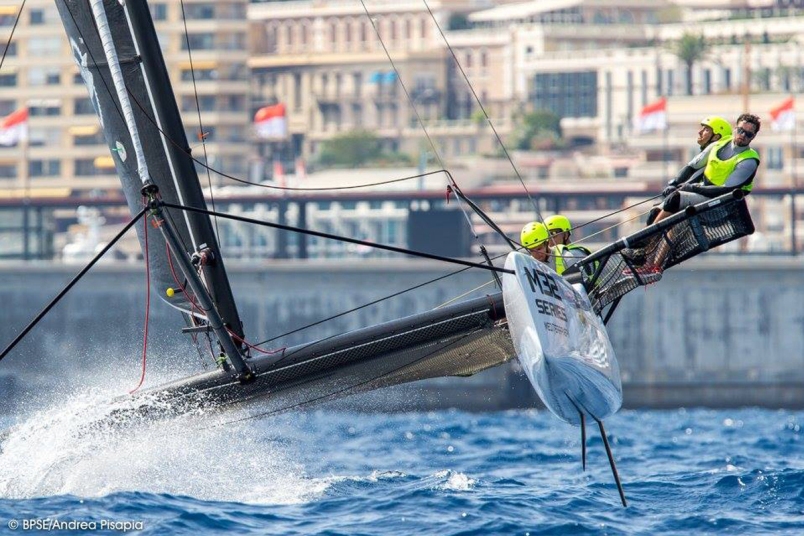 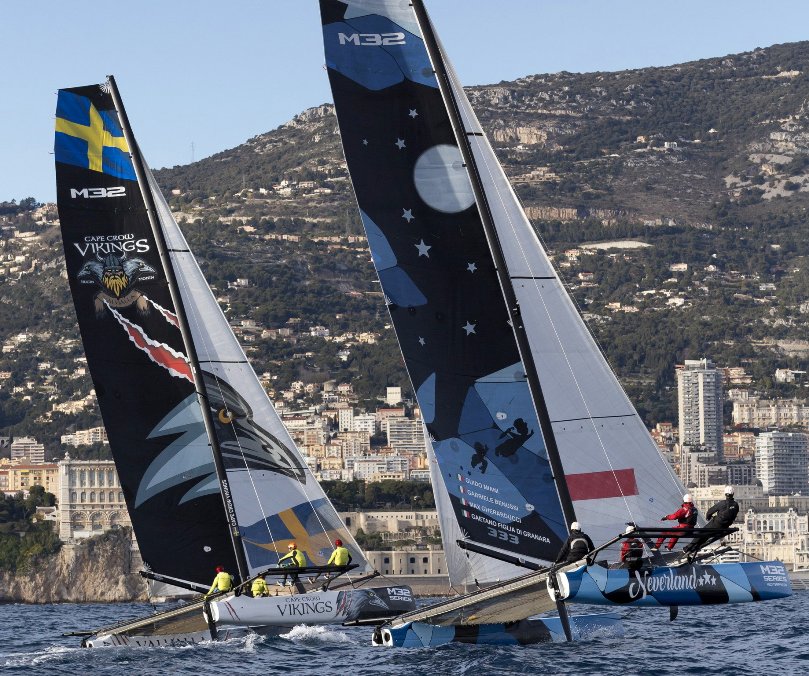 Act 2 of the M32 Monaco Winter Series provided challenging conditions for the fleet, but locals Team Neverland skippered by Guido Maini took their second event win to extend the overall lead in the series.

A 10-14kts steady wind was warmly welcomed on day two of the regatta after an unsailable 40+kts breeze on the first scheduled day of racing. With the M32 catamaran performing to its peak in these conditions the stage was set for a real spectacle. Team Neverland looked to steal the show by winning the first four races of the day with other teams jostling for places behind them.

Riccardo Simoneschi and the Italia Sailing Team were hot on the heels of Team Neverland all day and took two race wins to keep them in contention. By the end of the day only one point separated the two teams.

After only two days of training in the boat skipper Max Stelzl commented, “We are very proud of our performance after such little time in the boat. There were some communication issues on the boat which meant we didn’t do as well as we hoped but overall we are very happy with the performance.”

The Austrians started the day well with a second place finish in race one. “It is a very strong fleet but we know we can be competitive going into the rest of the series” Stelzl concluded.

Unfortunately the wind Gods were cruel again on day three with more unsailable conditions and so the final result stood on the seven races from the middle day with Monegasque Team Neverland winning the overall event.

The top of the leaderboard is close with Italia Sailing Team and Cape Crow Vikings both only three points off the top so it will be all to play for in the next two events on the M32 Monaco Winter Series. Racing will resume on 2nd February for Act 3 in the series.