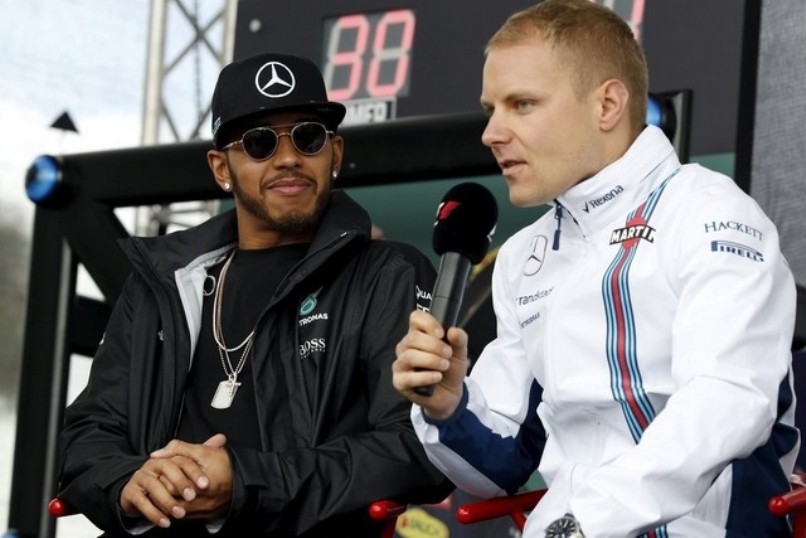 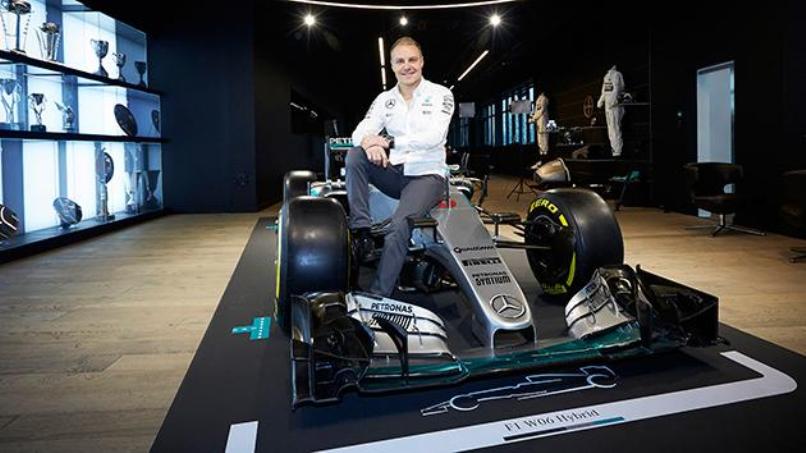 Valtteri Bottas was on Monday named as Lewis Hamilton’s new teammate at Mercedes, the Finn replacing retired world champion Nico Rosberg after being freed to join the Formula One giants by Williams.

The laid back 27-year-old’s well-touted move to the all-conquering German constructor was facilitated by Williams persuading Felipe Massa to come out of retirement to race for them again in 2017.

The Stuttgart-based Mercedes were left scrambling round for a second driver when Rosberg dramatically retired on December 2 just five days following his drivers’ title triumph.

While Rosberg and Hamilton were arch-rivals, Bottas said at Mercedes team headquarters that he wanted a good relationship.

“I think we are going to be a strong pair together,” he said.

“I really respect him (Hamilton) as a driver and as a person. He is so quick, he is a great reference for me.

“But the main thing is that I am sure we are going to work as a team, to work together, and help the team as much as we can, and with a big spirit, go flat out.”

“Welcome to the Team, Valtteri!” the British driver wrote.

Mercedes team chief Toto Wolff observed: “It’s time to see how Valtteri can step up to challenge for wins and Championships.”

Rosberg and Hamilton enjoyed a fiery rivalry in their pursuit of perfection at Mercedes, the former go-cart chums frequently clashed, both on the circuit.

Bottas may prove to be a perfect choice, with his calm temperament matched with speed behind the wheel.

“Valtteri is a no-nonsense guy: down to earth, straightforward and very focused. Pretty Finnish, to be honest, and a great fit for us,” claimed Wolff.

Minutes before Mercedes’ confirmation that Bottas had landed the coveted job Williams’ deputy team principal Claire Williams had described Bottas, who has nine top three finishes to his name, as “a huge talent”.

“I would like to take this opportunity to thank him on behalf of the whole team, and wish him a successful season as he joins Mercedes,” she said.

Massa, who has raced for Williams since 2014, will be joined in 2017 by Canadian teenage rookie Lance Stroll.

For Bottas, this represents the ideal outcome as he moves over to a Mercedes team that has proved unbeatable in recent seasons, with Rosberg’s maiden world championship following Hamilton’s title successes in 2014 and 2015.

“I guarantee I will be giving it all,” added the Monaco-based Bottas who switches stables after four seasons with Williams and 77 starts and an eighth place finish in the 2016 drivers’ championship.

“I want to thank Toto and everyone in the Mercedes diamond for this opportunity.

“I think it’s going to take a while to understand that this is really happening. It’s definitely another dream come true, to race in another team with such great history.”

While Rosberg stunned F1 by turning his back on the sport, Massa was executing a u-turn after the 35-year-old had called time on his long career after the season-closing 2016 grand prix in Abu Dhabi in November.

“I’m delighted that Felipe has agreed to come out of retirement to be a part of our 2017 campaign,” said Williams.

Massa, thrilled to be back in the F1 mix for another year, said of Bottas’ move to Mercedes: “Valtteri has a great opportunity, given the turn of events over the winter, and I wish him all the best at Mercedes.”

Mercedes, who earlier Monday had agreed the signing by Sauber of their German driver Pascal Werhlein, say they are working hard to give Hamilton and Bottas “the car they need to do the job”.

“The next weeks will be busy as we work to build relationships so Valtteri understands the team and the car. But that’s an exciting challenge that will bring us fresh energy and a new dynamic between the drivers,” said Wolff. – Agence France-Presse