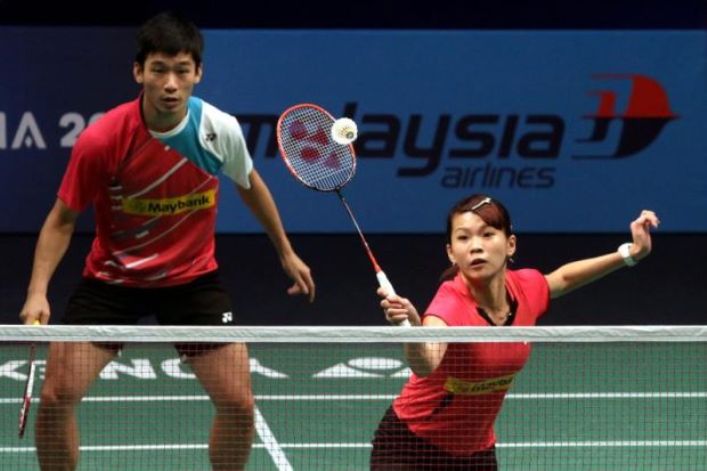 The long wait is over for Malaysia’s No 1 mixed doubles pair Chan Peng Soon-Goh Liu Ying when they won the mixed doubles title in the USD120,000 SKYCITY New Zealand Open Grand Prix in Auckland on Sunday.

The Malaysians defeated young Chinese pair Zheng Siwei-Li Yinhui 21-19, 22-20 in 45 minute final. It was the first title for the Malaysians this year. They last won a major title in 2012 and this was in the Japan Open.

In the process Peng Soon-Liu Ying ended Malaysia’s seven-year drought in the New Zealand Open. The last Malaysian to have won a title in the tournament was Lee Tsuen Seng when he won the men’s singles in 2008 when he beat Sairul Amar Ayon 24-22, 21-17 in an all-Malaysian final. Tsuen Seng also won in 2006.

It was not the best of performance from Peng Soon-Liu Ying but they did enough to edge Siwei-Yinhui to give themselves a big boost for a ticket to the Rio Olympics in August.

The title came with USD9,480 in prize money but more important;y has given them “self confidence” to keep up the momentum in the coming tournaments – starting with the India Open Superseries in New Delhi from (March 29=April 3) followed by the Malaysia Open in Shah Alam from April 5-10.

Playing with both knees heavily strapped after undergoing reconstructive surgery, Liu Ying was quick to admit that the swollen knees after the tough semi-final match against top seeds Ko Sung-hyun-Kim Ha-na restricted her movements in the final.

“I made some simple mistakes but luckily we did not pay for that. Peng Soon played better than me today,” said Liu Ying after the win.

“This is an Olympic year and it gives us great confidence for our next tournaments (India Open in New Delhi from March 29-April 3 and the Malaysia Open in Shah Alam from April 5-10) plus the Rio Olympics.

“Mentally we were strong and we believed in ourselves. We tried our best not to give away easy points.”

Peng Soon was ecstatic with the win and he threw his racquet to the ground, clenched his fists in a celebration yell before getting a high five from Liu Ying.

“We were a bit lucky,” was all Peng Soon could say during a court-side interview on television.