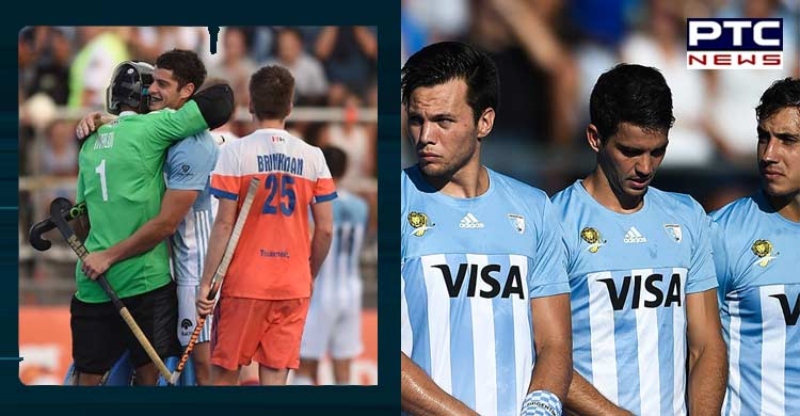 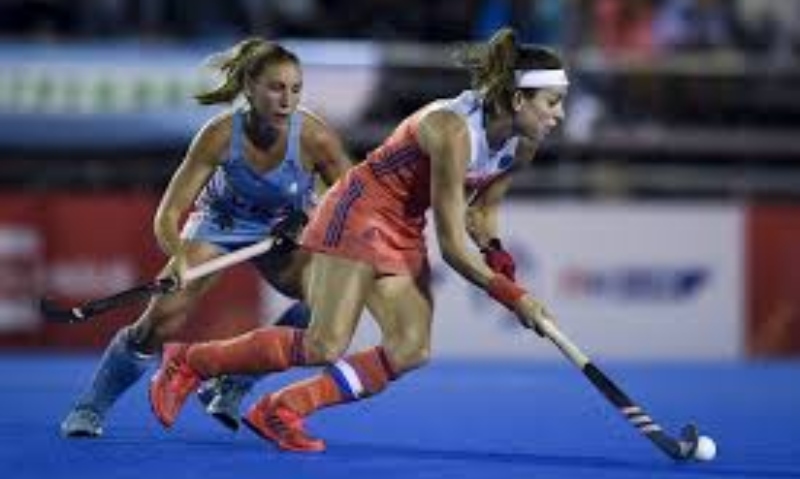 A capacity crowd of 3500 flocked to the Cenard National High Performance Center in Buenos Aires to witness four of the best teams in world hockey take to the field, with Argentina’s men and women playing host to the dazzling Dutch sides on Match Day 16 of the inaugural FIH Pro League.

In the men’s match, Argentina trailed three times against the Netherlands before emerging 4-3 winners thanks to double strikes from Matias Paredes and Lucas Vila, giving Los Leones their first win of the FIH Pro League to climb up to fifth – now one place behind the Dutch – in the men’s standings. It was better news for the Netherlands women, who moved top of the women’s standings after a battling 2-1 win against the home favourites, with Frederique Matla and Pien Sanders both finding the target.

The men’s match saw action at both ends of the field as Olympic and Pan American champions Argentina (FIH World Ranking: 4) aimed to get a positive result against the Dutch (WR:3) European champions and World Cup silver medalists. Los Leones – who were left frustrated on Friday (22 February) when a thunderstorm in Buenos Aires resulted in the cancellation of their FIH Pro League match against Germany – were arguably the better team until the eighth minute when Bjorn Kellerman showed persistence and skill to work his way along the Argentinean back line before moving past goalkeeper Juan Vivaldi and firing into an unguarded goal.

It was a lead that lasted just five minutes thanks to a wonderful deflection from 37-year-old striker Matias Paredes, who touched home a Juan Lopez’s cross with his back to goal to beat unsighted Dutch goalkeeper Sam van der Ven. However, the Dutch were soon back in front thanks to a penalty stroke from Jeroen Hertzberger, who made no mistake after Mirco Pruijser was fouled to put the Netherlands 2-1 ahead at quarter time.

?A score-less second quarter was followed by an Argentine equaliser just 30 seconds into the third period; Paredes claiming his second of the match with a striker’s finish a split-second after Van der Ven dived to his right to deny Argentina attacker Lucas Vila. However, another Hertzberger goal – this time firing a penalty corner into the bottom left corner – restored the Dutch advantage at 3-2.

Argentina dominated the latter stages of the third period and continued to put the Dutch defence under intense pressure throughout the fourth quarter. With Dutch shot-stopper Van der Ven making numerous world class saves, the home side having a goal disallowed by an umpire video referral and nine unconverted penalty corner attempts, it seemed that it was not going to be Argentina’s day. However, their luck finally changed thanks to two late goals from star man Vila, the first of which survived a video referral before the brilliant Argentine fired a penalty corner rebound into the roof of the Netherlands net to give the home side a valuable, richly deserved win on home soil.

Speaking after the match, Mathias Paredes said: “It was an incredible match, with all these people supporting us. It was an incredible day of hockey and we are really happy with the win. We were playing against the Netherlands who are a great team and they always put pressure on us, but I think we had many chances. Maybe not too many during the first half, but in the final quarter we scored and that’s why it was 4-3 for us.”

It was a special day for Argentina stalwarts Juan Vivaldi and Agustin Mazzilli, who earned their respective 250th and 200th caps in the victory, while former player and Olympic gold medallist Juan Gilardi was given a career award in recognition of his international retirement.

There were also some acknowledgements for Argentinean athletes ahead of the women’s match against the Dutch world champions. Maria Granatto was given a warm round of applause on the occasion of her 100th international appearance for Las Leonas, while Lucina von der Heyde was presented with her FIH Young Player of the Year 2018 award by Pan-American Hockey Federation (PAHF) President Alberto ‘Coco’ Budeisky.

Von der Heyde was not the only winner from the recent Hockey Stars Awards 2018 present in Buenos Aires, with Player of the Year Eva de Goede and Coach of the Year Alyson Annan being key components in a Netherlands team that had arrived in Argentina determined to claim all three points.

The Netherlands (WR:1) dominated much of the opening period but found themselves behind against Argentina (WR:4) thanks to a stunning penalty corner effort from Silvina d’Elia, who produced an instinctive open-handed slap-shot to follow up her own initial strike to find the bottom corner and send the home fans wild.

The Dutch levelled the scores in the second quarter when Frederique Matla punished a defensive error from Von der Heyde, intercepting an attempted cross-field pass to race into the circle and slide the ball under the body of Argentina goalkeeper Belen Succi.

The third quarter was dominated almost from start to finish by Argentina but, despite hitting the frame of the goal from a penalty corner, it was the Dutch visitors who took a 2-1 lead into the fourth quarter. Pien Sanders was the scorer, lifting the ball over the onrushing Succi after being set up perfectly by Matla’s penalty corner pass.

The Netherlands hit the post and had a goal ruled out by a video referral in a fourth quarter that saw Argentina continue their fight for an equaliser until the very end. However, Sanders’ strike proved decisive as the Netherlands took a 2-1 win to move to the top of the standings.

?“It was not an easy game, it never is against Argentina, especially here [in Argentina]”, said Player of the Match Lidewij Welten. “I think we did very well, especially in the first half, and we should have scored more goals. We always knew they would try to come back, they keep fighting until the last minute, which is why we actually should have scored more goals in the beginning. The second half was a bit messy, but we defended really well, especially at penalty corners.”

?The FIH Pro League action continues on next weekend with Australia hosting Spain men and USA women in Sydney while the Netherlands head to Changzhou to face China. To see the match schedule, click here.