Home News Losing start for Malaysia in the SoJC 2016 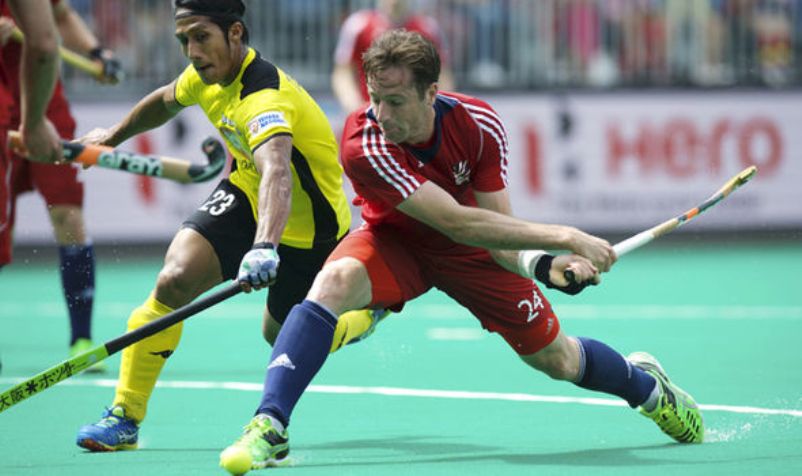 # Malaysia beaten 3-1 by England in their opening match

Malaysia’s poor finisihing stood out like a sore thumb as the hosts fell to a 3-1 defeat to England in their opening match in the 6th edition of the Sultan of Johor Cup at the Taman Daya Hockey Stadium in Johor Bahru on Monday.

And Malaysia even failed to take the numerical advantage when were reduced to eight players after only seven minutes of play when thre England players were sent to the sin bin after picking up green cards in quick succession.

“We had a slow start and only got going after the opening few minutes. The second half was better but overall, we could have avoided conceding all the goals,” said Malaysia coach Wallace Tan.

“To perform, we must be able to do well in attack and defence. We created chances but could not finish. That is something to improve against Australia tomorrow.”

England broke the deadlock after 18 minutes when Nick Page found the top corner from open play, but gritty Malaysia drew level in the 23rd minute after Muhammad Anuar deflected Najib Hassan’s cross into the board.

England almost immediately regained the lead through Will Calnan’s penalty corner conversion in the 24th minute to silence the big crowd of home fans who has turned up at the Taman Daya Stadium.

Malaysian custodian Azmi Ridzwan should have saved Calnan’s shot but instead he allowed it to slip past his hands.

The hosts were more resilient in the second-half but England, a core of whom won the Sultan of Johor Cup with Great Britain last year, increased their lead via Christopher Proctor’s field goal in the 60th minute.

“I’m really pleased to get the first win out of the way. It was not how we wanted to play but the win sets a good momentum,” said England coach Jon Bleby.

“We are here to win every game and the tournament.”

In another match Pakistan gave a strong performance to whip New Zealand 5-2.