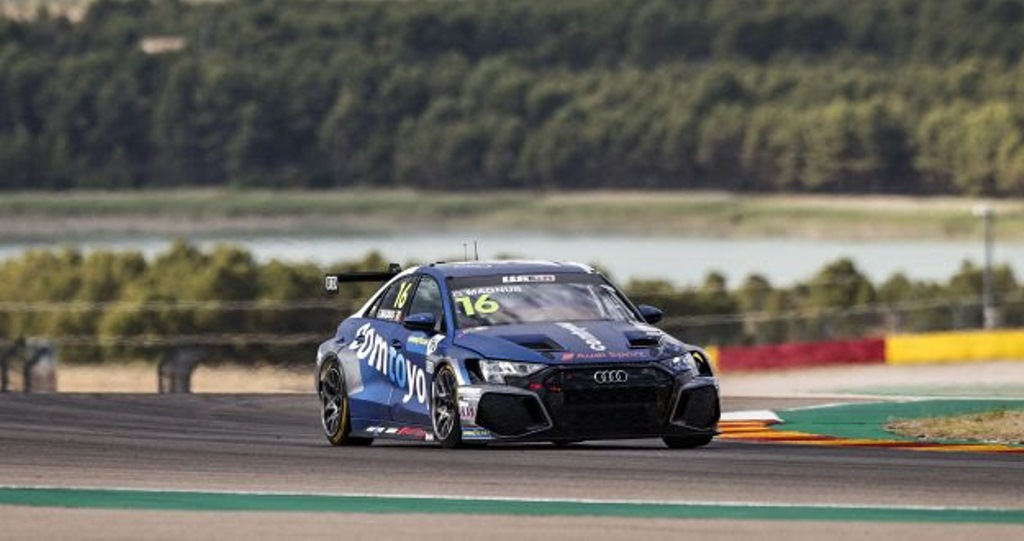 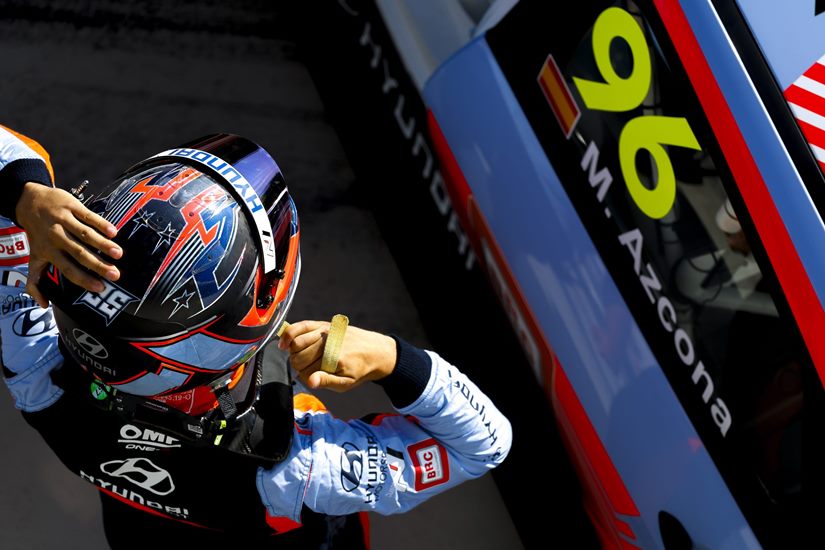 Belgium’s Gilles Magnus stormed to a superb Race 1 pole position at WTCR Race of Spain this afternoon by beating Goodyear-equipped team-mate Nathanaël Berthon to the fastest time in a thrilling Q3 shootout.

The Comtoyou Team Audi Sport racer is set to be joined by his fellow Audi RS3 LMS driver Berthon on the front row at MotorLand Aragón, with King of WTCR Yann Erhlacher and Rob Huff on row two.

It was the 22-year-old’s second pole position in the WTCR − FIA World Touring Car Cup and the second for his Belgian team this season. It’s also the second event running that Magnus has scored 10 qualifying points.

Magnus starts as he finishes by topping Q1 order
Magnus started as he ended by topping the opening 20-minute Q1 session, jumping to the front in the final moments to set the pace from Santiago Uruttia and Berthon. Further down the order, Esteban Guerrieri just made it through to Q2 by managing to find a lap that left him in P12.

But those to miss out included his ALL-INKL.COM Münnich Motorsport team-mate Néstor Girolami − second in the WTCR points coming into the weekend. His Honda Civic Type R TCR just missed out on Q2 by qualifying in P13. Fellow Honda drivers Attila Tassi and Tiago Monteiro, in their LIQUI MOLY Team Engstler entries, also dropped out at the first stage in P14 and P17 respectively. The others who failed to progress were Mehdi Bennani, on his first race weekend at MotorLand Aragón, in P15 − and Tom Coronel’s Comtoyou DHL Team Audi Sport entry a position further back.

Q2 best boosts CUPRA-powered Huff
In the 10-minute Q2 session, Huff showed a great turn of pace to go quickest with a time of 2m05.783s. The others to make the top five and progress to the Q3 shootout were Magnus, Yvan Muller, Ehrlacher and Berthon.

Urrutia was disappointed to just miss out on Q3, outside the bubble in sixth, ahead of Zengő Motorsport’s Dániel Nagy in his CUPRA. The pair of BRC Hyundai N Squadra Corse Elantra N TCRs were surprisingly off the pace, Goodyear #FollowTheLeader Mikel Azcona only eighth on his 26th birthday, one place ahead of team-mate Norbert Michelisz.

Cyan Performance Lynk & Co’s Ma Qing Hua ended up in P10, which puts him on pole position for the partially reversed-grid Race 2. Guerrieri was in P11 in his Honda, ahead of Thed Björk’s Lynk & Co, which was hampered by a powersteering issue.

Magnus makes no mistakes to set Q3 pace
Huff was the first to run in the one-at-a-time shootout. The Briton was a little scruffy in a couple of corners, including at the first turn, and set a benchmark time of 2m05.945s.

Berthon was next to run. The Audi driver was up in both first sectors of the long 5.345-kilometre lap, was slower than Huff in the third but fastest in the fourth to go quickest by 0.265s.

Frenchman Ehrlacher was the third of the five to take his turn. The Frenchman was up in sector one, lost time in the other three sectors to slot in second at this stage between Berthon and Huff, 0.128s off his countryman’s mark.

Ehrlacher’s uncle Muller ran fourth, but clipped the track limits tyre stack in Turn 1 which immediately lost him time. He was fourth of the quartet to run so far, 0.495s off the top.

That left Magnus as the last of the five to run – and in with a clear chance of snatching pole position for Race 1. The Belgian was up in both of the first two sectors, just down in the third – then joint fastest down the back straight to nail the quickest time: 2m05.485s, 0.195s faster than Berthon. That left the final order as Magnus, Berthon, Ehrlacher, Huff and Muller.

Magnus was delighted with his pole position. “After the Hungaroring, where we were in the same position and I had the speed to go for pole, I messed it up myself,” he said. “It’s a mental game this Q3 and you need to stay focused, and you cannot make a mistake. And this time I did it, it was a simply perfect lap. So my pressure off my shoulders. Tomorrow, let’s win the race.”

Berthon wasn’t too disappointed to lose pole position after a good day for the Comtoyou Audis. “P1 and P2 for the team means it’s definitely a superb day for us, let’s see how we can do tomorrow in the races. But it’s a lot of points. Honestly, we were not expecting that. We pushed to the limit and couldn’t get more from the car. Congrats to Gilles. It was an impressive lap. In my lap I lost a bit in sector one, but anyway it’s a good day.”

Ehrlacher said: “Driving this Lynk & Co and nailing a lap is really tough. We were on the edge and 50cm on the brakes too late and we lost it completely. It was one of the most difficult qualifying sessions, but I’m happy we still made it into Q3 and with Ma on the reverse-grid pole we are in a good position to score some good points.”

Huff was pleased “to be where we are for the last two or three races. There’s a huge sense of satisfaction within the team, and I’m proud of the team. Where we are in comparison with the others on paper is a long way away, but we seem to be able to keep putting in these great performances and fight with the big boys. I had a bit of a slide in Turn 1 which was a bit strange, exactly the same as Yvan, I just didn’t clout the tyres. An amazing lap by Gilles. To pull the fastest lap of the weekend in Q3 is pretty special.”

Muller admitted his was a “frustrating” lap. “I knew my tyres would cool down a bit too much, but I did not want to push too much on my outlap and stress my front tyres, but I should have done a bit more. So I lost the car in Turn 1 and hit the tyre stack. I tried, but it didn’t work.”

Race 1 at WTCR Race of Spain is scheduled to take place on Sunday morning at 11h15 local time, with Race 2 due to follow at 15h15.