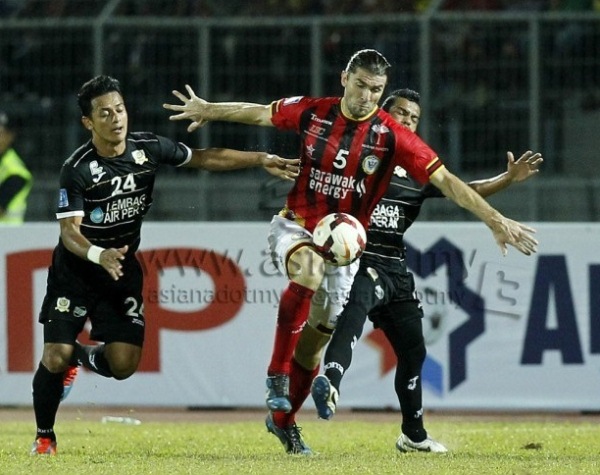 # Pahang will not have it easy against Lions XII

# PKNS FC do not fear Kedah in Alor Setar

The much delayed Malaysia Cup has taken off some shine due to the numerous breaks the oldest football competition gets underway again with the first-leg quarter-final matches getting underway on Tuesday.

Defending champions Pahang will be at home to Lions XII at Kuantan’s Darul Makmur Stadium – a venue that is no more the feared venue for many a visiting team if Pahang’s inconsistent form in the competition is anything to go by.

The Elephants’ yo-yo form in their group is a cause for concern for coach Zainal Abidin Hassan who led the East Coast state to success the last two seasons. Suddenly, Pahang are no more carrying the favorites tag.

Lions XII, under coach Fandi Ahmad, Singapore’s most famous professional footballing son has turned the Lions into serious contenders but what happens in Kuantan will have a telling effect when the return-leg is played at the famous Jalan Besar Stadium.

At the State Stadium in Kuching, Selangor face “lucky” Sarawak. It will not be a walk in the part for the Red Giants as they embark on their “Mission 33” campaign which has gathered dust over the years.

Sarawak made the last eight with a 1-1 draw against hot favorites Johor Darul Takzim (JDT) at the Larkin Stadium – the home of the Southern Tigers – which has become the fortress for the newly crowned AFC Cup champions.

On a soggy and heavy pitch Sarawak walked off with a 1-1 draw to earn the valuable points that sent the Crocs into the quarter-final on a night when the Southern Tigers were expected to win easily.

Selangor will start as favorites but do not rule out the hungry Crocs who showed discipline and hunger at Larkin. Having come this far in the competition Sarawak have found new found confidence to check the Red Giants.

They are the football nomads as far Selangor outfit PKNS FC are concerned and coach E. Elavarasan is not too concerned where they play their opponents when they face Kedah at the Darulaman Stadium in Alor Setar.

“We do not fear playing Kedah away or any team for that matter. Kedah were not able to beat us twice this season, we drew away and won at home. I have faith in my players and they have not let the team down,” said Elavarasan.

Elavarasan were back in serious training just a day after celebrating Deepavali on Nov 10.

The former international has his full team for the Malaysia Cup and is counting on Argentine hitman Gabriel Guerra and his Liberian asset Patrick Ronaldinho Wleh – both of whom are match winners.

Felda United coach Irfan Bakti and his Fighters are ready to do battle with JDT but wants his players “not to concede goals” at home.

Irfan will be without his prized possession Ndumba Makeche of Austalia who refused to renew his contract with Felda on the expiry of his existing contract because the M-League was extended to accommodate JDT’s run in the AFC Cup and haze which led to several postponement of matches.