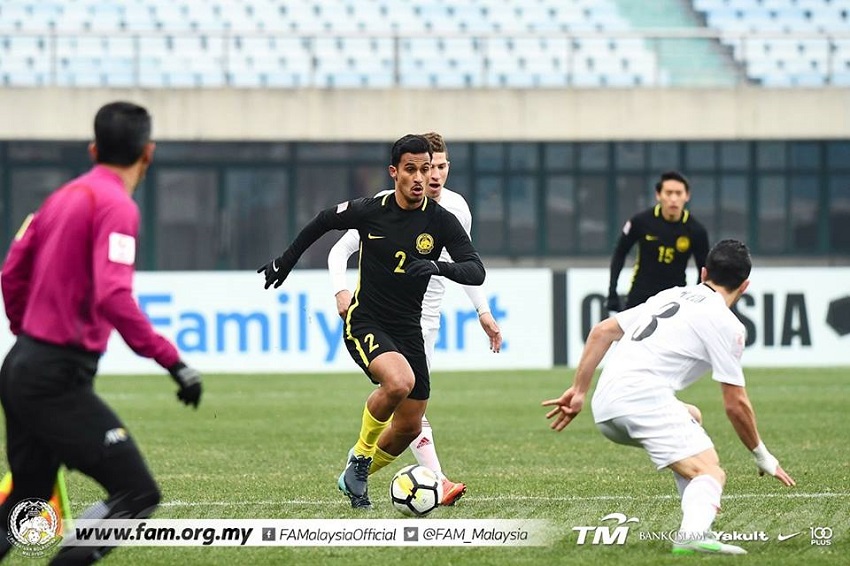 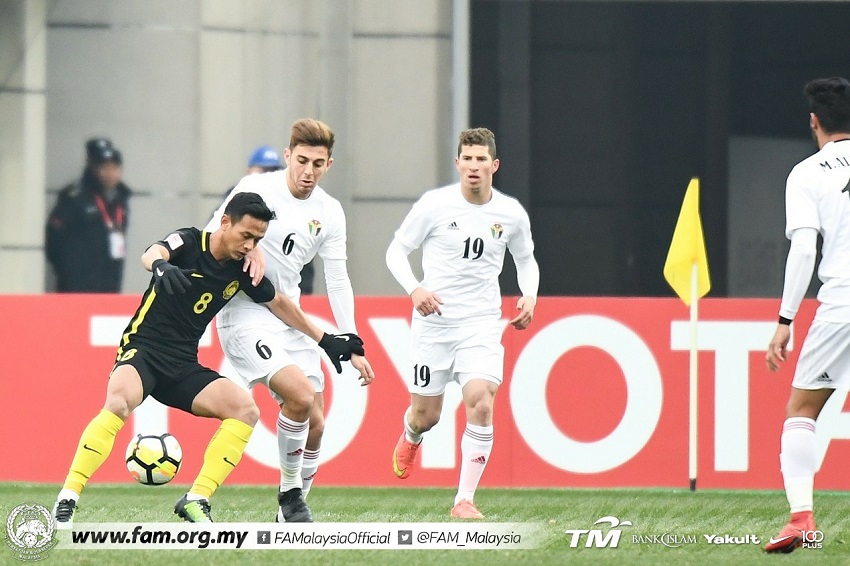 Debutants Malaysia “showed character” to come off with a fighting display and snatch a 1-1 draw against Jordan in a Group C match in the AFC Under-23 Championships played at the Changshu Stadium in China on Saturday.

The share of spoils came in the wake of a 4-1 beating at the hands of 2013 champions Iraq on Wednesday.

The draw gives Malaysia hope of advancing but have to beat Saudi Arabia in their last match in Kunshan on Tuesday.

For the match against Jordan coach Datuk Ong Kim Swee made two changes to the team with Haziq Nadzli replacing Ifwat Akmal Chek Kassim while Akhyar Rashid coming on for the injured N. Thanabalan (hamstring).

Although Haziq is to be blamed for Jordan’s goal which came in the 16th minute – he was a trifle too slow in stopping Ward l Barri from intercepting a long ball from Mohammed Al Razem to give his team the lead.

However Haziq, who plays for four-time Malaysian Super League champions Johor Darul Takzim, turned out a sterling performance between the posts and pulled off some impressive flying saves to keep Malaysia in the hunt.

Malaysia’s constant pressure on Jordan paid off on 43 minutes when Akhyar earned a penalty after he was felled by Saed Ahmad Salameh. Safawi Rasip, made no mistake with the spot – planting a thunderous left footed shot that gave Jordan custodian Rafal Khaldoon Al Rabie no chance at all.

It was what Malaysia were looking for before the break. Kim Swee’s boys came out charging in the second half and Jordan, who drew 2-2 against Saudi Arabia in their first match, were up against a determined Malaysian side.

Malaysia would have sealed full points but the posts denied the Malaysians twice. Safawi hit the side netting in the 50th minute from an assist by Jafri Firdaus Chew before Akhyar’s thunderous shot hit the left post after being set up by Safawi on 66 minutes.

There was another heartbreak for Malaysia in the 73rd minute when Matthew Davies blasted a right footed attempt that crashed against the left upright from a pass by Nor Azam Azih.

“I believe the boys showed good character today. Before the game (against Jordan) nobody gave us any hope…but we almost snatched three points from Jordan,” said Kim Swee during a post match conference.

“Overall, I am proud of the boys and now we have to forget the Jordan match and switch our focus for the match against Saudi Arabia. We have an even chance to advance.” – BY RIZAL ABDULLAH