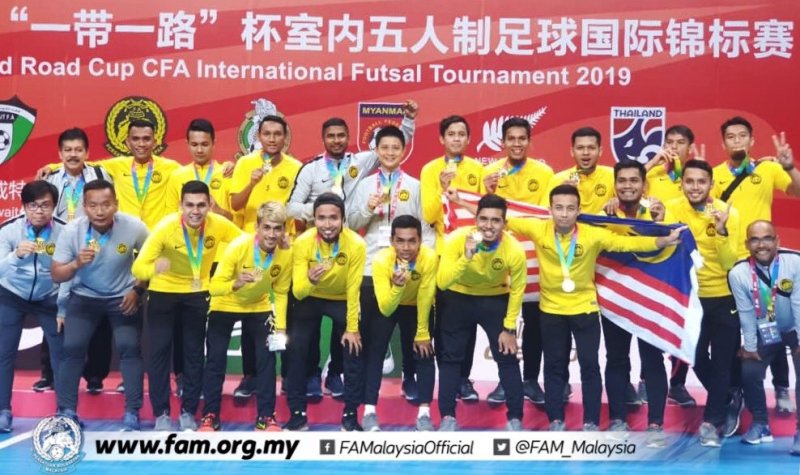 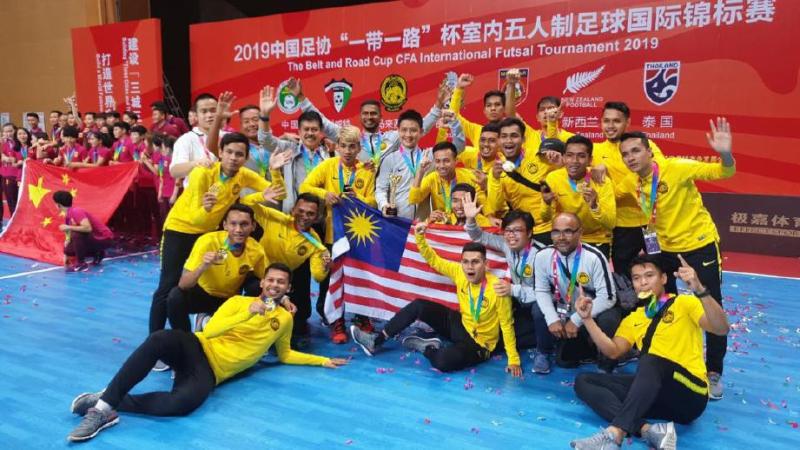 The Malaysia Futsal national team received a boost this week when they won the Belt and Road Cup CFA Futsal Championship that ended yesterday in Chengdu, China.

The victory was timely for the Malaysians as they look to compete at next month’s AFF Futsal Championship in Ho Chi Minh City, Vietnam slated for 21-27 October 2019.

In Chengdu, the Malaysians captured the title on goal difference over hosts China after opening their campaign with a 9-2 thrashing of Mexico and then drawing ASEAN neighbour Myanmar 2-2.

The Malaysians had then drawn China 4-4 in their final round-robin tie.

And with the hosts failing to beat Mexico when they were also held 4-4. It allowed the Malaysians to pip to the title.

“We played well in most parts but certain aspect in terms of fitness needs to be improved. At the international level, fitness will be very important,” said Malaysian Futsal head coach Chiew Chun Yong.

Other than the title, Ridzwan Bakri of Malaysia also emerged as the tournament top striker with six goals.