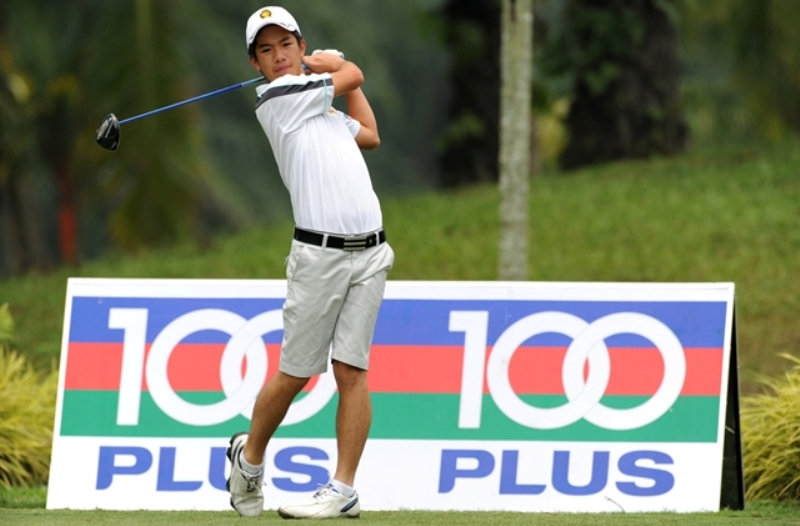 The 72-hole, stroke play competition will be played over the Composite Course at The Royal Melbourne Golf Club from 23-26 October 2014.  Yang, who spent time in Australia as a boy, now attends college at San Diego State University in California, although he recently announced he will take a year off his studies to play golf.

He is familiar with the surrounds of Royal Melbourne, having played metropolitan pennant golf for Kingswood Golf Club and won the Riversdale Golf Club Championship as a teenager.  Yang commented on returning to play in Australia: “I had such great golfing memories back in Australia and especially one of my favourite golf courses, Royal Melbourne Golf Club. I am really excited to return back to my golf home ground and compete in the prestigious Asia-Pacific Amateur Championship.”

His victory at the U.S. Amateur was a surprise to most – entering the Championship as 776th in the World Amateur Golf Ranking (WAGR). He beat collegiate All-American Seth Reeves and then World No. 1 Ollie Schniederjans along the way, then toppled Corey Conners in the final, 2 and 1.

Looking to reclaim his title is 15-year-old Chinese superstar Guan Tianlang who won the Asia-Pacific Amateur Championship in 2012 and played in the 2013 Masters at just 14 years of age, the youngest competitor in the history of the Tournament.  The Malaysian contingent of five that have confirmed to play the Asia-Pacific Amateur Championship includes Mohd Afif Mohd Razif, Muhammad Wafiyuddin Abdul Manas, Chan Tuck Soon, Khai Jei Low and Evuin Chang.

Established in 2009 by the Asia Pacific Golf Confederation (APGC), Masters Tournament and The R&A, the Asia-Pacific Amateur Championship will see a field of 120 of the highest-ranked players descend on Melbourne to experience the premier amateur golf competition in the region.

The champion will receive an invitation to compete in the Masters Tournament in April 2015 and an exemption into The Amateur Championship, which is conducted by The R&A. In addition, along with the runner-up, places in The Open Qualifying Series are available, with the opportunity to qualify for The Open Championship at St Andrews in 2015.

Entry will be free for spectators at The Royal Melbourne Golf Club for the 2014 Asia-Pacific Amateur Championship.