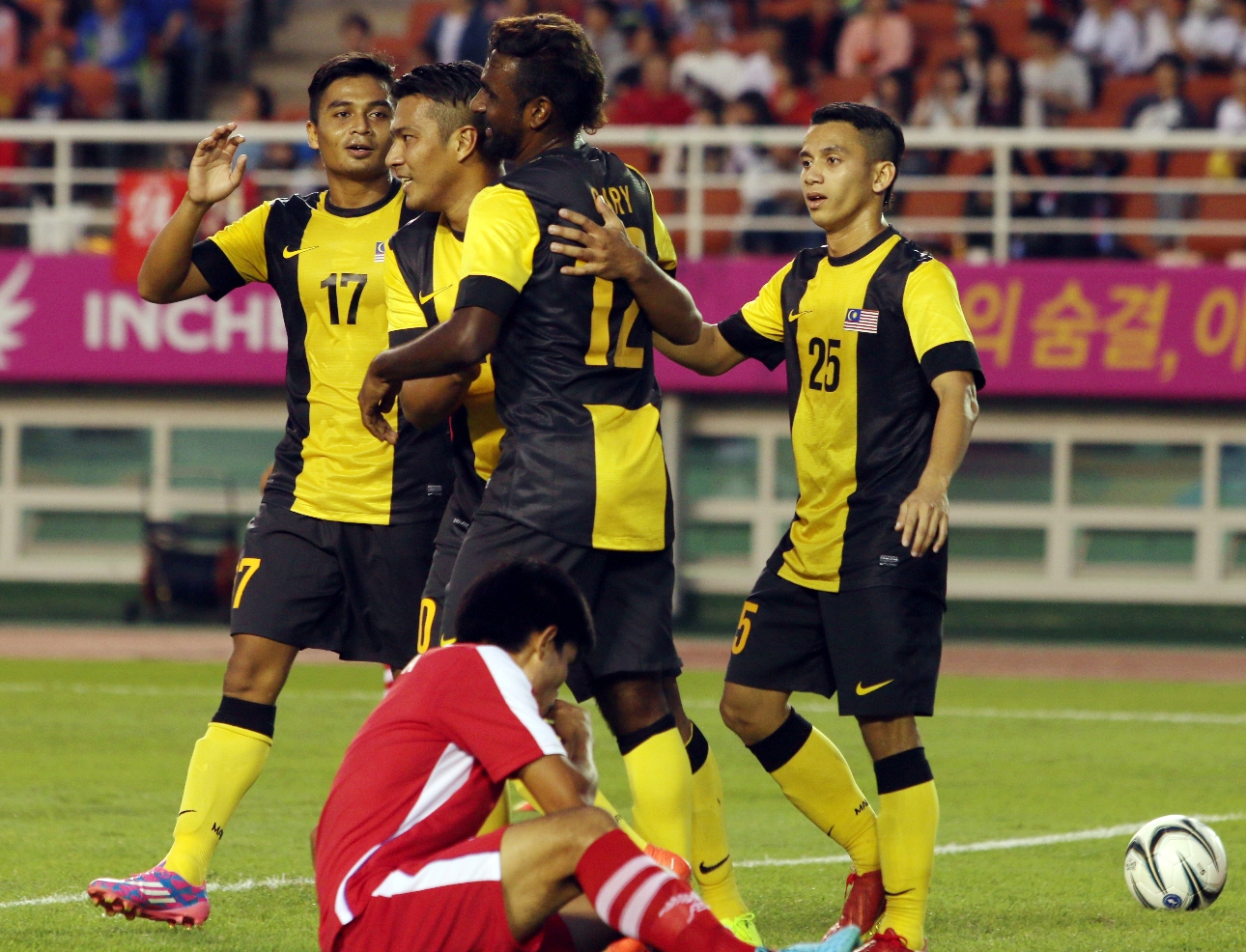 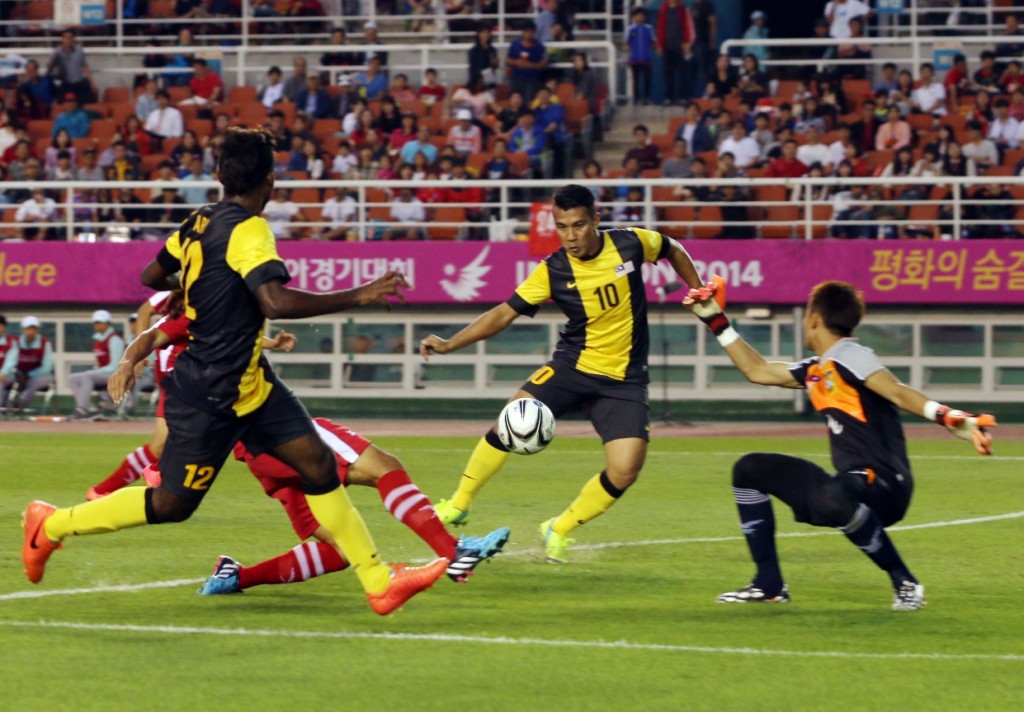 Fittingly Aidil got his name into the score sheet as early as the 12th minute when he jumped high to plant glancing header from a long free kick by Fandi Othman.

But that was the only goal Malaysia could show in the first half as Laos gained confidence as the match progressed. Laos, making only their second appearance in the Asiad did come close midway in the first half and in a spate of six minutes which began in the 30th minute came agonisingly close – leaving Kim Swee with a worried look on his face.

Even when Malaysia did score the first goal there was no smile on Kim Swee’s face – just a clap to celebrate Aidil’s goal.

Laos, now coached by David Booth, saw Sihavong stopped by a timely interception by Afif inside the box before the Laos striker could strike the ball. Then goalkeeper Farhan Abu Bakar came to the rescue to stop range attempts by Sayyabounsou.

Malaysia regained their composure and rhythm after Kim Swee brought on Gary Steven Robbats for the ineffective Ahmad Hazwan Bakri on 62 minutes.Gary Robbat almost immediately stamped his influence in the team. Five minutes later Aidil was taken out and replaced by Amer Saidin.

Malaysia finally scored their second goal after 76 minutes. It was Gary Robbat who made inroads into the Laos penalty as he shrugged off two markers before relaying a low cross into the six yard box where the lurking Nor Farhan Muhammad managed to throw himself to the ground to roll the ball over the goalline.

The adrenaline was flowing and three minutes later it was 3-0 for Malaysia and Fandi rammed home Nor Farhan’s setup. Suddenly Malaysia were on fire and Kelantan-born Farris Danial completed the rout with a well executed shot as he latched to a long ball from the centre of the field.

Malaysia next play Saudi Arabia – a match which they need to win. The Middle East powrhouse beat Laos 3-0 in their opening match. It is a tough match playing the Saudis but with their confidence on the upturn after the 3-0 defeat to South Korea, Malaysia are in the right frame of mind to keep their football hopes alive.