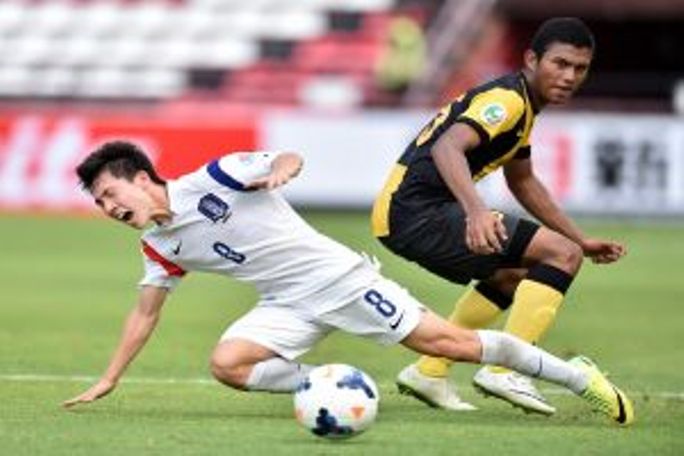 Thailand’s 1-0 win over Oman means Malaysia have their backs against the wall after their 1-0 defeat to South Korea in a Group A match in the AFC Under-16 Championships at the Muangthong Stadium in Bangkok on Monday.

Malaysia, 1-0 winners over Thailand in their opening match, could not break down the Koreans, who advanced to the quarter-finals, having won 3-1 against Oman. The Koreans have six points from two wins.

Malaysia have only themselves to blame for the defeat. A draw would have been a fair result but poor finishing let the Malaysians down. Muhammad Najmuddin had the best chance to salvage an important point when he was denied a sitter inside the six-yard by quick thing Park Myeong Su in the last 15 minutes of play.

Korea’s Barcelona based striker Lee Seung Wo made all the difference when he struck the winner 15 minutes into the match – that too came off a mistake by Malaysia’s Dinesh whose poor clearance allowed the Korean to grab the opportunity.

The top four teams in Bangkok will earn their ticket to next year’s Under-17 World Cup Finals in Chile.

IN Group B Japan and Australia advanced to the quarter-finals after winning their second successive match at the Rajamangala Stadium. The Aussies beat Hong Kong 2-0 while Japan outplayed China 3-0.