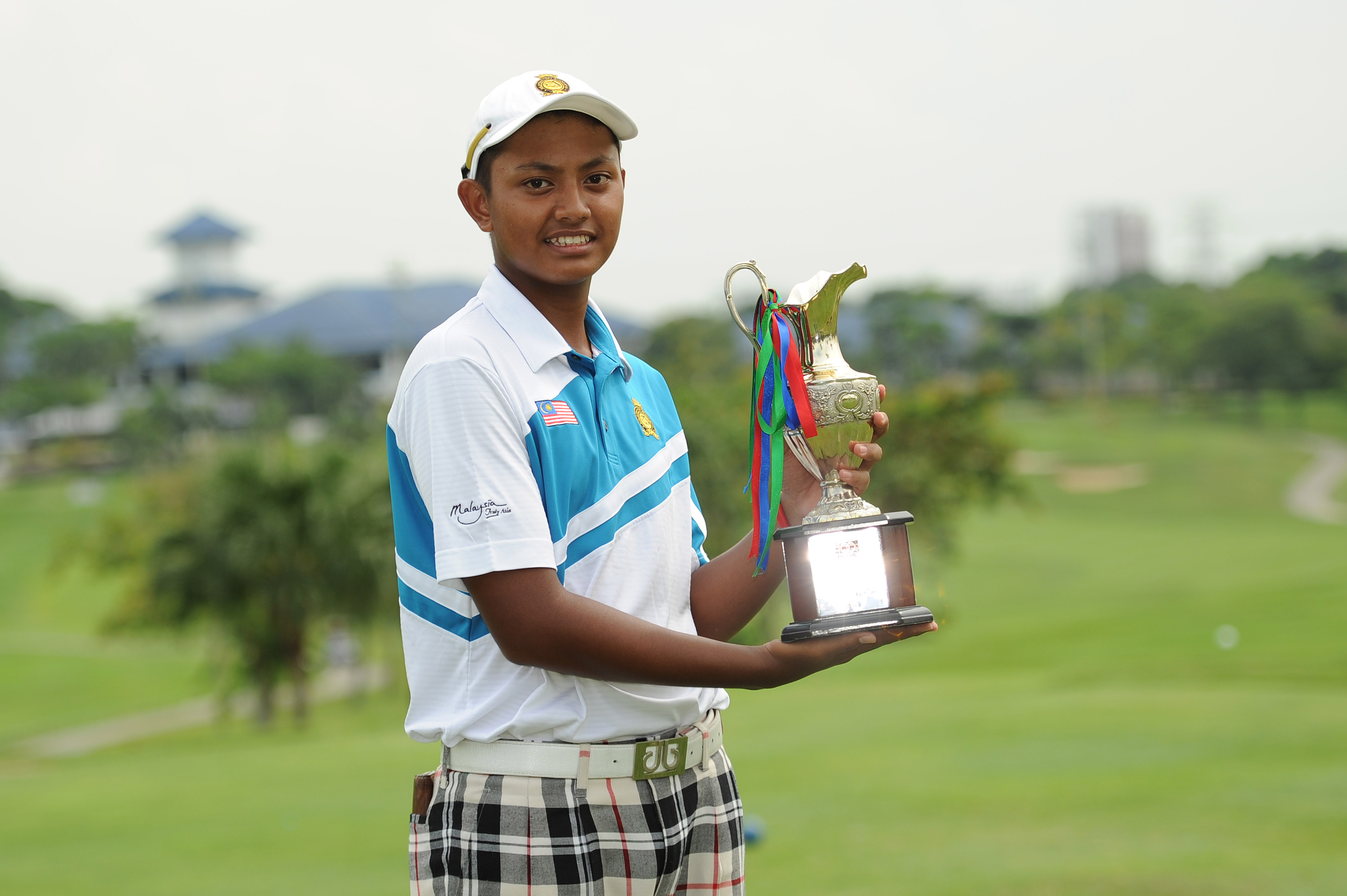 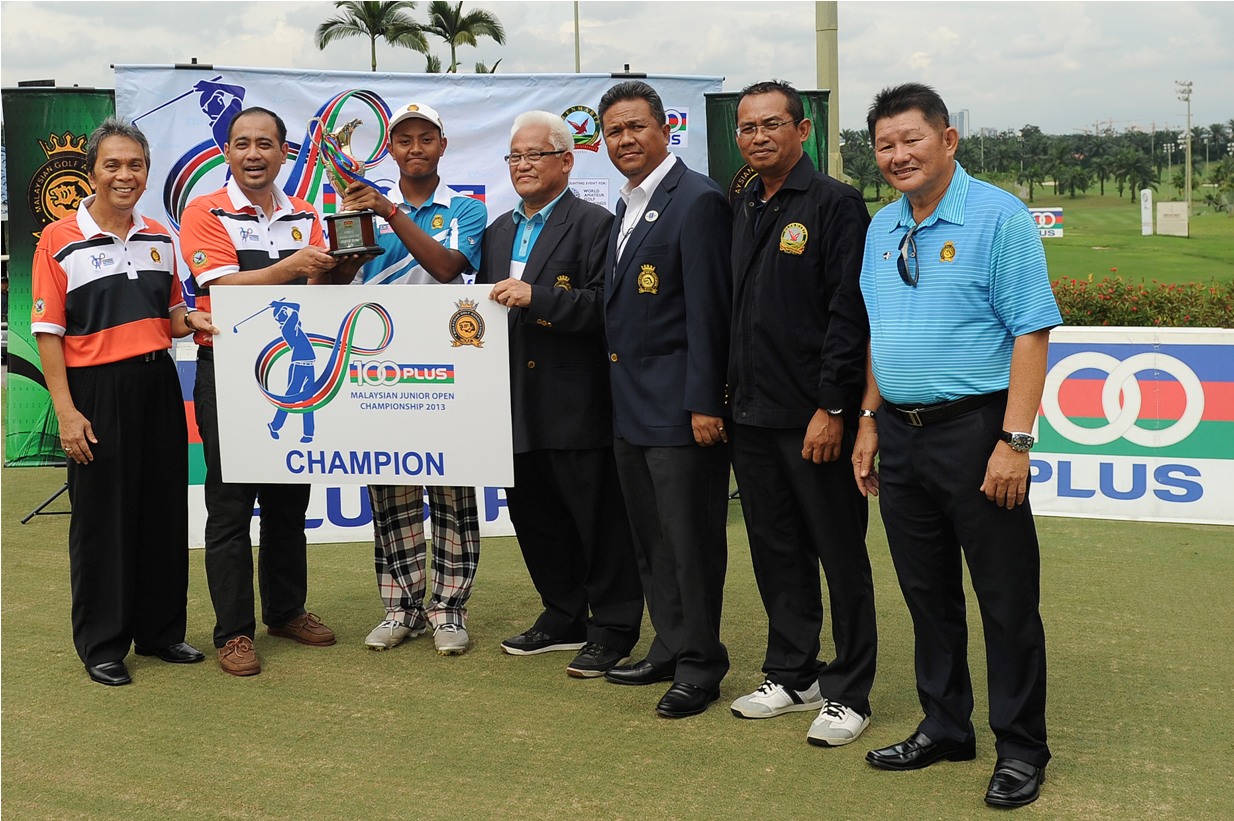 Defending the 100PLUS Malaysian Junior Open title at the Sabah Golf and Country Club has Amir NazrinJailani all excited as it was at this venue two years ago when he sensationally bagged the President’s Challenge Trophy.

Amir feels the Sabah GCC is the ideal location for him to make his stand this year as he defends his title in the three-day Malaysian Junior Open which begins here on Thursday. Having such fond memories of the club will surely help raise Amir’s confidence levels.

And with strong opposition not just from his national teammates Galven Kendall Green, Alvin Hiew, Bryan Teoh, Daeng Abdul Rahman, Solomon EmilionRosidin and ZulhelmiRamlee, but also from foreign players from Singapore, Taiwan, Korea, Thailand, the Philippines, Australia and Hong Kong, Amir will have his work cut out for him.

The 17-year-old student of SekolahMenengah Sri Bestari in Bandar Sri Damansarais determined to defend his title although it has been tough on him shuttling time between golf and studies.

Amir will be sitting for his SijilPelajaran Malaysia examinations at the end of the year but he has managed to cope with both, studies and golf.

The youngest in the family, Amir wants to be an automotive engineer but will not hesitate to change that and make golf his career – thanks to Tiger Woods, who has been an inspiration since he was seven.

“It is a challenging course but if you know where to place the ball it can favour you. I love playing there (Sabah). Of course I aim to defend my title although I have to divide my time between studies and golf,” says Amir, who trains at the Seri Selangor Golf Club in Kota Damansara daily.

He is at the driving range from 8pm to 11pm from Mondays to Fridays. Saturdays and Sundays he practices on the course and plays 18 holes,besides spending another two to three hours on his chipping and putting.

“I have to divide my time well between studies and golf as I will be sitting for my SPM exams this year. I return from school at 3.30pm and take a one hour rest before going for tuition or do revision.”

“I want to be a professional golfer but should I not make the grade my ambition is to be an automotive engineer. Will see how things go but I am bent on making golf as my career…I am inspired by Tiger Woods. After watching Tiger Woods playing golf I did not want to play any other sport like football,” added Amir.

For the record, Malaysia have won the boys’ title since 2011 when Azry Asyraf Azam emerged the winner. This was followed by Low Khai Jei in 2012.

This year, Amir won the National Schools (MSSM) title at the Palm Resort & Golf Country Club in Senai, Johor in March and the 40th Kelantan Amateur Open title at the Kelantan Golf Club in Kota Bahru in June. Amir hopes that by the end of this week, he will have another title under his belt.

Meanwhile, in the girls category, the national team will be represented by six players – KanKah Yan, Ashley Lau, SitiZulaikhaShaari, Natasha Andrea Onn, Geraldine Wong and Winnie Ng. Apart from the Malaysians, the  other countries who have participants in the girls category are Hongkong, Singapore, Thailand and Philippines.

The 100PLUS Malaysian Junior Open, which is in its ninth edition, will start on Thursday and end on Saturday.