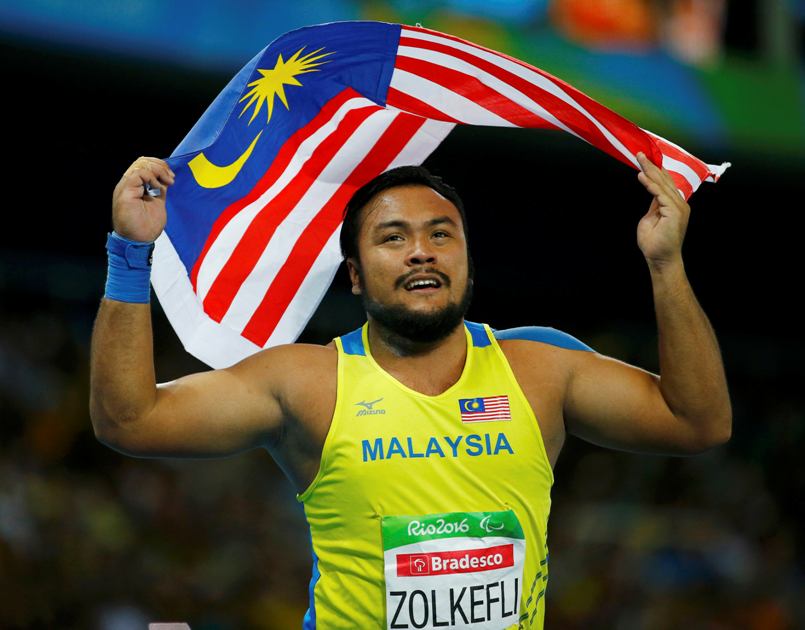 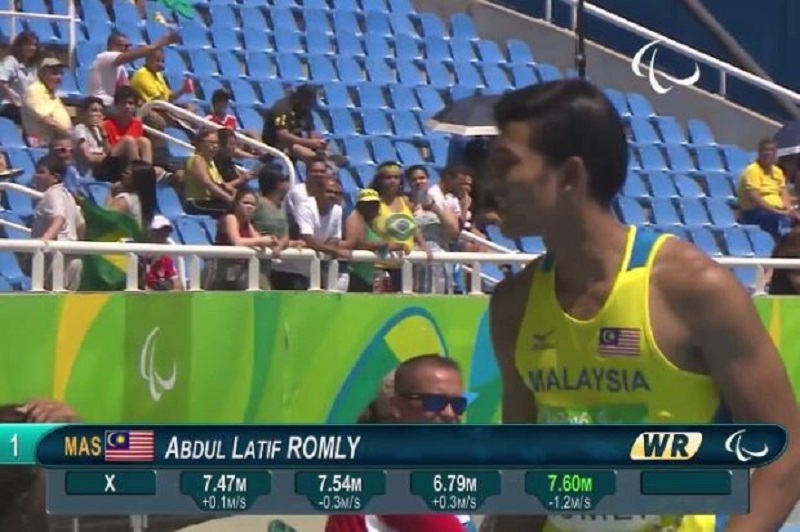 # NegaraKu heard loud and clear not once but thrice in Rio

Youth and Sports Minister YB Khairi Jamaluddin took the bold step to bring disabled athletes on par with the able-bodied athletes after he was told that the para-athletes get 30% less in terms of incentives. That was three years ago.

That was when Muhammad Ziyad Zolkefli won at the World Athletics Championships in Lyon, France. Khairy, simply known as KJ to all, was not going to swallow that the disabled get 30% less than the normal athletes.

He took it upon himself to change that policy which received initial rejection from the National Sports Council but all that is history. Today the Paralympians and Olympians stand on equal footing.

Today the nation is abuzz following Malaysia’s three-gold medal haul within hours at the Rio Paralympics and the Jalur Gemilang fluttered high. The NegaraKu (Malaysia’s national anthem) was heard loud and clear – not once, not twice but thrice – announcing Malaysia’s arrival at the Mega sports event.

It does not matter Malaysia had to wait for 44 years after making its Paralympics debut in Heidelberg in 1972 for such glory. The pride of standing at the highest level on the podium was heartfelt by one and all Malaysians from all walks of life.

The tears of joy whipped in national pride that is second to none and the social media went abuzz with congratulatory messages. The joy of Malaysia’s long wait for an Olympic gold cannot be described in words.

This was followed by Muhammad Ziyad Zolkefli who not only won Malaysia’s second gold in Rio, but with a new world record in the men’s shot-put F20 (intellect disability) – with a shattering 16.84m throw. He was a bronze medallist at the 2012 Paralympics in London

There was more to come from the Malaysian Paralympic contingent in Rio when long jumper Abdul Latif Romly clinched the gold in his event – men’s long jump T20 (intellectual disability) – and in the process broke his own world record three times with a jump of 7.60m.

After fouled jump in his first attempt Latif inspired himself in his second attempt with a distance of 7.47m which erased the 7.35m mark he set at the World Championships on Doha last year.

Ridzuan, Ziyad and Latif expressed a million thanks to all Malaysians for their prayers and blessings for the disabled to do well in Rio.

The tears of joy shed in Rio spoke of the sacrifices these disabled athletes had made to achieve the historic golden moments that is the talk in all four corners of the country called Malaysia.

They fought the odds and now they have reaped the rewards that comes with the success in Rio – rewards that are on par with the normal athletes.

The “extraordinary athletes” as Khairy calls them, will get RM1 million each for the gold medal under the Government’s incentive scheme plus a monthly allowance of RM5,000.