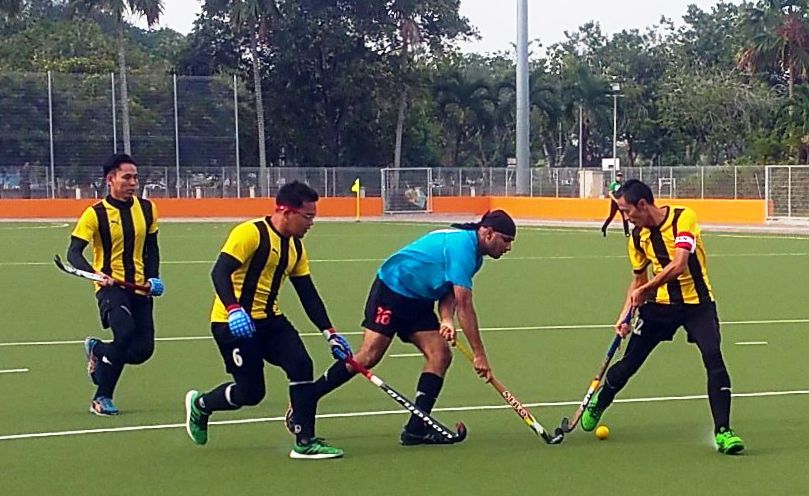 Gursticks HC won both their preliminary round matches to launch themsleves into contention for a place in the semifinals of the TNB-QNET-SHL2016 Division 3.

Four teams in Group B are on the same number of point as they trail group leaders Puchong Hockey Club by three points although Senil Solutions – who have a game in hand – can change the status quo.

Gurstick – who had suffered an opening game defeat – faced UKM Staff and they confidently went inon the attack
looking for the early goal. They were rewarded on the ninth minute as Tarminder Singh stepped up to convert the penalty corner.

Gurstick’s Harpreet Singh was in the thick of the actions with his runs into the semi circle and just before the end of the first quarter he dribbled past three players to gve his team the second goal.

Gurstick did not let up as immediately at the start of the second quarter, they picked up their third goal when Gurvinder Singh scored from a tight angle.

UKM Staff have to thank keeper Irwan Mazli Abdul Malek for keeping the scoreline down but he was not able to stop Kiranjit Singh cracker on 31st minute to give Gurstick a 4-0 lead where the score line remained till the end of the match.

In Division 5 – the schools division – Pengkalang Permatang kept  pace with the Group A leaders as they gave Bandar Sri Putra a 7-0 drubbing while in Group B, Gerakan Belia 4B Puchong are on a three match winning streak

Gerakan Belia 4B Puchong staked their claim for the semifinal spot in the schools division when they easily saw off Team Sepang 10-3 on Saturday, but in battle for the top spot against Star Klang, the Puchong based team
found the going much tougher.

Star Klang knowing a victory would hand them the top spot, went into the attack and grabbed the early lead in the eighth minute via a Muhd Hakimi field goal. It was end to end game with both teams creating the chances but the
score remained until the break.

Gerakan Belia 4B half time pep talk paid dividends as they came out charging with Muhd Exmar Muhd Isa  grabbing a hat trick of field goals on the 33rd, 41st and 52nd minute while Mohd Faizol Rozinan converted a penalty corner
on the 38th minute as Gerakan raced to a 4-1 advantage.

Star Klang tried to stage a comeback, Muhd Luqman Zaini grabbing a double on the 55th, and 57th minute but it was a little too late as Gerakan Belia 4B Puchong held on to the 4-3 win and the crucial three points that saw them
topping the table.

The league takes a one week break to celebrate Malaysia Day with matches to resume on 24th & 25th Sspetember. 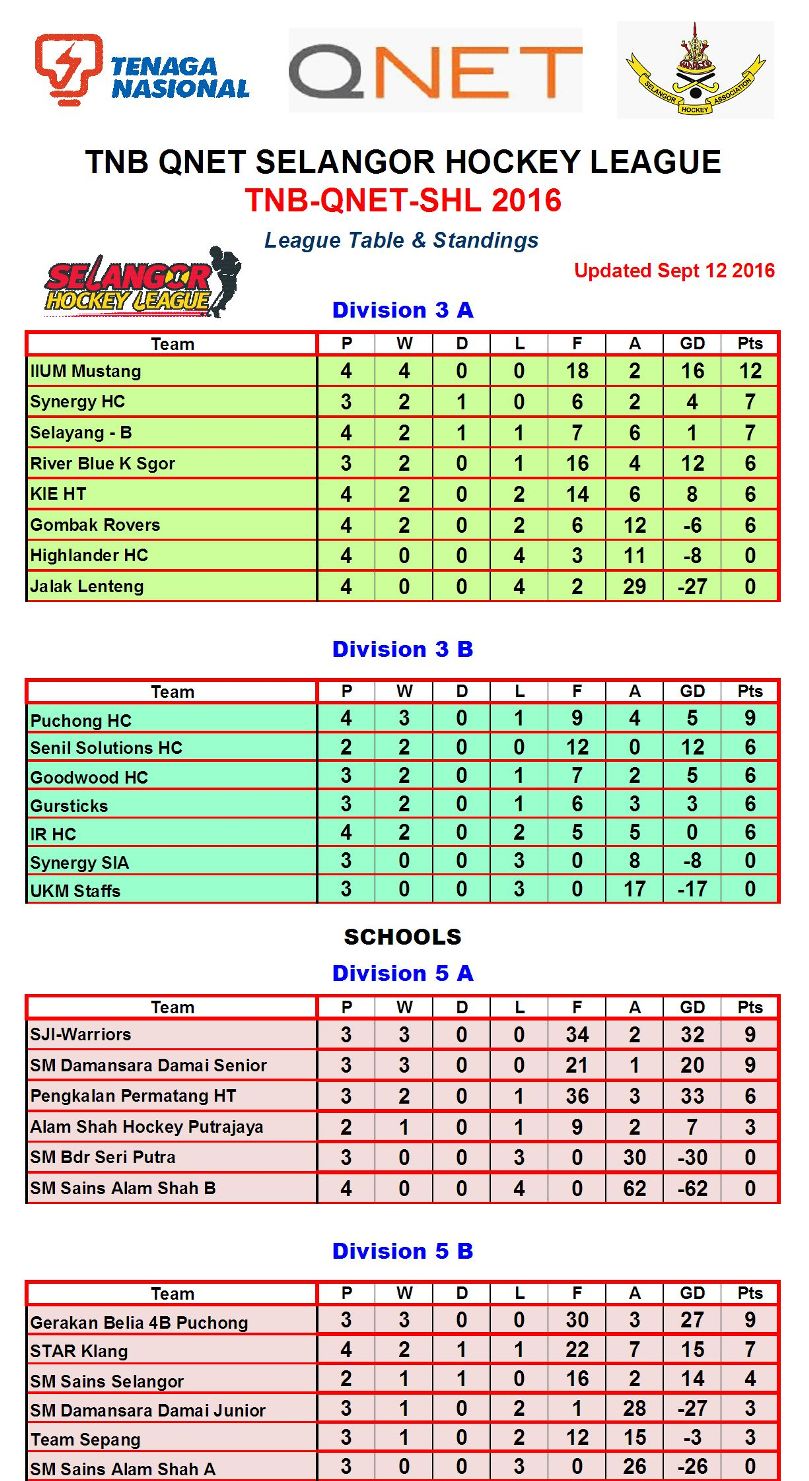