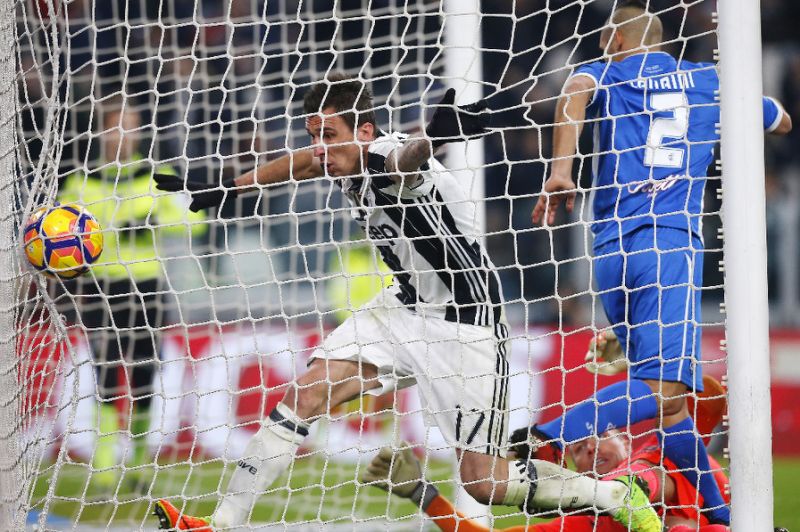 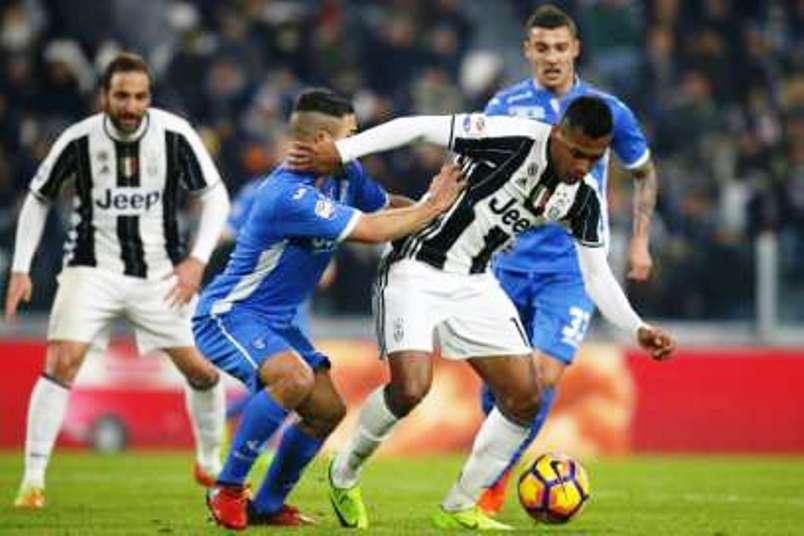 Mario Mandzukic overcame a wasteful first half to inspire Juventus to a 2-0 home win over Empoli that edged the Turin giants closer to a record sixth straight Serie A title.

Juventus, claiming their 22nd win in 26 games, moved 10 points clear of closest challengers Roma ahead of their visit to Inter Milan late on Sunday.

Napoli remain third but are now 12 points off the pace after a shock 2-0 defeat at home to Atalanta virtually ended their hopes of challenging for a long-awaited scudetto.

A Roma defeat at the San Siro would deliver a significant blow to their scudetto hopes, but Juventus coach Massimiliano Allegri said nothing is won yet.

“Absolutely not,” he said when asked if Juve had one hand on the title. “Roma could be seven points behind us by tomorrow, we still have a lot of games to play, Napoli could get to 90 points and Roma 95.

“We need to win a lot of games and tonight, against Empoli, wasn’t so simple. It took us until the second half to break the deadlock.”

Juventus are also challenging for a third consecutive league and cup double and Allegri underlined those ambitions by resting several players for Tuesday’s semi-final first leg with Napoli.

The ‘keeper’s gloves went to Brazilian Norberto Neto after Gianluigi Buffon was rested, while Dani Alves and Daniele Rugani stepped in for veteran defenders Andrea Barzagli and Giorgio Chiellini, both on the bench.

Argentine playmaker Paulo Dybala also started on the bench but given Empoli’s miserable record at Juventus Stadium there was little to suggest Allegri’s choices would backfire.

Yet Empoli were a tough nut to crack in a balanced opening half that saw plenty of home chances, most by Mandzukic, go amiss.

Mandzukic then slid in at the back post only to direct Juan Cuadrado’s deflected shot wide and on the counter Omar El Kaddouri spurned a great chance for the visitors.

The Croat Mandzukic should have done better after running on to Higuain’s perfect pass, but hesitated on a one-on-one with Skorupski and allowed defenders to track back.

Mandzukic was at full stretch to meet another great pass from Higuain at the back post, but did better minutes after the interval when he rose high above the Empoli defence to meet Cuadrado’s weighted delivery.

His powerful header beat Skorupski, smacked off the underside of the crossbar and eventually cleared the line after bouncing back off the splayed ‘keeper and into the net for a 52nd minute own goal.

The Brazilian returned the favour for his countryman in the 65th minute. Sandro was left unmarked on the left side of the area in the 65th minute to pivot around his marker and beat Skorupski with a low angled drive at his far post.

Earlier, a brace from Juventus-bound Mattia Caldara torpedoed Napoli’s scudetto hopes as 10-man Atalanta underlined their growing Euro ambitions in style with a shock 2-0 win at the San Paolo.

But less than a week after suffering a 3-1 defeat to Real Madrid in the competition, Maurizio Sarri’s men saw a 14-game unbeaten streak ended by their second successive league defeat to Gian Piero Gasperini’s men.

Atalanta’s 16th win moved the Bergamo side up to fourth, ahead of Inter Milan before they welcome Roma to the San Siro.

But coach Gian Piero Gasperini played down hopes of trying to qualify for the Champions League: “We have already targeted a place in the Europa League.” – Agence France-Presse