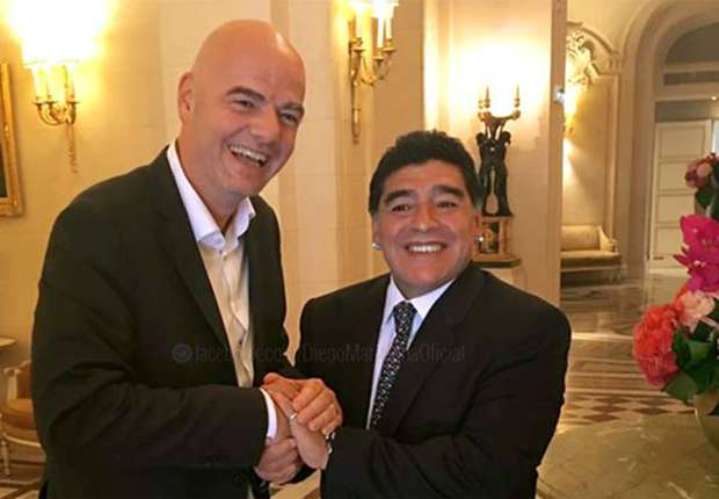 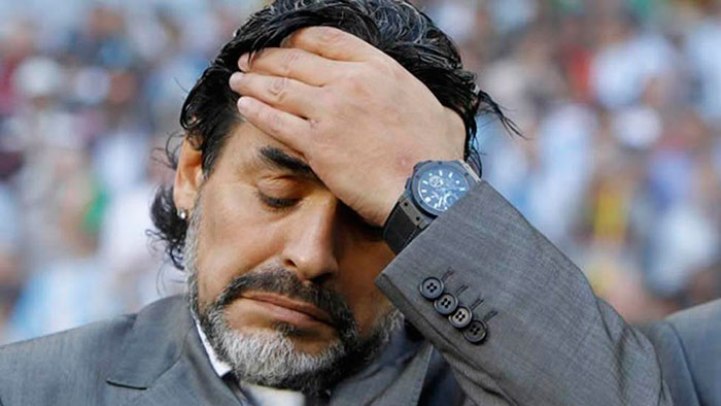 Elected in February to succeed Sepp Blatter, Infantino “had a very positive and constructive meeting” with Argentine football legend Maradona in Paris on June 10, a FIFA spokesperson told AFP.

“It is important that true legends of the game like Diego Maradona are interested in the future of the game and involve themselves in the promotion and development of football.”

Maradona, who starred in Argentina’s 1986 World Cup triumph, has often in the past been critical of world football authorities, last year saying Blatter had made a “disgrace” of the game.

“This was another step in implementing the FIFA President’s vision to reconnect FIFA with the players who have made the history of the game,” the FIFA spokesperson added.

“FIFA is committed to help and assist find a sustainable solution for the governance of Argentinian football. And Diego Maradona has offered his support.”

The Argentina Football Association (AFA) has been left reeling following the death of long-time president Julio Grondona in 2014, which unleashed an internal power struggle, and the FIFA corruption scandal, which implicated several figures in the world of Argentine football.

AFA is also under investigation for suspected misuse of millions of dollars it received from the Argentine government under a programme called Football for All, in which matches were broadcast for free. – Agence France-Presse