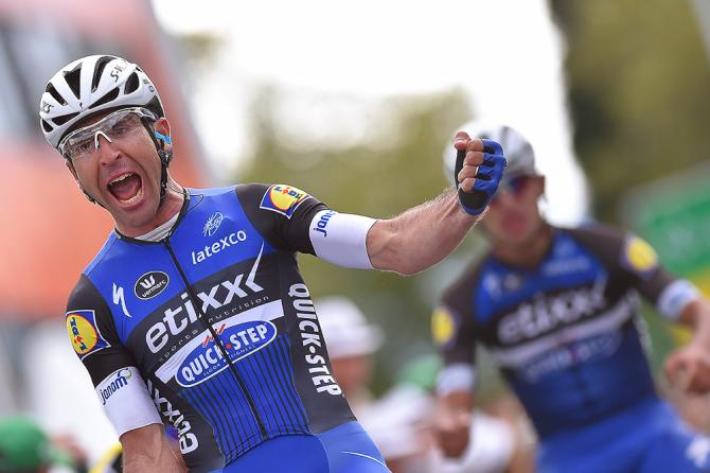 Argentine Maximiliano Richeze led a South American one-two ahead of race leader Peter Sagan on the fourth stage of the Tour of Switzerland on Tuesday.

It was also an Etixx-Quick Step one-two as Richeze crossed the line ahead of Colombian team-mate Fernando Gaviria with Slovak Sagan finishing third following the 193km run from Rheinfelden to Champagne.

Having won the two previous stages, world champion Sagan missed out on a hat-trick after clipping the wheel of Sky’s Danny van Poppel on a tight right-hand bend just before the line.

Van Poppel showed great bike control to stay upright as he wobbled all over the road while Sagan momentarily lost momentum and was unable to overhaul the Etixx pair in front of him.

The Tinkoff rider did increase his overall lead, though, thanks to picking up four bonus seconds on the line, while the rest of the peloton also finished two seconds back from the leading trio.

Belgian Jurgen Roelandts finished ninth on the stage and dropped to nine seconds behind Sagan, while Silvan Dillier, another Belgian, is third overall at the same time gap.

Wednesday’s 125km run from Brig-Glis to Cari is the first of three mountain stages that should give the overall contenders a chance to shine, including reigning champion Simon Spilak from Slovenia.

It has three tough climbs, two of which are hors category and 26-year-old Sagan is likely to struggle to hold onto the leader’s yellow jersey.

Briton Geraint Thomas is the highest placed of the overall contenders, currently 10th at 25sec.

Results from the 193km fourth stage of the Tour of Switzerland from Rheinfelden to Champagne on Tuesday: