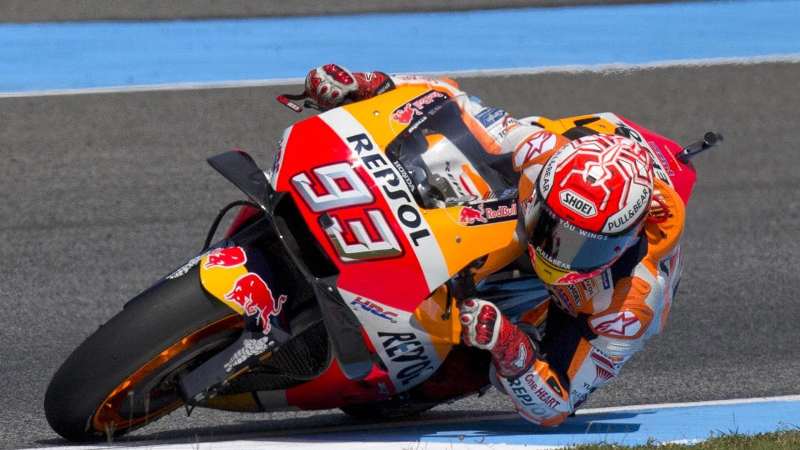 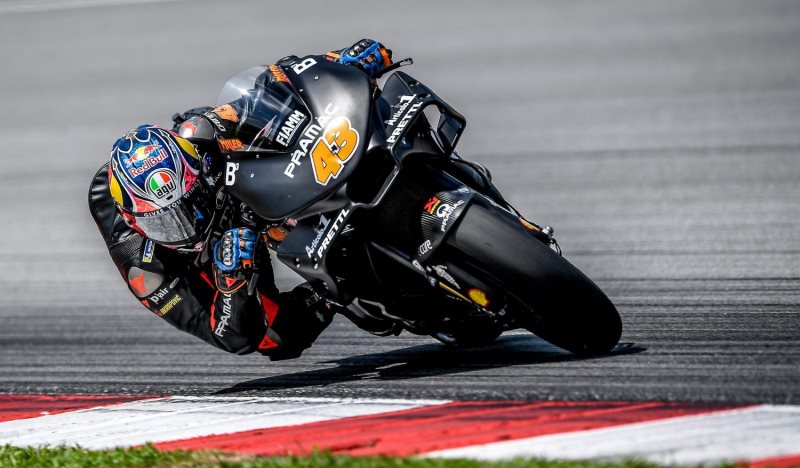 Marc Marquez (Repsol Honda Team) completes Day 1 at the Gran Premio Motul de la Comunitat Valenciana as the fastest rider on circuit thanks to his FP1 time of 1:39.767, the Spaniard heading Alma Pramac Racing duo Jack Miller and Danilo Petrucci as the top three are split by 0.140 on Friday.

Just like FP1, the session was red-flagged in the early stages due to unsafe track conditions. This came after debris was left on circuit after Johann Zarco (Monster Yamaha Tech 3) crashed at the tricky Turn 12, the Frenchman was ok and returned to the pits. A short delay followed before the riders headed back out, but with the rain heavier than it was in FP1, none of the riders were able to improve on their morning times.

This left Marquez ending Friday as the quickest rider, P2 for the 2018 World Champion in the second session to cap off a good day, with Miller P2 despite finishing P13 in FP2. Petrucci topped FP1 by a significant margin – 0.407 the gap back to the number 93, with Valentino Rossi (Movistar Yamaha MotoGP) the only other rider within a second of the Ducati rider in the second session – P12 overall for ‘The Doctor’. Andrea Dovizioso (Ducati Team) sits fourth overall, the Italian was P12 in FP2, with Dani Pedrosa (Repsol Honda Team) completing the top five on Day 1. The ‘Little Samurai’ was P24 in the second session as he aims to end his fantastic career on a high.

After going to hospital for a checkup after his FP1 crash, Xavier Simeon (Reale Avintia Racing) was back on track for FP2 but the Belgian crashed again at Turn 12. Thankfully he was up and walking, with Stefan Bradl (LCR Honda Castrol) also going down at Turn 12 shortly after – rider ok.

A completely wet day in Valencia looks like it will set the tone for the weekend. Can anyone improve in FP3 to see if they can grab an automatic Q2 place? Don’t miss FP3 from the Circuit Ricardo Tormo from 09:55 local time (GMT +1) on Saturday morning.