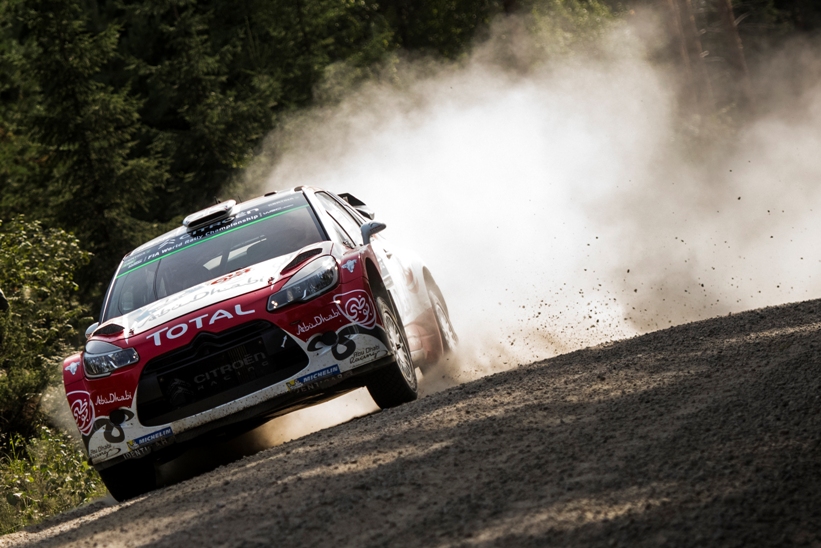 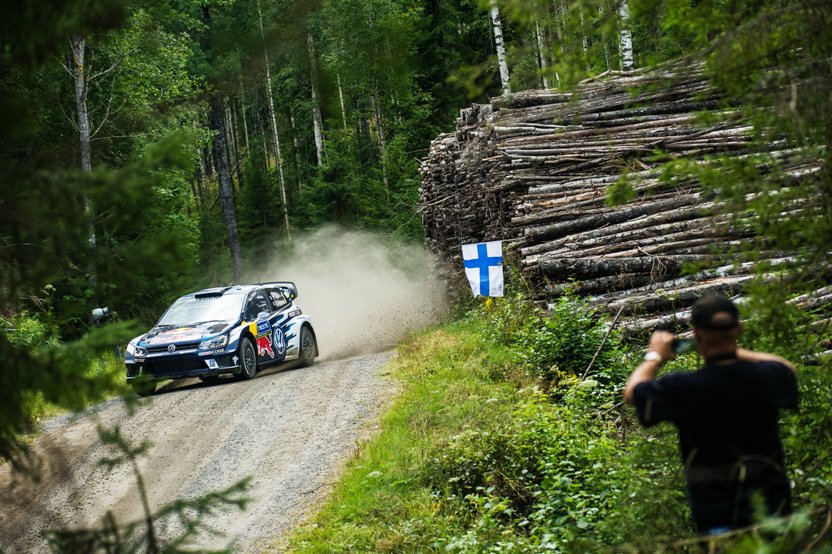 Ogier out of contention after ditching Polo

On a rally where Nordic drivers normally hold sway, the Northern Irishman won four speed tests to lead by 18.1sec in Citroën’s DS 3 from local hero Jari-Matti Latvala, who is chasing his third consecutive victory on home ground.

It was a disappointing day for FIA World Rally Championship leader Sébastien Ogier. The Frenchman was third until he slid his Volkswagen Polo R into a ditch three stages from the end and dropped 16 minutes.

Meeke, returning to action for the first time since winning in Portugal in May, took the lead in today’s opening test. He took advantage of drying conditions, which hindered the early starters on the gravel-strewn roads this morning to build an 18.8sec lead at the midpoint. He added two more stage victories this afternoon to his earlier double.

“I tried to manage the car this afternoon but you need so much commitment on these roads to be fast. We were able to hold the gap but tomorrow could be a different story on the big stages, which we drive in the opposite direction to normal. I’ve not had this type of control in years gone by, but it’s coming now,”said Meeke.

Latvala would have been closer but for a mistake this morning when he ran wide in a downhill bend and hit a bank. The impact punctured his Polo R’s rear left tyre and he limped to the finish losing 15sec.

Thierry Neuville, Andreas Mikkelsen and Craig Breen traded places all day in what turned out to be a fight for third after Ogier’s error. Mikkelsen held the initiative until a visit to a ditch in the penultimate stage allowed Neuville ahead.

The Belgian struggled with the handling of his Hyundai i20 on the loose roads early on but ended 1.1sec ahead of Mikkelsen’s Polo R. Breen was fifth in another DS 3, despite overshooting a junction, with Hayden Paddon sixth after similar set-up problems to team-mate Neuville.

Mads Østberg was seventh in a Ford Fiesta RS ahead of the similar car of Ott Tänak. Tänak was just 0.7sec behind Meeke until his steering broke after a heavy landing and he plunged to 10th. He fought back to seventh before a puncture cost more time. The Estonian’s consolation came with three stage wins.

Eric Camilli was ninth with WRC 2 leader Esapekka Lappi completing the top 10. Kevin Abbring survived despite broken suspension but Yazeed Al Rajhi and Marcos Ligato both went out after rolling.

Tomorrow is the longest of the weekend with 150.48km of action. Drivers tackle two identical loops of four stages south-west of Jyväskylä. Each loop begins with the massive jumps of the 33km Ouninpohja, regarded as the sport’s biggest test of bravery and commitment.