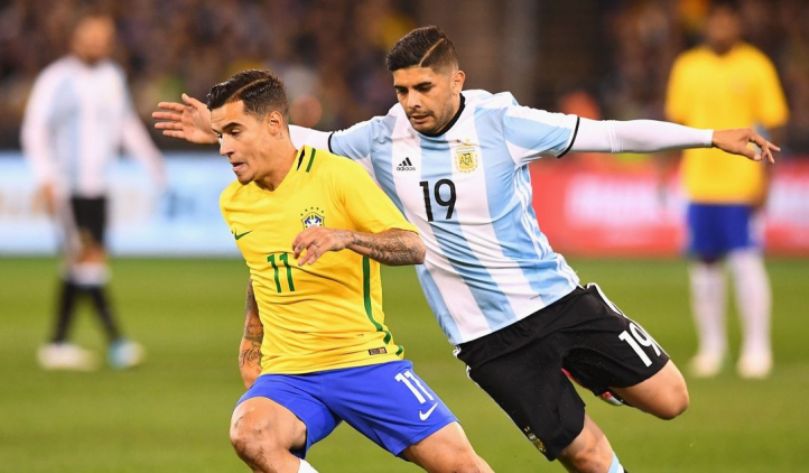 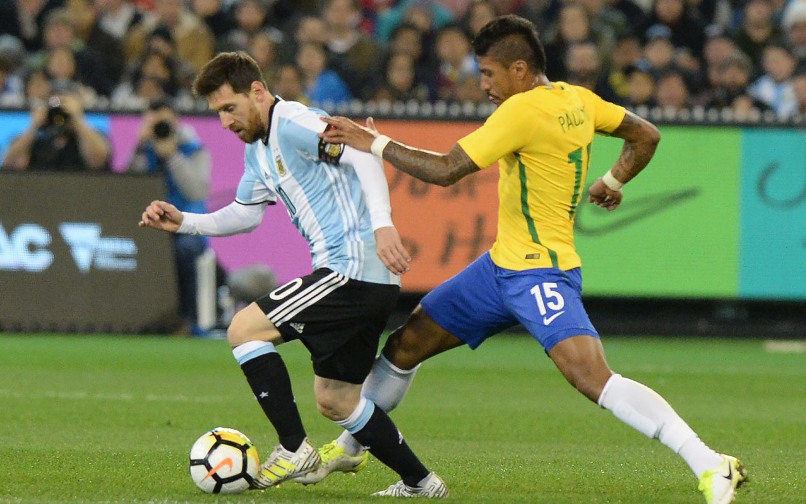 Argentina gained a confidence-boosting 1-0 win over Brazil in their Superclasico in Melbourne Friday ahead of their make-or-break World Cup qualifiers later in the year.

A goal from Sevilla defender Gabriel Mercado right on half-time proved the eventual winner as Argentina matched the world’s number one ranked Brazilians before 95,000 fans at the Melbourne Cricket Ground.

The two-time world champions and second ranked team are struggling outside the automatic qualifying positions in fifth spot in the South American group with four games left while Brazil have already qualified for Russia next year.

Argentina have a friendly in Singapore next week ahead of their crucial next qualifier against Uruguay in Montevideo on August 31.

In manager Jorge Sampaoli’s first game in charge Argentina weathered a second-half fightback from Brazil with Gabriel Jesus and Willian hitting either posts in one flurry on goal.

Argentina’s superstar and skipper Lionel Messi was largely contained by the Brazilian defence, but thrilled the crowd with his touches, flicks and darting runs in his much-anticipated appearance in Australia.

Mercado put Argentina ahead just on half-time with a tap in after Nicolas Otamendi’s header came off the upright into his path.

The Argentines had more of the play with Paris Saint-Germain’s Angel Di Maria a constant threat on the left.

Brazil’s best chance came midway through the opening half when Chelsea’s Willian was set free and he found Liverpool’s lively Philippe Coutinho in Argentina’s penalty area.

Coutinho checked inside and lined up a shot but a diving tackle by Otamendi smothered the scoring chance.

Brazil had several chances to score in the second half with Manchester City’s Jesus and Willian both hitting either post in a flurry in Argentina’s goal-mouth in the 62nd minute.

Willian was a constant threat with his searing pace and one of his pinpoint crosses almost led to another goal chance for Jesus.

Messi was sent tumbling by Rafinha late in the game which earned the Brazilian substitute a yellow card.

Jesus failed to finish the match when he was carried off after collecting an elbow in the face in a challenge in the final minutes. – Agence France-Presse