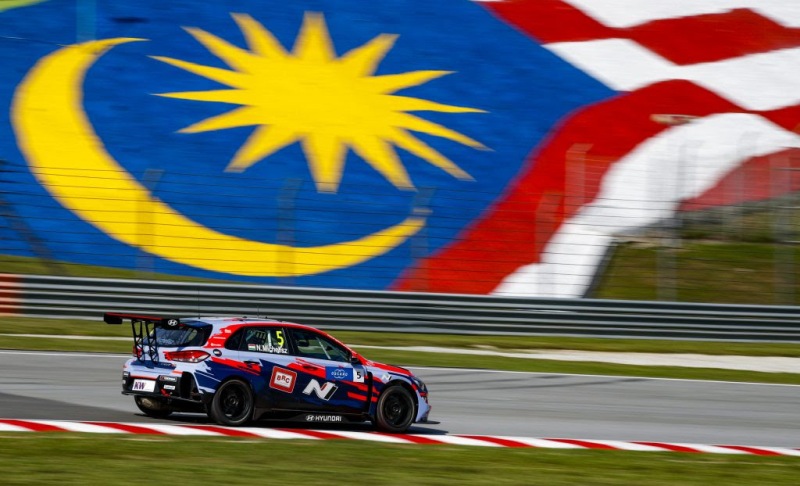 The BRC Hyundai N Squadra Corse driver, who was fastest in the opening practice session this morning, set a best time of 2m13.748, which was nearly four-tenths of a second quicker than the Comtoyou DHL Team CUPRA of Aurélien Panis, while ALL-INKL.COM Münnich Motorsport Honda driver Nestor Girolami rounded out the top three.

“I was quite happy with the car and my performance,” said Michelisz. “The laps were some of the best of my career. I started with an aggressive strategy but within the limits. I must thank the team for this today, it was a perfect performance. I take the glory, but I think I gained a little bit of time thanks to the slipstream.”

Hungarian Michelisz’s third DHL pole of the season gives him the maximum five points for the First Qualifying session and increases his points margin over ALL-INKL.COM Münnich Motorsport’s Esteban Guerrieri from nine to 14 ahead of Race 1 on Sunday.

Free Practice 2 pacesetter Mikel Azona was fourth fastest in his PWR Racing Cupra, having been the nearest challenger to Michelisz for the majority of the 30-minute running.

Niels Langeveld and Kevin Ceccon were P11 and P12 respectively, while Brazilian João Paulo de Oliveira ended up as the fastest wildcard for KC Motorgroup in P13, followed by Tiago Monteiro, Daniel Haglöf and Muller.

Mitchell Cheah was the fastest of the three Malaysian wildcards, a mere 1.6s off pole, such was the close nature of the session. The country’s MotoGP star, Hafizh Syahrin, was P29 at the end of his first qualifying session in an international car race, his second of all.