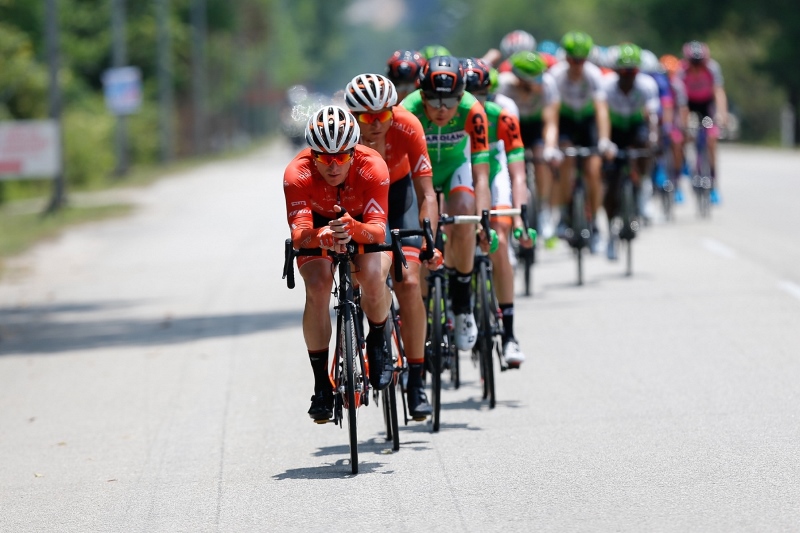 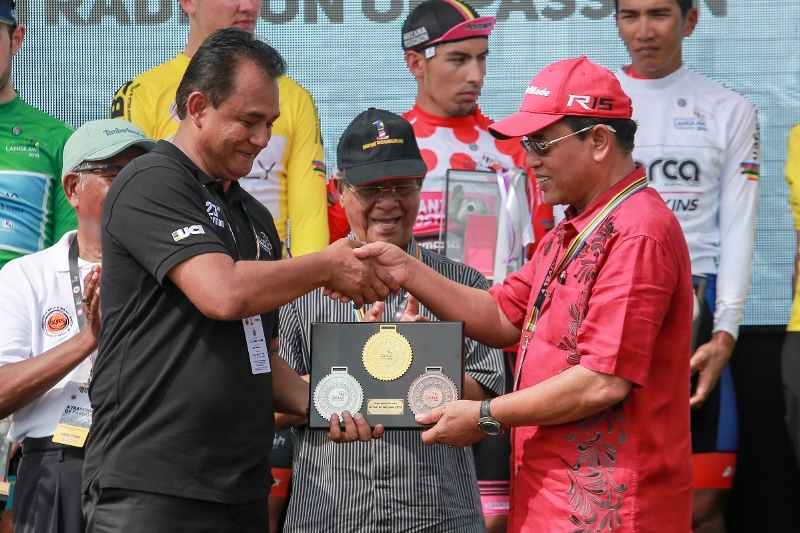 His second win after bagging Stage 2 from Gerik to Kota Bharu on Monday, was a more meaningful one for the 22-year old Italian Minali, as he beat LTdL legend and record stage winner Andrea Guardini of Bardiani-CSF at the finish line.

Minali also ascended into the lead of the points classification, taking over the green jersey from KSPO-Bianchi’s Kim Daeyon.

The end of the 183.8km stage saw Minali leader the peloton over the line in 4 hours 10 minutes and 14 seconds, ahead of Guardini in second and TSG’s Harrif Salleh, who brought cheers to the home crowd with his first podium finish in this year’s race in third.

The polka dot jersey for the leader of the mountains classification remained with Manzano Postobon’s Bernardo Albeiro Suaza, while local hope Nik Mohd Azwan Zulkiflie of Forca Amskins retained the white jersey as the Asian riders’ classification leader after finishing 10th in the stage.

Despite the threat of an early breakaway in today’s stage, comprising six riders – Rustom Lim dan Arjay Peralta (7-Eleven); Zhang Zheng (Hengxiang); Choi Seongwoo (KSPO); Muhammad Nur Aiman Zariff (Sapura) and Sarawut Sirionnachai (Thailand Continental) – which swept all theee intermediate sprints and the sole classified climb of the day, the peloton pressed on to control the time gap and be reunited with them and bring it to a bunch sprint finish.

A maximum gap of 5 minutes and 10 seconds was opened up by the breakaway before Sarawut was dropped and the peloton, led by CCC Sprandi Polkowice and Astana, steadily worked to close the gap and reel in the breakaway group 10km from the finish.

“The flat stage today suited the sprinters, thus I conserved my energy for the bunch sprint,” said Minali.

Mitchelton-BikeExchange’s Callum Scotson tried a daring last ditch solo attack inside the final 10 kilometres, but the peloton worked swiftly to bring him back in the final kilometre.

“I started my sprint earlier, thus I am happy to have managed to maintain my position at the front to fend off Guardini. Today’s victory was a bit sweeter than the first one because Guardini was not there in the bunch sprint in Kota Bharu,” said Minali, son of famous Italian sprinter of the 90s Nicola Minali.

Minali said Astana have come to the LTdL this year with the target of the overall general classification through Yevgeniy Gidich and the points classification jersey which he currently holds, and the Kazakh team will try to defend both jerseys until the final stage in Kuala Lumpur.

Meanwhile, in the yellow jersey for the second day, Adam de Vos of Rally Cycling, said after working hard in the breakaway for his victory in Kuala Terengganu yesterday, he had decided to just sit in a comfortable and safe position at the finish to maintain his overall lead.

“My teammates protected me throughout the day and despite some breakaway attempts, they were never a major threat to the peloton and I didn’t really feel much pressure today,” said de Vos.

“Overall, I feel happy with my physical condition today, which is good in preparation of the mountain stage in Cameron Highlands where we will try to defend the yellow jersey.”

De Vos leads the general classification with a total time of 16 hours 55 minutes and 45 seconds, 14 seconds ahead of second placed Nik Mohd Azwan.

For Nik Mohd Azwan, who finished the stage in a creditable 10th spot, his focus is to ensure that de Vos is close by as he is also in with a chance to bag the yellow jersey.

“Today was expected to finish in a bunch sprint, thus I just rode cautiously in the bunch to arrive safely at the finish, despite having to deal with crosswinds all day,” said Nik Mohd Azwan.

“I hope to be able to retain this white jersey to the finish and my personal gial is to be able to challenge for the overall general classification. I am not considered a good climber, but I will try my best in the mountin stage to Cameron Highlands tomorrow,” saod the 28-year old from Pasir Puteh, Kelantan.

Meanwhile, Harrif, who was involved in a fracas with Giant Cycling’s Chen Zhiwen at the end of Stage 3 yesterday which resulted in the latyer being booted out of the race, said the incident did not affect him and he was fully focused on his chase for a podium finish.

“I know my sprint is as good as Guardini or Minali and today I tried again, and I’m happy with this third spot,” said Harrif.

“Before the race today I met Chen and we shook hands. So, there is no issue between us. My focus is now fully on my quest for a stage win in the flat stages after tomorrow,” said Harrif.

LTdL 2018 moves to the much awaited Stage 5 from Bentong to Cameron Highlands tomorrow, where the battle for the general classification will take centrestage.