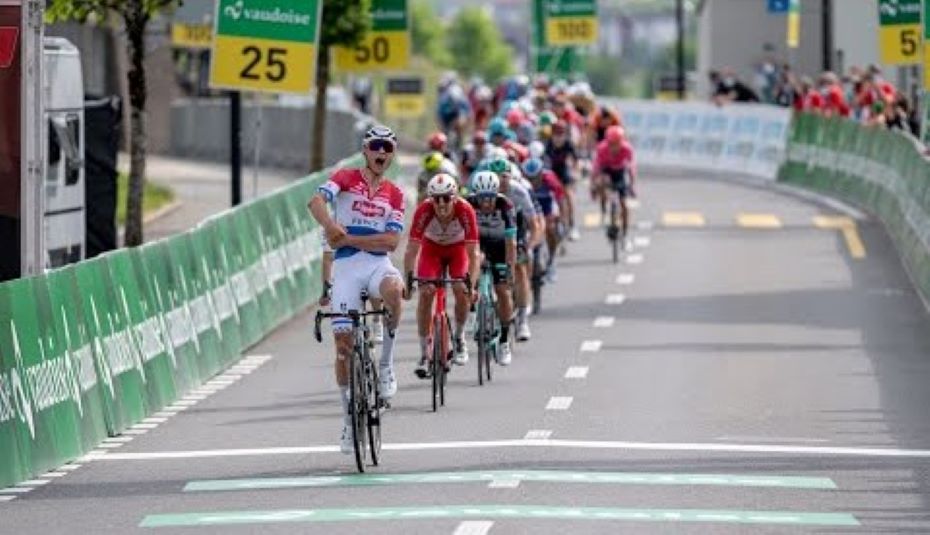 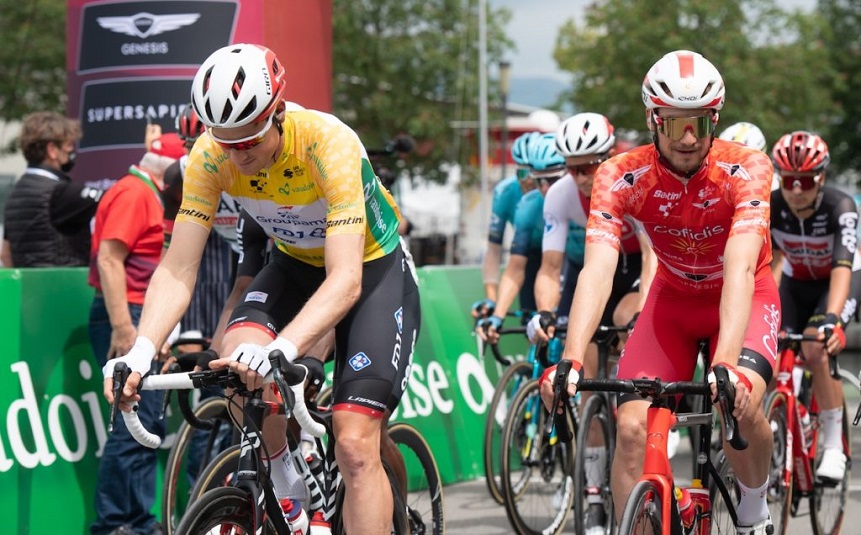 One day after his success in Lachen, Mathieu van der Poel repeated with a sprint victory at the end of the third stage in Pfaffnau. Thanks to his second stage win the Dutch ace replaced Stefan Küng at the top of the general classification.

Küng started the third stage in Lachen with a margin of only one second over Julian Alaphilippe. At the end of the day, the world champion now trails Van der Poel by one second. The all-rounder repeated what he stated after his win in Lachen, that he has no intention to fight for the general classification in this Tour de Suisse: “In the mountains I will not be able to keep up with the best climbers. The Swiss mountain passes are unknown territory for me.”

It’s hard to imagine what’s not within the capabilities of Mathieu van der Poel. He battled with Alaphilippe at the second climb of the day in Rütsch and at the finish line the Flying Dutchman relegated the opposition in the sprint: “This arrival suited me very well. I was determined to give everything. I want to thank my team-mates for their excellent support in the build-up to the sprint.” Their work was needed because fifth-placed Ivan Garcia Cortina steamed away and collected a lead of 16 seconds in the final kilometres.

Just like in Lachen, the pro’s offered the spectators a thrilling finale. The high speeds in the final phase of the race were too much to overcome for the four riders in the long breaaway move: Claudio Imhof, Benjamin King, Rémy Rochas and Mathias Frank. The four road companions for the day attacked shortly after the start and collected a maximum lead of six minutes. Mathias Frank was keen to be in the picture one more time during his final participation in the Tour de Suisse, especially because this third stage – which he coloured – passed by his childhood house in Roggliswil.- www.tourdesuisse.ch