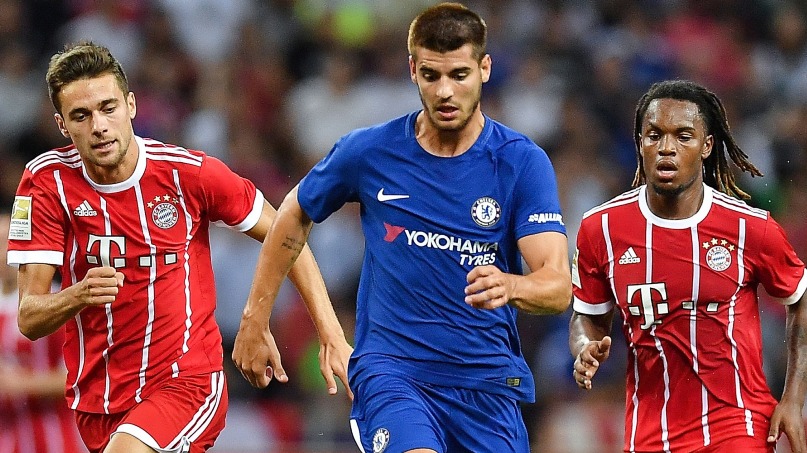 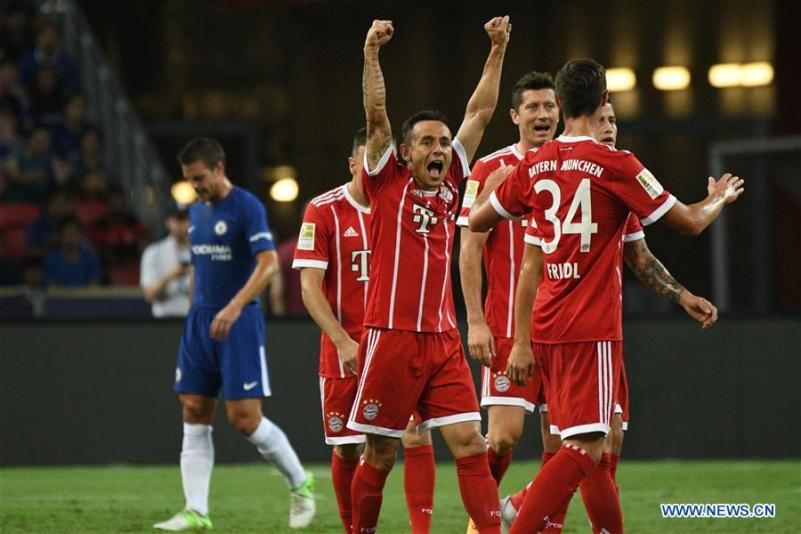 Big-money signing Alvaro Morata made his debut for Premier League champions Chelsea on Tuesday but was upstaged by two-goal Thomas Mueller as Bayern Munich won 3-2 in Singapore.

The Spanish international striker signed for Chelsea from Real Madrid in a deal reported to be worth up to 80 million euros ($92m) last week, and climbed off the bench with about 30 minutes remaining of the match.

But German international Mueller, whose future has been rumoured to be in doubt after Bayern’s loan signing of James Rodriguez, was the outstanding player in a competitive pre-season friendly.

Playing in front of a crowd of over 48,000, it took Bundesliga champions Bayern just six minutes to score with Brazilian defender Rafinha rattling a 25-yard drive past Chelsea goalkeeper Thibaut Courtois, who should have done better.

This time the on-form winger Franck Ribery picked out the unmarked Mueller with a deft chipped cross, and the forward volleyed home in acrobatic fashion.

With Chelsea struggling to find their rhythm and all at sea at the back, a moment of brilliance from Mueller saw the Germans extend their lead, as he curled a shot past Courtois after surging through the centre for 3-0.

After the break both sides struggled to dominate the game with Chelsea substitute David Luiz firing a deflected shot that rebounded off the post in the 72nd minute.

Morata made his mark on the game 13 minutes later, flicking on a corner for Michy Batshuayi to finish.

The game was part of the International Champions Cup, which brings together top-tier teams from Europe. – Agence France-Presse