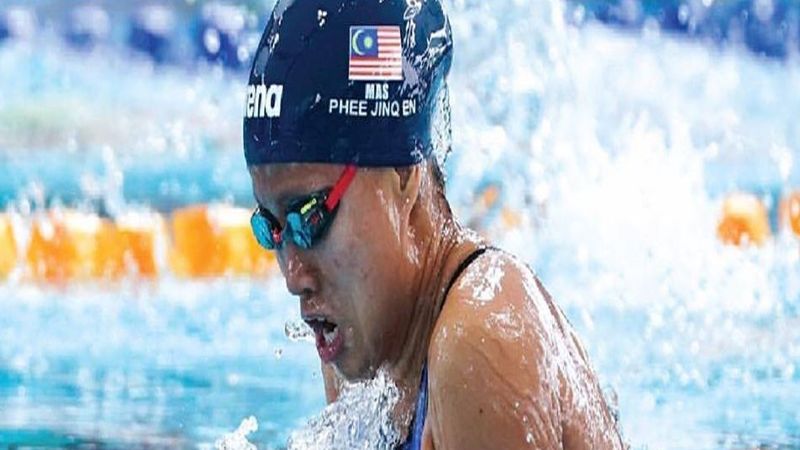 It was a golden outing for Malaysian woman swimmer Phee Jinq En at the New Clark City Aquatic Centre on Friday as she set a new national record in the women’s 50m breaststroke in the qualifying rounds and topped it off with a gold in the final.

It was Malaysia’s first swimming gold in the 30th Sea Games in the Philippines and Jinq En was all smiles as she celebrated with the other two podium finisher Srisa Ard Jenjira of Thailand and Singapore’s Christie Chye.
Jinq En’s rewrote her old mark of 31.46s which she set at last year’s Asian Games in Jakarta with a new record of 31.40.
In the final, the Malaysian equaled the new time – defeating Jenjira who clocked 31.41 for sthe silver and Christie who was timed at 31.43 for the bronze.- BY RIZAL ABDULLAH