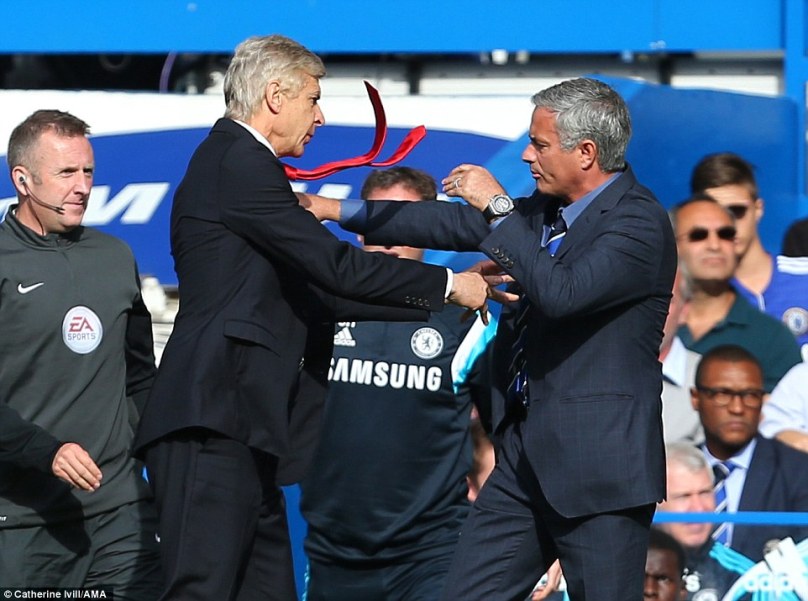 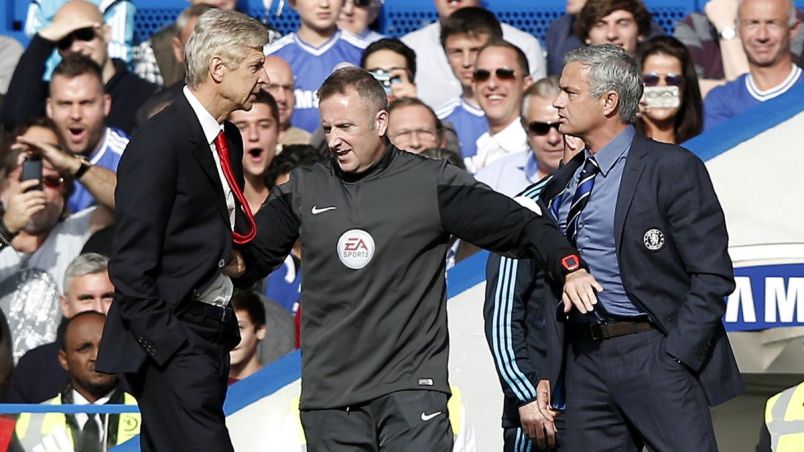 The rivalry between Jose Mourinho and Arsenal manager Arsene Wenger enters a new era on Saturday, with the former now defending Manchester United’s colours, but the old crackle remains intact.

Mourinho branded Wenger a “specialist in failure” in the second of his two spells at Chelsea — one of numerous barbs he has launched at the Frenchman — and he revisited the theme ahead of their reunion.

Indirectly citing the 12 years that have elapsed since Wenger won his third Premier League title with Arsenal, Mourinho claimed he was not afforded the same respect despite having last won the league in 2015.

“Tomorrow, I think between the two managers we are speaking about, I think (there are) six or seven Premier League titles. I have three, he has three or four,” Mourinho told Friday’s pre-match press conference.

“Does that mean we should be respected, even in periods where our results are not the best? I think Mr Wenger has that respect from all of you. I don’t think I have.

“Especially because my last Premier League title was 18 months ago, not 18 years ago. I don’t think I get that respect.”

Sparks often fly when the pair have to share a touchline, typified by their notorious shoving match during a Chelsea-Arsenal fixture at Stamford Bridge two years ago.

Wenger has never beaten Mourinho in the league and has not overseen a league victory at Old Trafford since a solitary Emmanuel Adebayor strike gave Arsenal the points in September 2006.

But with Arsenal six points above United in fourth place, it is Wenger who currently enjoys the upper hand and he dismissed suggestions Mourinho has some kind of hold over him.

“You know, we didn’t lose always,” said the Arsenal manager, whose side will provisionally top the Premier League table and leave United nine points behind them if they win.

“We have beaten them and there were many draws as well. I think I have won against every manager in the world during my 20 years here and I do not make this game a competition between two managers.

“It’s between two clubs and two teams. I can understand that people want to create controversy, but it’s not that that makes the audience.”

Wenger will make a late call on the fitness of Alexis Sanchez, who did not report back from international duty with Chile until Friday.

Sanchez scored twice for Chile in a 3-1 World Cup qualifying win over Uruguay on Tuesday, despite Wenger warning beforehand it would be “suicidal” for him to play due to a hamstring problem.

Arsenal will definitely be without right-back Hector Bellerin and central midfielder Santi Cazorla, who have ankle and Achilles problems respectively.

Wenger’s selection problems pale by comparison beside those troubling Mourinho, whose side have won just two of their last eight league fixtures.

Centre-backs Eric Bailly and Chris Smalling will miss the game through injury, along with suspended top scorer Zlatan Ibrahimovic, and there are doubts over Antonio Valencia, Luke Shaw and Marouane Fellaini.

But Mourinho has declared Wayne Rooney fit, after he withdrew from England duty with a minor knee injury.

Obliged to apologise after being pictured looking the worse for wear as he mingled with guests at a wedding party at the England team hotel last weekend, Rooney is expected to start on the bench.

With Rooney doubtful and Ibrahimovic banned, 19-year-old Marcus Rashford could make a rare start up front, nine months after inspiring United to a 3-2 win over Arsenal on a storming Premier League debut.

“The man who killed us last year was Marcus Rashford,” Wenger recalled this week. “He took us completely by surprise.”

Arsenal have not lost away from home in the league since and should they end their 10-year wait for league success at Old Trafford, Wenger will leave a sizeable dent in Mourinho’s title ambitions. – Agence France-Presse